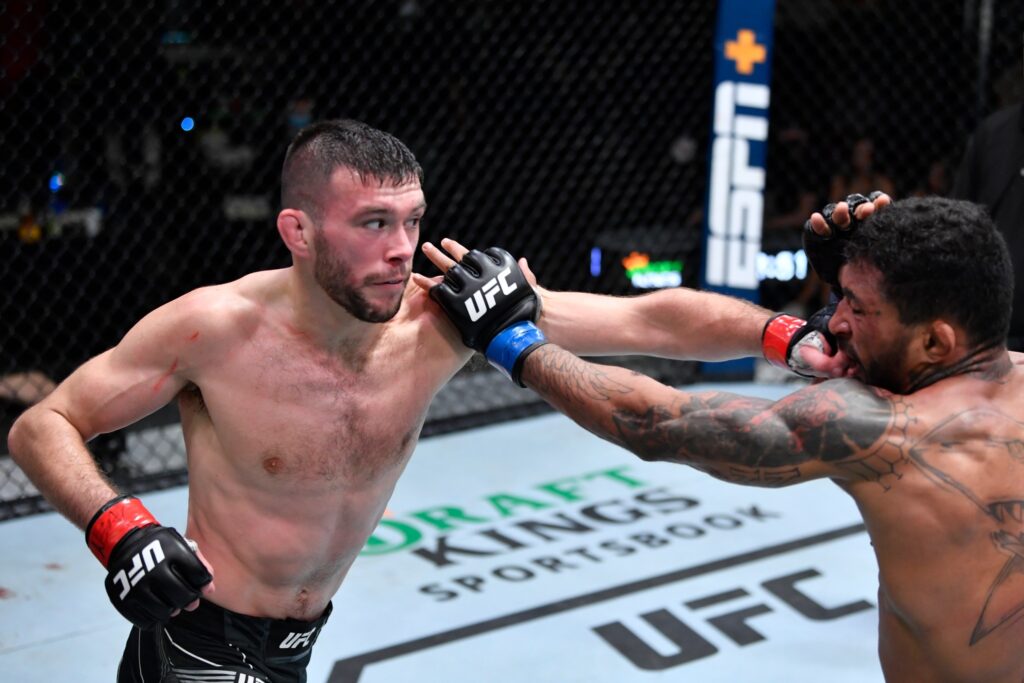 Many of us talk at nauseum about the Lightweight division, this writer included. However, if you head ten pounds south there is plenty of excitement at Featherweight. UFC on ABC 3 of course has a Featherweight main event with Ortega vs. Rodriguez, but also holds two other can’t miss match-ups.

Bill Algeo and Billy Quarantillo kick things off for the Featherweights this Saturday in Long Island. Algeo made his UFC debut on short notice in a Fight of the Night bout with Ricardo Lamas in 2020. Most recently he earned a unanimous decision win over Joanderson Brito. Quarantillo, 4-2 in the UFC, is coming off a loss to Shane Burgos. Both Quarantillo and Burgos combined for 357 significant fights, a UFC record for a three-round fight. Both Algeo and Quarantillo are tough as hell with high output, definitely tune in to the prelims for this one.

On the main card the aforementioned Shane Burgos takes on Charles Jourdain. Both fighters are coming off wins, Jourdain with a submission of Lando Vanatta and Burgos with the win over Quarantillo. Burgos is a four-time Fight of the Night recipient known for his aggressive pace, strength and toughness. Burgos has fought some of the grittiest in the division, such as Calvin Kattar and Josh Emmett. Jourdain fearlessly pushes forward with an array of striking attacks. Jourdain’s durability was on display in his win over Doo Hoo Choi, where he suffered a knockdown but came back to win via TKO. The combination of both Burgos’ aggression and Jourdain’s pace and durability should lead to fireworks.

These four Featherweights combine for a total of seven Fight of the Night awards and are some of my personal favorites to watch. Both of these fights make for non-stop pace and excitement. This Saturday, tune in to the preliminary card at 11am EST on ESPN+ and the main card at 2pm EST on ABC/ESPN+.