Straightening Out the Welterweight Division 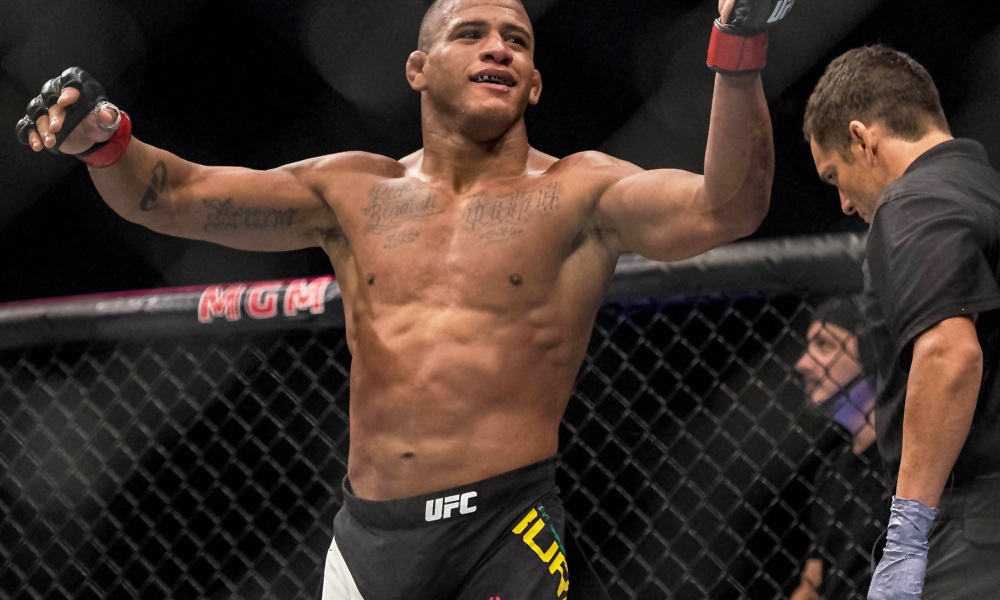 In last Saturday’s main event we witnessed a changing of the guards in the welterweight division when Gilbert Burns dominated former champ Tyron Woodley for twenty-five minutes.

After his victory Burns respectfully called for his title shot against his teammate Kamaru Usman.

“C’mon I love the champ, my training partner Kamaru Usman, but give me a shot,” Burns said. “Dana White, Hunter, Sean Shelby, Kamaru I wanna fight for the title…I have a lot of respect for you, but I think I’m next.”

How will Dana White and the matchmakers straighten out this mess? A good mess albeit.

Burns called it when he claimed that he would have a number one ranking next to his name at the beginning of the week. He’s officially the number one contender on paper and I believe he is next up to face Usman.

Burns is currently riding an impressive six fight win streak and is undefeated (4-0) at 170 pounds. Meanwhile, Colby Covington deserves a rematch with Usman, but I don’t see it happening right away. Furthermore, Masvidal is rumored to want the big money fight and not entirely interested in fighting for the belt. Lastly, Dana has made it pretty clear that Edwards is going to have to win one more before he gets his shot at the belt.

Usman and Burns are training partners so there won’t be any bad blood, but it will make for a helluva match-up.

I expect this to be largely a stand-up bout, but both of them are comfortable pretty much wherever the fight goes.

Who doesn’t wanna see this fight? Former friends turned foes and not to mention two extremely entertaining fighters and personalities. The lead up would be a blast for this one and so would the fight itself.

Whoever wins this one will undoubtedly have the next title shot; if they so choose. Masvidal has made it known that he wants whatever fight will make him the most dough, and a title fight isn’t always necessarily the route to take. As for Colby, an immediate rematch would have been in order if there weren’t so many other contenders. A win over Masvidal will reward him the chance to avenge his loss to Kamaru.

Leon “Rocky” Edwards last loss came back in December of 2015 to the current champ Kamaru Usman. Since then, he’s beaten Vincente Luque, Bryan Barberena, Donald Cerrone, Gunnar Nelson, and Rafeal Dos Anjos. That’s about as good a run as what Burns is on, but yet Edwards still doesn’t get a title shot.

Goes to show the depth of talent in the welterweight division.

Woodley and Edwards were supposed to fight back in March, but it was canceled due to COVID. This fight still makes sense however. Edwards is ready to fight and I think Woodley will be eager to show he can still compete with the upper echelon of the weight class.

If Leon beats Woodley there’s no way he fights again unless it’s for the welterweight belt.

Conor McGregor is not listed above because I do not see him fighting at welterweight, unless it’s against Nate Diaz. Most likely, Conor will sit out and wait for the winner of Khabib/Gaethje.

With or without McGregor, the welterweight division has a surplus of talent at the moment which is a great thing for the UFC.