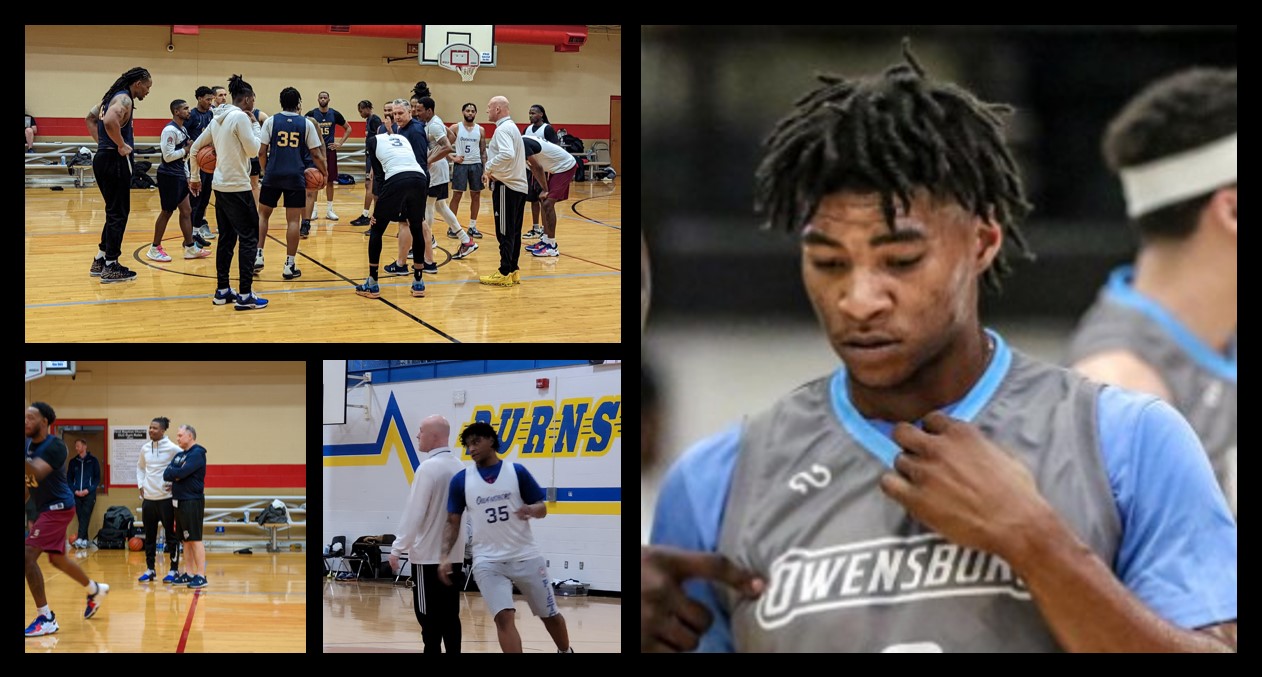 Last Thursday night, a confluence of storms rolled into the downtown Owensboro area, going from a warmer day to a blustery, frigid night.

But that wasn’t the only thing to blow into town … 17 basketball players hoping to catch on with the Owensboro Thoroughbreds showed up as well, along with owner Chris Allison, head coach Mark Anderson, and assistant coach Brad Zellner.

It was all a microcosm of how the Thoroughbreds ended last season, going cold against the Kokomo Bobkats despite playing Game Two in an arena that had no air conditioning, but was as packed as a playoff game should be.

The run would be finished a couple of days later in Indianapolis, but like every spring, the Thoroughbreds begin anew.

With training camp beginning bright and early on the morning of February 18th, Coaches Anderson and Zellner were up with the morning sun, registering and welcoming their training camp participants and hopefuls, and getting started with their first practice at 8 a.m. sharp. 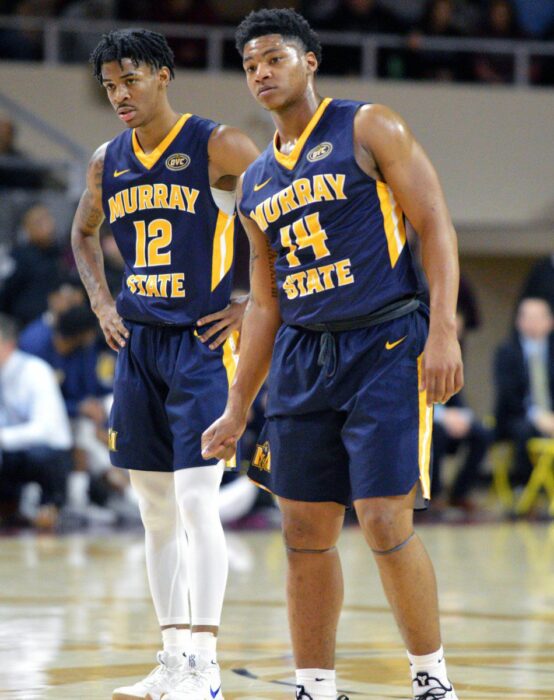 The turnout featured returning players such as Jaiveon Eaves – who hails from nearby Madisonville, Kentucky – and Darhius Nunn from last year’s squad, and also saw the return of Davon Hays from the 2020 lineup.

Not only did Eaves return looking more bulked up than he did a year ago, but one could personally recognize Eaves first by hearing his energetic and steady clap, encouraging everyone at the camp like he infectiously did all season last year.

Basketball purists might recall Eaves was a backcourt teammate of the Memphis Grizzlies’ Ja Morant when both were at Murray State.

Nunn, who hails from Palm Beach Atlantic, looks well polished in his return as the steady-Eddie point guard from a year ago, looking even better and more ready this time around, and poised to lead this team from the outset.

Hays – of Southeast Louisiana fame – fit right into the flow like he’d never left the ‘Boro, and it’s that consistency that Allison and Anderson looked for in bringing him back to The O.

One of the things that the ‘Breds seemed to lack last season was a beefy presence inside the paint, which big men like Albert Jackson and Alexander Arellano seem to bring. Jackson is a University of Georgia product, while Arellano comes over from Heidelberg.

You can still see Wilford’s love of the game, and his presence as well as his encouraging words energized the team. His camaraderie with the other athletes loosened up the gym, bringing some pizzazz in the afternoon session, where Wilford was offering words of encouragement to all and featured his game emcee skills.

Where the morning session seemed to show who had the energy and who hadn’t been on the court in a while, the evening session had every donning their best kicks, better knowing Coach Anderson’s and Coach Zellner’s routines and expectations, and streaking up and down the court at Burns Middle School more than they did that morning.

The evening session seemed to bring out even more hopefuls, but with a limited number of days until the team tips off the first game of the season on Friday, March 5th against Toledo Glass City in Toledo, the coaches had their work cut out for them.

That’s right, in the TBL, teams have about 11-12 days to field a team, trim the roster, and initiate the season with their systems in place.

That includes the teams that Owensboro will compete against: Toledo, Detroit, Kentucky, Lebanon, Medora, Indy, Flint, and yes, those Kokomo Bobkats, who they’ll rematch with in that same gymnasium on March 25th.

The Owensboro Thoroughbreds’ home opener is on Sunday, March 20th against the Indy All-Americans.

The roster has been pared down to 10 players who will play home and away games, and an additional two (*) who will dress for home games. Those players are: 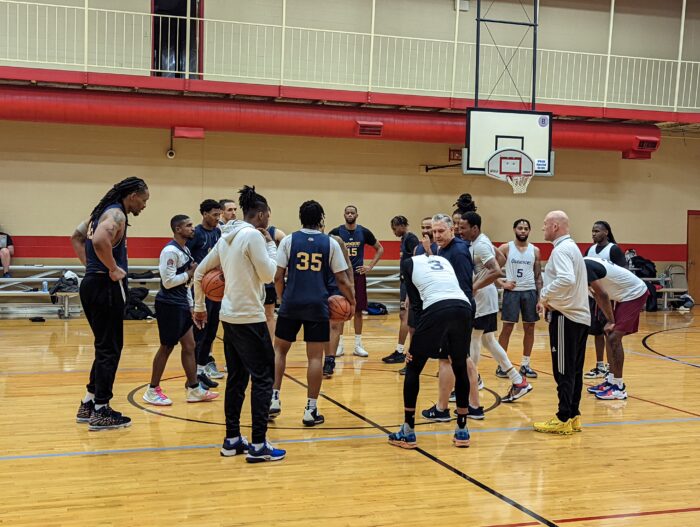 Morey Gets His Man, Russ Stays, as Do Grant and Harris
Is Anyone Going to Step Up and Take Accountability?