The Main Event For The HARD TO KILL PPV On Jan. 16, 2021 Is Confirmed: Kenny Omega & The Good Brothers vs. Rich Swann & The Motor City Machine Guns 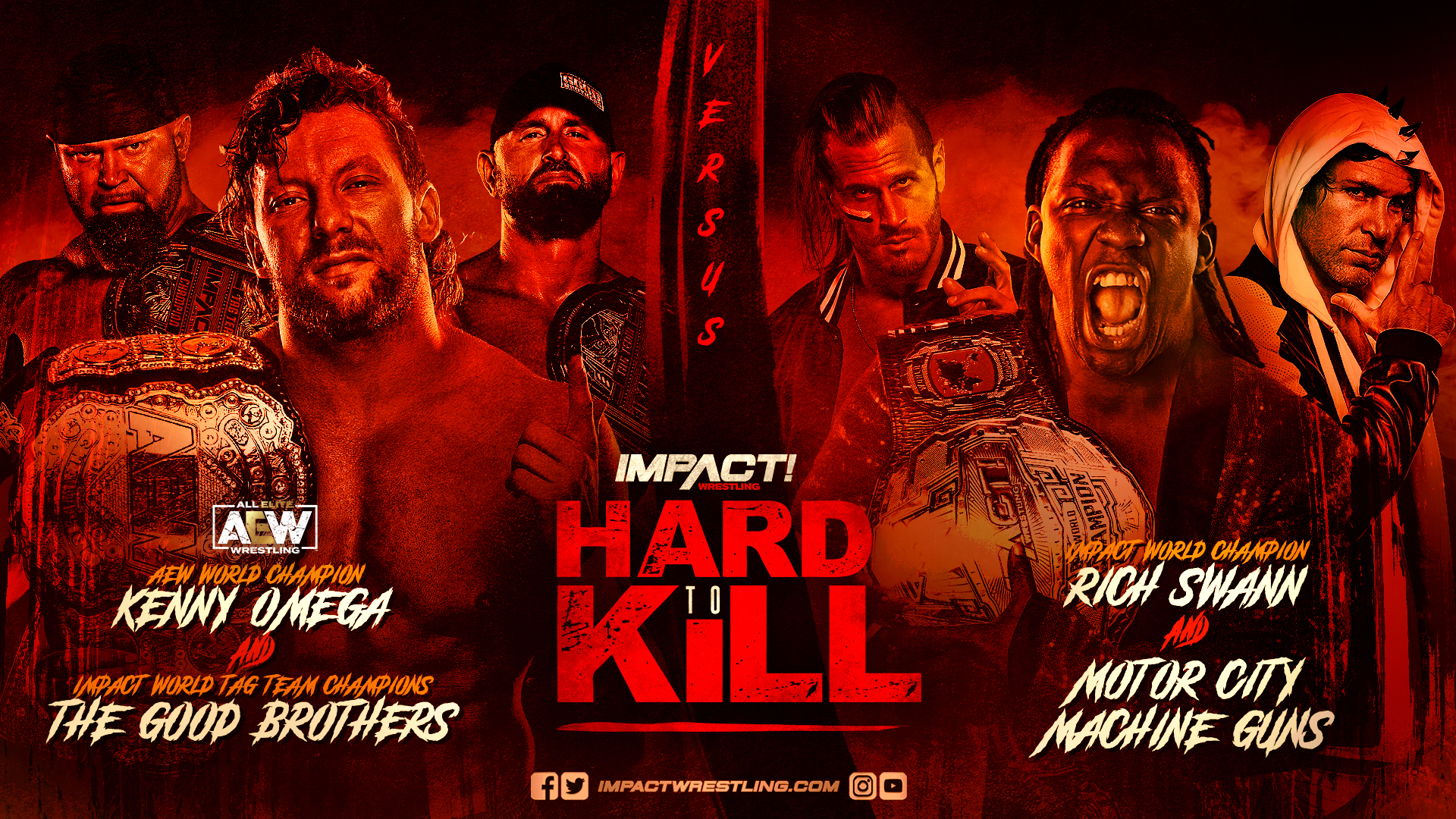 The main event of IMPACT Wrestling’s first Pay-Per-View of 2021, HARD TO KILL, was made official just moments ago, sending shock waves around the wrestling world.

HARD TO KILL IS AVAILABLE TO PRE-ORDER NOW ON FITE TV.

Using his authority as IMPACT Executive Vice President, Don Callis made the match following a wild backstage brawl on IMPACT! on AXS.

After rendering Swann unconscious by assaulting the IMPACT World Champion with a sign, Omega added insult to injury. “This may be your house,” he told Swann, “but as long as you are a wrestler, you are living in my world.”

Flanked by The Good Brothers, Omega also referenced the Bullet Club, the name of the infamous faction they were all members of while competing in Japan.

Looking directly into the camera as if to address fans watching on AXS TV, Omega said: “You guys wanted it, we’re gonna give it to you!”

Omega, Callis and The Good Brothers had departed the arena when Swann and The Motor City Machine Guns recovered from the assault.

Speaking for all three of them, Swann said: “We are going to clean up The Good Brothers and ‘The Cleaner’, and sweep their asses out the door.”

Reached backstage just moments ago, IMPACT Wrestling Executive Vice President Scott D’Amore had the following reaction: “We promised a can’t-miss episode of IMPACT Wrestling tonight – can anybody argue that we didn’t deliver? Challenge issued, challenge accepted. It is on! It is official!

“At HARD TO KILL on January 16, two great champions – Rich Swann and Kenny Omega – will join two of the toughest tag teams in the world – the Machine Guns and the Good Brothers – and fight it out in an historic six-man tag match.”

Callis, meanwhile, had a briefer statement when reached by phone.

HARD TO KILL will be available on Pay-Per-View in North America on Saturday, January 16 at 8pm ET/5pm PT on InDemand, DISH, DirecTV, Vubiquity, Rogers, Bell, Shaw, Sasktel. It will be available around the world digitally via FITE TV (pre-order NOW