The NL West is MLB’s Best Division, But A Clear Leader Has Yet to Appear 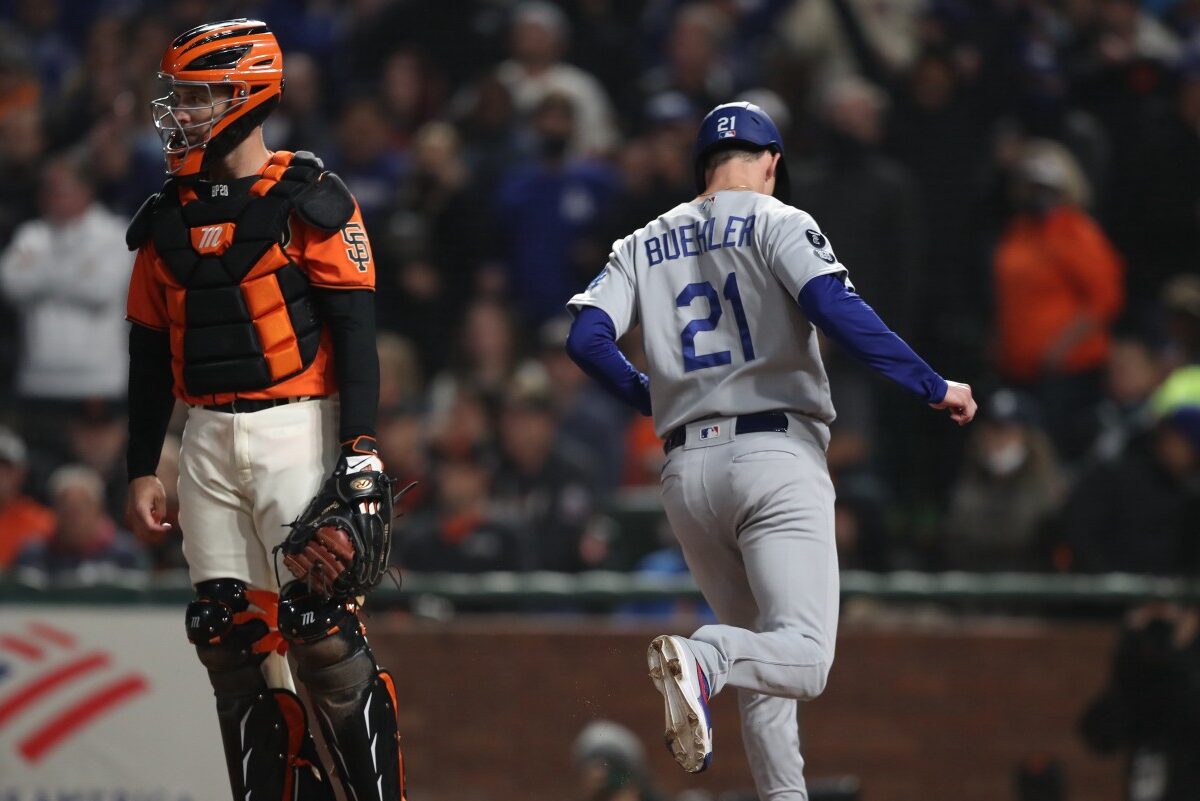 The NL West has been led by the Giants almost all season long, but this weekend’s marquee series gave the Dodgers a chance to take control.

Clearly, the NL West is baseball’s most competitive division. Over the weekend, the two best teams in baseball began a 3-game series to determine a true leader. The series had the power for San Fran to regain a comfortable lead or fall behind the boys in blue. Throughout the year, the Giants have shocked the baseball world with their utter dominance. Few expected them to be relevant whatsoever, let alone them having baseball’s best record. Conversely, the Dodgers had complete confidence in their team to be back-t0-back World Champions. Instead, the Dodgers may not even come out atop their own division.

Nonetheless, these two ballclubs have established themselves as frontrunners for the Commissioner’s Trophy. Therefore, these three games were extraordinarily vital towards playoff implications. Before Friday night’s game, the season series was tied, and I mean literally tied. After 16 games, the Dodgers and Giants were dead even with 8 wins and 68 runs apiece. Therefore, their final matchup this season was sure to be as competitive as the regular season gets. Here’s how Game 1 went down…

Anthony Desclafani would start the series opener for San Francisco. Whereas the Dodgers were going to have a bullpen day. Desclafani has been very good all season, except against the Dodgers. In his 21 IP, Desclafani posted a 9.43 ERA, almost triple his season average. However, this time around, things were different. Desclafani was dominant, ending with 6 IP and no earned runs. The Giants seemed poised for another victory, with Desclafani handing it over to baseball’s best bullpen.

Nonetheless, the Dodgers’ lethal hitters eventually came around. With two outs in the 9th, Los Angeles finally got into the score column and tied the game at one run apiece. Of course, after over 140 innings together, game 17 between the Giants and Dodgers went into extra-innings. After both teams traded one run in the 10th frame, another inning was needed.

In the 11th, LA threatened with runners on the corners, but Brandon Crawford’s brilliant defensive play helped keep them off the board. For the second straight inning, the Giants were able to cut down runners heading home. It was now San Fran’s turn to take control of the game, series, and division. In the bottom of the 11th, Buster Posey came to the plate with two outs and the bases juiced. LA’s Evan Phillips appeared to get out of it by forcing Posey to hit a grounder to Trea Turner. Instead, this happened…

Game 2: Dodgers Rally Behind Julio Urías to Tie Up the NL West

The Saturday showcase game would be much more one-sided. On the bump for LA was Julio Urías and his league-leading 15 wins. On the other end, the Giants opted to use Game 2 as a bullpen day. A plan that failed tremendously. Just 5 pitches into Jay Jackson’s start, he surrendered a solo blast to Trea Turner. Furthermore, Jackson would only get worse from there. After giving up 3 earned runs and recording just one out, Jackson was already pulled.

The Giants tried to bounce right back, though. Buster Posey came up big yet again, doubling in a runner from second. However, that would be all we saw from San Francisco hitters. Urías pitched a solid 5 2/3 innings with 8 strikeouts, putting him in the position to win a 16th game. It was up to LA’s bullpen to shut the door. And the third-best bullpen in baseball did just that. With only 10 outs remaining, the Dodgers pen nearly faced the minimum, giving up a lone base hit.

With some late-inning insurance, the Dodgers’ won 6-1, tying up the season series and the NL West. It would come down to Sunday Night Baseball to determine a frontrunner.

Coming to Game 3, it looked like the Dodgers would be in a better position to win. With Walker Buehler on the hill, the Dodgers have been pretty impossible to beat. Buehler leads baseball in games of at least 7 IP without giving up more than 2 earned runs. However, the Giants had other plans. Brandon Belt’s solo homer in the bottom of the 1st opened up the scoring. The Dodgers would bounce back and tie the game at one in the second.

Buehler came back out and continued to struggle. The long ball would not be the problem, though. Instead, Buehler gave up a 2-run triple, followed by a single and double. After two full innings, the game was blown open with the Giants leading 4-1. But Buehler’s problems would only continue from there. In his third and final frame, Buehler gave up two more runs. His day ended with just 3 IP, 6 earned runs, and just one strikeout.

The Giants bullpen did a great job shutting down the Dodger lineup. Heading into the last inning, though, it was a 6-2 ballgame when Albert Pujols took the plate.

The Machine attempted to bring LA back with his 678th career home run. After a lengthy career, Pujols continues to rake lefties and climb higher and higher into the all-time record books. However, his late-inning blast would not be enough as Jake McGee bounced back to close the game. With this win, the Giants regained a full game lead in the NL West. Additionally, their Sunday night victory meant the San Francisco Giants had won the season series versus the Dodgers.

What the Last Month of Baseball Means for the NL West

Since then, both the Giants and Dodgers won their next games, maintaining the full game discrepancy. Neither have a tremendously difficult remaining schedule, but both need to finish out the regular season strong. Winning the division brings that team a huge advantage. Rather than heading to a single-elimination wild-card game, the winner of the NL West will likely have home-field throughout the playoffs.

To think one of these two excellent teams could simply be out of the race after one game is crazy. What would be even more chaotic is seeing these division rivals matchup in a best-of-5 NLDS. All we can do now is wait and see who comes out atop the stacked NL West.