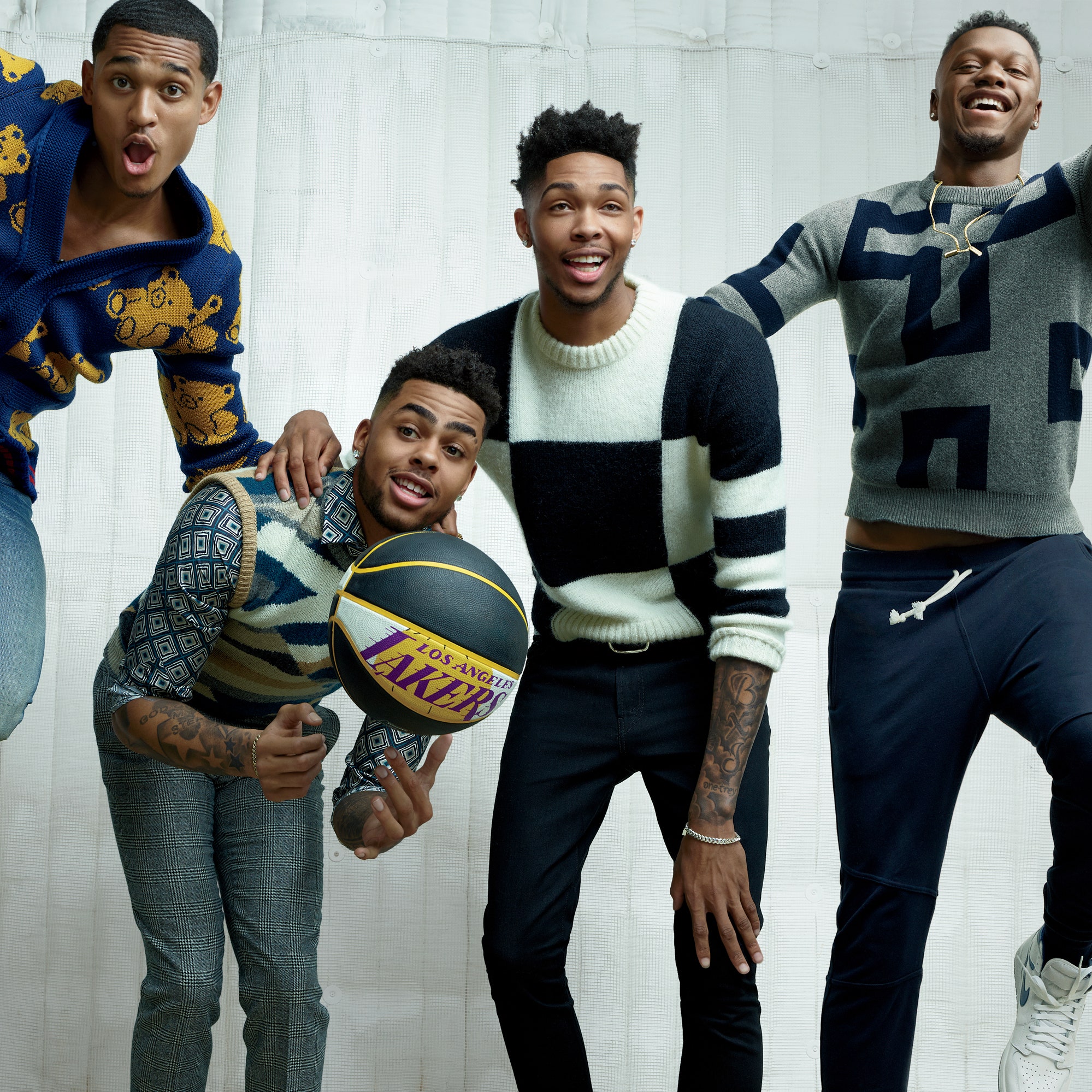 Brandon Ingram, D’Angelo Russell, Juilus Randle, and Jordan Clarkson have received substantial payments from their respective teams. The Los Angeles Lakers’ original young core has accumulated a total of $390M these past two off-seasons. To think not so long ago all four players once suited up together.

Back in the summer of 2019, D’Angelo Russell was a part of a sign and trade deal with the Golden State Warriors worth four-years $117M. The Lakers viewed Russell as the future of the franchise during the 2015 NBA Draft. The Ohio State guard had the tools to become a great. Going number two overall, Russell was the logical choice . Kobe Bryant was heading into his final season and the Lakers wanted Russell to learn as much as possible from the legend. He did not lack confidence and was not afraid of any moment. As we can remember his infamous “Hotline Bling” celebration or having “ice in his veins”.

However, for Russell it wasn’t his talent that was the reason why the Lakers moved on from him. It was the immaturity and lack of being a leader that ultimately was his downfall. After releasing a video of his teammate Nick Young admitting that he cheated on then girlfriend Iggy Azalea, he was never viewed as the same by the team. The team felt hurt and betrayed behind Russell’s act, and some even wanted to fight him. Here is a look at Russell’s stats while on the Los Angeles Lakers. Then President of Basketball Operations, Magic Johnson, discussed the reasoning for trading away Russell to the Brooklyn Nets saying, “he wasn’t a leader.”

After moving on from Russell, the Lakers would take Lonzo Ball with the second overall pick in 2017 replacing the point guard, and with the Nets pick would select Kyle Kuzma. After being traded, Russell has been bounced around from the league from Brooklyn to Golden State and now Minnesota. He earned himself an All-Star selection while in Brooklyn.

Brandon Ingram, the Lakers’ second overall pick in the 2016 NBA draft, recently by the Lakers. Coming out of Duke, Ingram received many comparisons to Kevin Durant. Both had slim, tall frames, but could handle the ball like a guard, not to mention the shooting ability. When arriving in Los Angeles, the ideal situation him and D’Angelo both leading the way. Plans didn’t go as expected for the organization.

Once Russell was traded due to locker room issues, Ingram was seen as the number one option going into his second season. As the number one option, Ingram did show promise averaging 16.1 points, 3.9 assists and 5.3 rebounds, all while shooting efficiently from the field at 47% and 39% from behind the arc.

In his solo season playing alongside LeBron James, the two  did not compliment each other as well as expected. Both need the ball in their hands in order to be successful. Unfortunately, staying healthy and on the court was another big problem for Ingram. In his final two seasons with the team, he played in a total of 111 out of 164, and he would ultimately be  the focal point of the package that would send Anthony Davis to the Lakers. Ingram had career highs this year averaging 23.8 points, 4.2 assists and 5.3 rebounds. He would also earn himself his first All-Star nod.

Like Russell, Julius Randle also signed a lucrative deal in the summer of 2019. Signing a three-year $62.1M deal with the New York Knicks. The Kentucky product was drafted seventh overall in the 2014 NBA Draft by the Lakers. Randle was a bully ball player who was an aggressive paint beast. He could rebound, facilitate, and push the ball in transition.

His rookie debut with the Lakers ended shortly after breaking his leg. Randle was the heart and soul of the team however. His passion and heart was never an issue for the Lakers. He would bring the energy and play with everything he had. He was the first of the young core to arrive in Los Angeles. Being seen as a main piece for the post Kobe era. Kobe had kind words on Randle saying, “he could do everything” and Randle simply could if he worked at it. Randle’s only problems were his lack to look up when driving, body control in transition, lack of shooting, and at times doing too much when it wasn’t needed.

The Lakers would let Randle walk in 2018 as they signed LeBron James to his four-year $154M deal. Randle would find himself in New Orleans for a season before signing his current three-year deal with the New York Knicks.

Jordan Clarkson is staying put with the Utah Jazz after signing a four-year $52M deal. The Jazz six man was a prominent piece for the Lakers in his early years.

Originally drafted by the Washington Wizards in 2014, the Lakers traded for Clarkson for cash considerations. Originally Clarkson would find himself with the Los Angeles D-fenders in the D League. However, when he got the call and moved up the varsity team, he never looked back and showed promise. In the 38 games he started at point guard in his rookie rookie season, he averaged 15.8 points, 5 assists and 4.2 rebounds. Keep in mind Clarkson did not play the first half of the season.

Clarkson’s play with the Lakers earned himself a contract extension in 2016. His new deal was four-year $50M. Clarkson moved to the shooting guard position after the Lakers’ drafted Russell at point. Not to mention having Randle on the block, the Lakers had a potential big three among them.

In 2018 Clarkson found himself in a trade to a contender in the Cleveland Cavaliers. Clarkson would join LeBron James along with Larry Nance, making it to the NBA Finals against the Golden State Warriors. Eventually losing in a sweep.

After the Finals loss, LeBron James left Cleveland for Los Angeles. Stuck in Cleveland, Clarkson did not win many games and simply put up numbers at this point. Fortunately for him, the Utah Jazz found interest in him and traded for the young guard in 2019 to cement the bench unit. Clarkson would become a key piece for the Jazz this past season, giving Donovan Mitchell another ball handling athletic wing to work with.

Lakers fans should be content with the decisions to move on from past the young core as it did result in a championship. Still, it is interesting to look at the success those former Lakers are having in their subsequent situations. Not one of those draft picks proved to be a mistake, and they led directly to the moves that landed the Larry O’Brien trophy in Los Angeles in 2020.