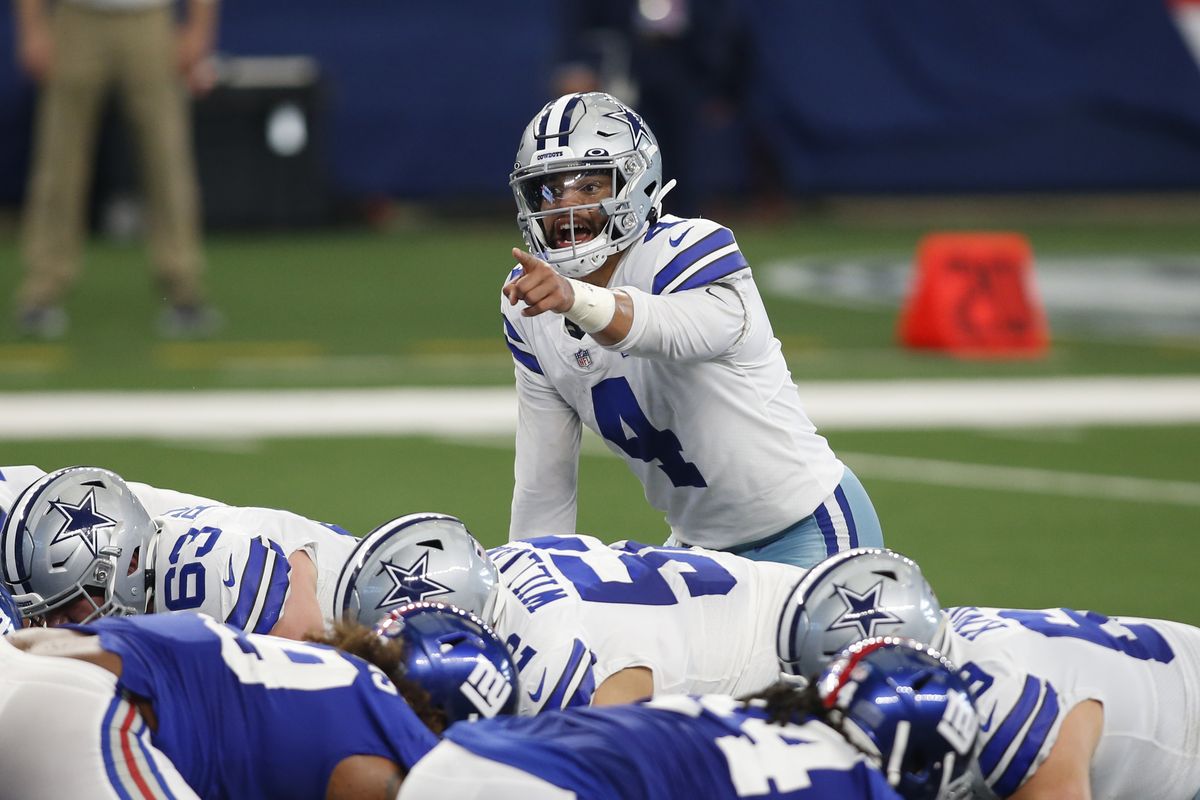 Two-time Pro-Bowler and former Offensive Rookie of the Year Dak Prescott has finally struck his long-awaited deal with the Dallas Cowboys. The contract details a four-year, $160 million agreement with $126 million guaranteed and $75 million in his first year.

After suffering a gruesome ankle injury in week 5 against the New York Giants, many fans and analysts alike wondered whether the fifth-year Quarterback would finally land a contract. Now he will be the second-highest-paid at his position in the league behind only Patrick Mahomes.

With negotiations between the two parties finally concluding after three years of indecisiveness, the Cowboys have shored up one of their most uncertain free agency positions for years to come.

What may be of some concern, however, is not so much the fact that Prescott has committed to Dallas long-term, but rather just how much Prescott is getting paid. He is now not just the second-highest-paid quarterback, but in the league overall as well.

The sheer amount of money that Prescott is earning should not just be met with expectations of winning in the regular season, but the playoffs as well. It has been 25 years since the Dallas Cowboys have made it past the divisional round.

In addition to this, after Prescott signed the mammoth of a contract with the team, the Cowboys are left with just a measly $2 million in cap space. With the majority of the team’s star players locked up until 2023, the pressure is now on Prescott to deliver wins.

On paper, the Dallas Cowboys look like one of the premier forces in the NFL and should be perennial Super Bowl contenders, but they’re not. Frankly, they’re not even close.

Despite the abundance of talent, the Cowboys consistently find a way to fall short of expectations and leave their fans disappointed. Beforehand, fans could easily pin the blame on the organization or coaches after losses, but this is no longer the case.

The Cowboys did what they were expected to, they paid their star Quarterback who must now shoulder the responsibility of winning games and delivering a Super Bowl to Dallas. So what’s the problem with the deal? The Cowboys can’t win with it in place.

Yes, as ludicrous as it may sound, the Cowboys cannot win with Dak Prescott getting paid $40 million a year. This team has already shown through multiple seasons that the roster they have in place is simply not good enough to be a real competitor.

This is not to suggest that Dak Prescott is a detriment to the Cowboys by any means, as this season alone has shown his importance to the team’s success. Rather, it is to highlight the fact that even when Dak Prescott has played MVP level football, the roster around him has not held its weight.

As for why a roster of this caliber struggles to win is difficult to pinpoint. Whether you blame it on years of incompetent head coaching, questionable ownership, or a lackluster defense, the simple fact is that the Cowboys as of right now are not good enough to win and they need more help.

Unfortunately, they can’t get more. They just gave Dak Prescott the second-biggest contract in the league, and $2 million left in cap doesn’t give them much room to improve.

This is not a knock on the Cowboys for re-signing a top 10 Quarterback or on Dak Prescott for wanting to be paid like one, but on both parties for not acknowledging the situation at hand.

The fact of the matter is, Dak Prescott is fresh off of a very bad ankle injury and that is cause for concern. A deal such as this one comes with heavy trust and equally heavy expectations. That is a lot to expect from anyone, especially after missing an entire year of play.

If one thing has been established for the Cowboys since 2016, it’s that this is a good team, not a championship team. There are still glaring flaws and inconsistencies this organization has failed to address, flaws that have held them out of the Super Bowl for 25 years.

If the Cowboys want to win, they need to start fixing the other issues on their team which equally inhibit their success. Paying Dak Prescott $40 million a year, as good as he is, simply will not compensate for the 28th ranked defense in the NFL or an undesirable coaching staff.