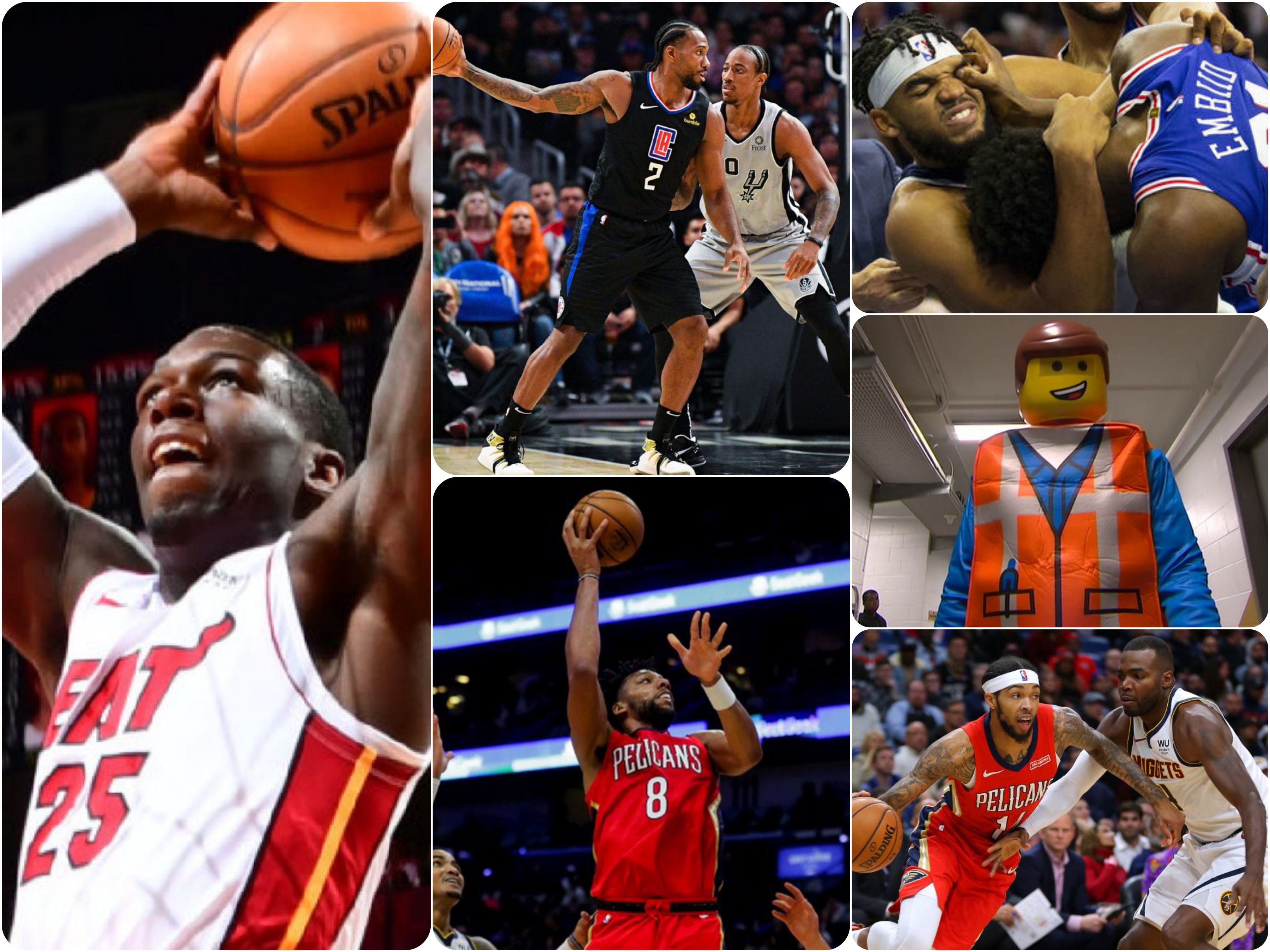 Kendrick Nunn is setting records, New Orleans gets its first win, San Antonio takes their first loss, and the the NBA weighs in on the Minny-Philly fracas in today’s three-game report.

Kendrick Nunn is setting records, New Orleans gets its first win, San Antonio takes their first loss, and the the NBA weighs in on the Minny-Philly fracas in today’s three-game report.

NBA NEWS: Minnesota’s Karl-Anthony Towns and Phildelphia’s Joel Embiid both face two game suspensions for their MMA event in Philly; Ben Simmons will not face any punishment for attempting to intercede and stop the fracas when he pinned Towns to the floor and horse-collared the Timberwolves center.

Second Verse, Same as the First

The last time these two teams played – Tuesday night – the Miami Heat jumped out to a 59-49 first half, wherein the second quarter, the Atlanta Hawks lost Trae Young to what looked like at least a severe ankle sprain. Last night, they took full advantage of Young’s absence by racing out to a 52-46 first half … and Hawks fans gasped when another pre-eminent player went down on a left ankle sprain.

John Collins stepped on the foot of one of the Heat players with his left foot and went off limping with a tweak to his left ankle, as Young and Hawks faithful looked on. Jabari Parker stepped up admirable, in one of his best games in recent memory. Parker needed a game like this.

But it was another night of milestones for Miami’s rookie corps, this time Kendrick Nunn, who led the team to victory in his historic performance. Nunn’s 28 points brought him to 112 through his first five games in the NBA. It’s now the highest point total for any undrafted rookie player through their first five game since Connie Hawkins put together 105 in the 1969-70 season.

Tyler Herro, who exploded for 29 on Tuesday night, had 17 last night.

The Hawks have until next Tuesday to heal, after suffering their third consecutive loss.

Pelicans Dive On, Feast on Nuggets

If you’ve ever sat on the beach and watched the glut of Pelicans swoop through the gulf waters off shore and feed themselves – surveying their prey and then dive-bombing to get their feast, then you’re pretty up to speed on what happened in New Orleans last night, as the NBA version of the southern coastal birds pretty much did the same to net their first win of the season.

Not the kind of effort you expect from the Denver Nuggets, who fall to 3-2, especially with the long-awaited debut of Michael Porter, Jr. To quote the great Rob Schneider in ‘Necessary Roughness,’ “maybe now’s not the best time to make sure everybody plays.” The Nuggets played everyone but Bol Bol, P.J. Dozier, and Will Barton.

Jrue Holiday came back from a sprained ankle and added 19 points to the Pelicans’ attack, while Brandon Ingram continues his consistent athleticism since coming over from L.A.

The first quarter was competitive, but the Pelicans owned the Nuggets through the last three – outscoring Denver by two, seven, and four respectively to tack on the 15 point win as their first of the 2019-20 campaign. New Orleans shot 53 percent and edged the Nuggets in the rebounding battle, thanks to a team effort … four Pelicans had five rebounds apiece – Holiday, Okafor, Josh Hart and rookie Nickeil Alexander-Walker.

Hoping this is the kind of game the Pelicans can build upon.

I’ve always been a huge opponent of ‘load management.’ I mean I don’t get to use that strategy in my regular office job. What you have in the NBA is “hey, you fly to Houston tomorrow to play basketball at the Toyota Center – in the meantime, check out the great local flavor and eat wherever you want to. After the game, we’ll fly to New Orleans for Tuesday night’s basketball contest in New Orleans, then we head to Orlando to play basketball on Thursday night.”

It’s a game. That I play for exercise. Actually, to improve my quality of life. It’s my ‘load management’ from my daily grind in the office. Why do people need days off from doing what most of the rest of us do recreationally to decompress?

Quite simply, it worked, as the Los Angeles Clippers – behind former San Antonio Spur Leonard – knocked the Spurs from the undefeated ranks with the six point win.

Montrezl Harrell, who only scored 10 points and had two rebounds in a loss to the Jazz on Wednesday night (also load management?), broke out with two dozen last night due to the rest against Utah.

The terminology, and the practice of load management, originated within the San Antonio organization with their head coach, Gregg Popovich, alternately resting Tim Duncan, Manu Ginobili, Tony Parker – and, yes, Kawhi Leonard – over the Spurs’ successful years and five championships.

Watch out, Golden State; by this rationale, Aldridge is due to have a big night at the Chase Center.