The Subtle Implications of the Grizzlies’ New Offense 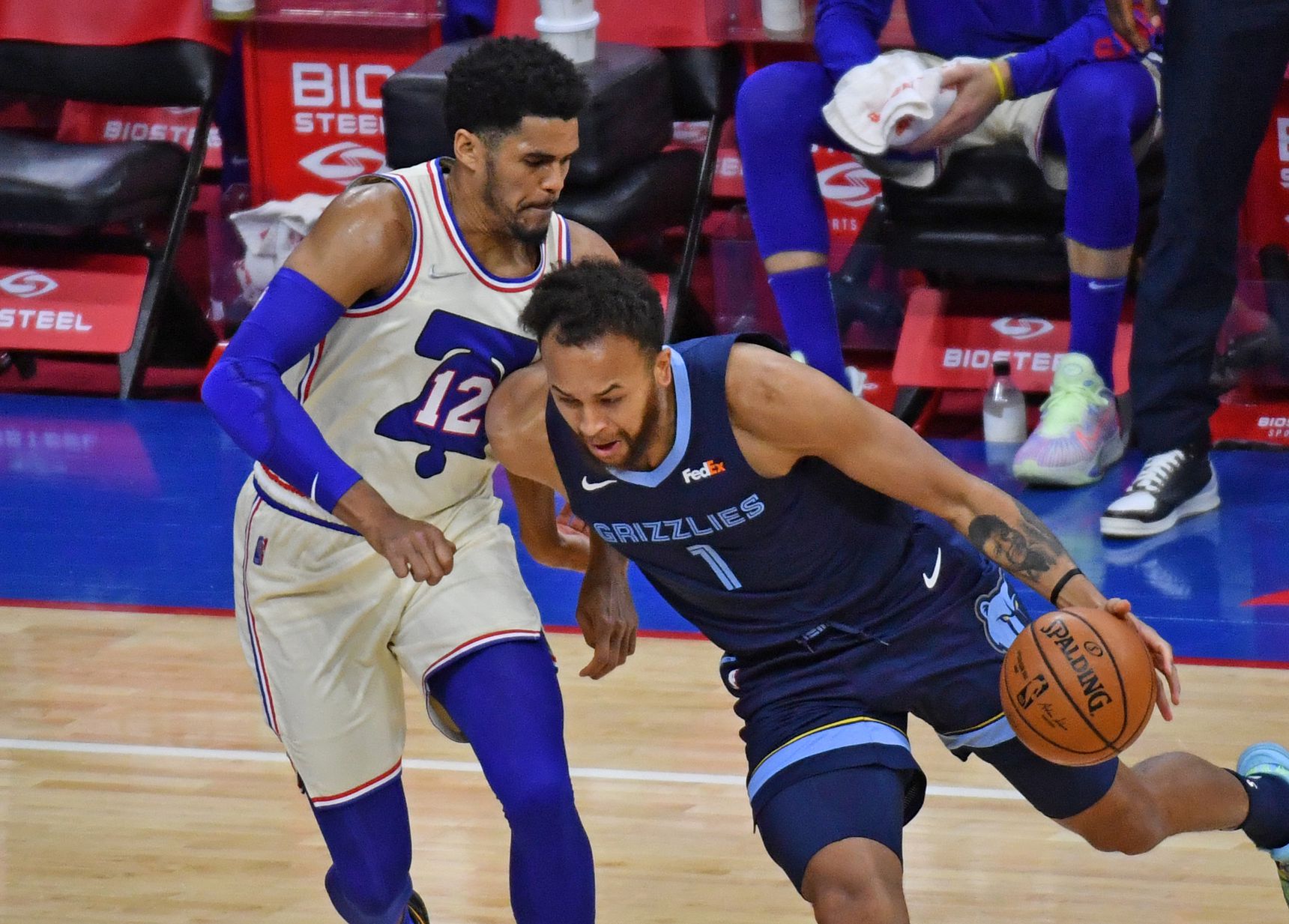 Another game of the Memphis Grizzlies’ next-gen offensive outlook, another blowout. In their second consecutive impressive outing, the Grizzlies posted over 115 points–this time against the Philadelphia 76ers’ top-two rated defense. What Taylor Jenkins has this team doing is night and day from the ‘Grit and Grind’ teams of yore, and even significantly different than the team’s early season offense. Threes are flying aplenty (nearly 38 attempted per game!), buckets come early in the shot clock, and nights of over 30 assists should become commonplace. However, with the changing of the schemes, there are a multitude of below-the-surface implications that are worth keeping track of. Let’s get into some of the more subtle things to keep an eye on as the Grizzlies continue to blossom into the next stages of their evolution.

Historically, there’s almost no comparison for what Taylor Jenkins has run with the Memphis Grizzlies over the last few games–their 38 triples per contest would rank them fifth in the NBA, easily Memphis’ highest finish ever. Moreover, I did a cursory glance at the third years of some historical analogs for Ja Morant, and none of their squads come close. In Russell Westbrook’s third season, the Thunder were 16th in the league in threes attempted. In Derrick Rose’s third season, the Bulls were 17th in that category, to say nothing of Washington’s 20th place in John Wall’s third year.

By committing to the three, Jenkins is ensuring that Morant will be able to operate with unparalleled spacing for a player of his caliber and role. While many of the squads listed above performed well, there quite literally has never been an offense tailored this well to the needs of a young, athletic star. However, Ja also plays an active role in the implementation of the system, taking shooting needs into his own hands from time to time. Morant has a step-back three in his back pocket, and even attempted a long ball from several feet behind the arc against Philadelphia.

“I’m always looking to be aggressive”, Morant told me. “I wouldn’t say I get cussed out but everyone [gets] on me when I don’t shoot the basketball, so I got every bit of confidence in my shot. I’ll continue to shoot if I feel like it’s time for me to shoot or I’m open.”

While Taylor Jenkins remained coy about how Jaren Jackson Jr’s return factored into the logic to place more emphasis on the long ball, I can’t help but think that the impending return of a center shooting 40% from three didn’t at least play a part in the decision. For those keeping track, JJJ’s return means that the Grizzlies now wield four rotation players shooting over the 40% threshold from downtown, a rarity within the NBA. Keep in mind that Jonas Valanciunas, Memphis current starting center, is only attempting one three per game. Once Jackson’s back in the rotation, he brings his attempts with him, meaning the team’s volume of attempts might actually increase instead of falling back to earth.

“This is how we as a Grizzlies team have to build for the future,” said Jenkins. “I want all of our guys to embrace the ability to playmake and attack downhill, and also set their teammates up from the three-point line. Obviously when JJ comes back that’s going to continue to add to our overall ability as a Grizzlies team both defensively and offensively. I don’t think it was keyed up by that, we saw an opportunity to address the team and say ‘hey, we can find better strides on the offensive end and here’s something that we can grasp and continue to develop.”

Resolution of the Valanciunas Fallacy:

I’ve written previously about what I call the Jonas Valanciunas fallacy, or the idea that the Lithuanian’s numbers were wholly uncorrelated to the team’s performance. Simply put, it seemed like the better stats JV put up, the more likely it was for the team to lose. However, with the new offense, Valanciunas’ +/- has begun to align with the Grizzlies’ overall finishes. Jonas led the team in +/- in the team’s last two blowout wins, so although the sample size is smaller than I’d like to admit, it does seem like the positive elements of his game have started to orient towards winning.

As to why, I think the underpinning of the shift is that the increase of threes makes Valanciunas’ strengths more valuable. By the definition of attempting more triples, his offensive rebounds now lead to more points, allowing for a higher +/-. The team’s altered shot diet also stretches defenses thin, making his job as an interior player significantly easier, as opponents now have to commit to guarding the entire halfcourt rather than simply walling off the paint. It should be no coincidence then that JV has shot over 50% in the team’s last several games.

Ladies and gents, Grayson Allen’s three-point output has gotten absolutely thicc. After putting up 12 attempts from distance against the Timberwolves, he tied his career high in attempted triples with 13 against the Sixers–in over ten fewer minutes than his previous record took. Granted, I don’t think this pace will exactly keep up. Right now, his clip would easily put him as the league leader in attempted triples per game, far above names like even Stephen Curry. However, Allen’s ability to shoot the ball in whatever context is needed (around screens, off the dribble, etc.) means that he’ll be in line for a steady diet of triples for the foreseeable future, and with good reason.

Allen even told me that the coaching staff is telling him to shoot more. “I started off the game slow from the three point line, at the first timeout I got three [shots] up in the first couple minutes,” said Allen, setting up his anecdote. ”I’m going over to timeout and one of the coaches comes up to me and he’s like “you passed up one on the wing”, so I’m like I got three up in a couple minutes, I can get another one up? Alright. So I think they’re always telling people when we pass up shots, and they’re not as much on getting 13 up is too much. As long as I keep getting open looks I’m gonna keep shooting it.”

It’s said that once is an outlier, twice is a coincidence, but three times is a trend. Going up against a Miami Heat team that allows the second-most attempted threes in the league, expect Memphis to try and build off their restructured offense to claim a win over an opponent that’s won four of their last five games. I only hope that someone’s gotten Dillon Brooks a cheesesteak by now.