The UFC’s Relationship with Violence 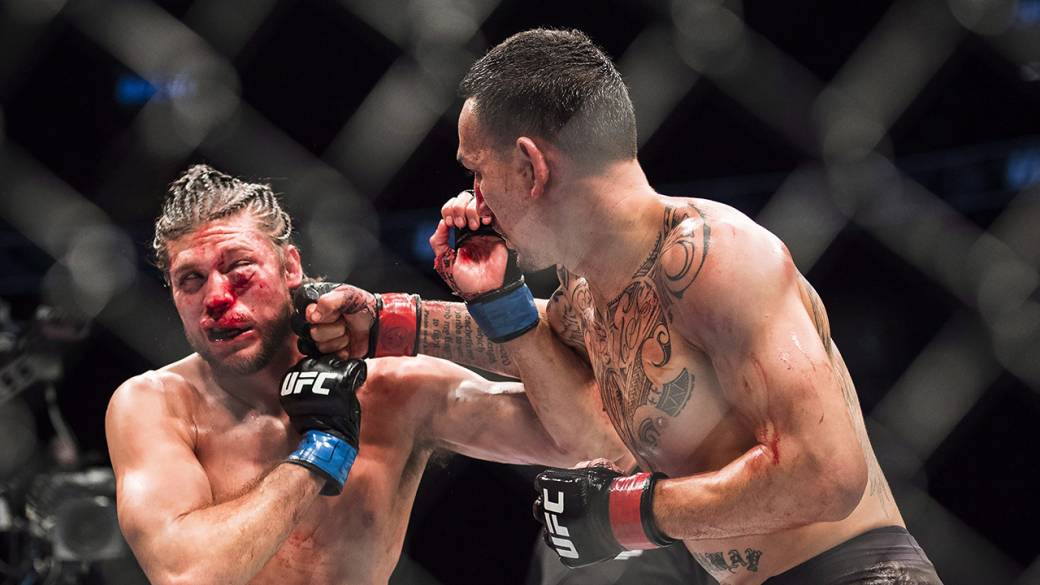 Earlier this week, UFC President Dana White guaranteed that UFC 249’s main event between Tony Ferguson and Justin Gaethje will be one of the most “violent” fights you will ever see.

In an interview with ESPN’s Brett Okamoto, Dana White expressed his anticipation for May 9th’s headliner.

“The Ferguson/Gaethje fight is one of the most violent fights you will ever see, I can guarantee that… this fight’s going to be incredible,” White said. “Both of these guy’s styles, the way they fight, their mindset… this fight is unbelievably violent and gonna be an incredible fight with two of the best in the world.”

There is no denying it, the UFC thrives off of violence, as it creates the sport’s greatest memories. Below are three of the most violent fights to ever take place inside the UFC’s octagon.

Anyone who saw this brawl will forever remember Mark Hunt’s blonde hair transforming to bloody red from the brutal damage. Hunt took a (9-8) record into the cage when he faced the (18-5) Bigfoot Silva back in 2013. Seven years have passed and this fight has held up as quite possibly the UFC’s greatest heavyweight fight ever.

These two men bruised, bloodied, and battered each other for 25 minutes in what was an absolute war. The fourth round of this fight was WILD, as both fighters wobbled each other on multiple occasions. Blood poured down the faces of both men in the final round as they capped off one of the most violent fights ever. In the end, the decision was left in the hands of the judges who scored it a majority draw.

When “Ruthless” Robbie Lawler defended his welterweight belt against Rory MacDonald in 2015, fans were left speechless. Anyone who saw Lawler’s lip and MacDonald’s nose after the fight will surely have those images ingrained in their memory. The staredown between rounds three and four will give any viewer goosebumps also.

The fight ended in the fifth round after a straight left from the champ shattered MacDonald’s nose dropping him to the canvas. Both fighters displayed the heart of a champion in what was a fight that will likely forever live on the Mt. Rushmore of UFC bouts.

Less than two months ago, Zhang retained her strawweight belt over Joanna in what was the greatest women’s fight of all time. These two warriors fought for 25 minutes and NEVER let up for a second. The damage received by both women was unmatched; just take a look at Joanna’s bruising and swelling.

There were 351 total significant strikes landed over the five rounds! This co-main event stole the show that night and cemented itself as one of the most violent fights in UFC history.

If Tony Ferguson and Justin Gaethje can compare to any of the fights listed above, it will make for a triumphant return by the UFC. On paper, the two challengers’ styles are a match made in heaven in terms of violence, but you can never be sure (i.e. Lewis vs. Ngannou). I don’t think you will regret tuning in to this one.

The UFC is Doing Everything to Promote Greg Hardy
The UFC is Back!