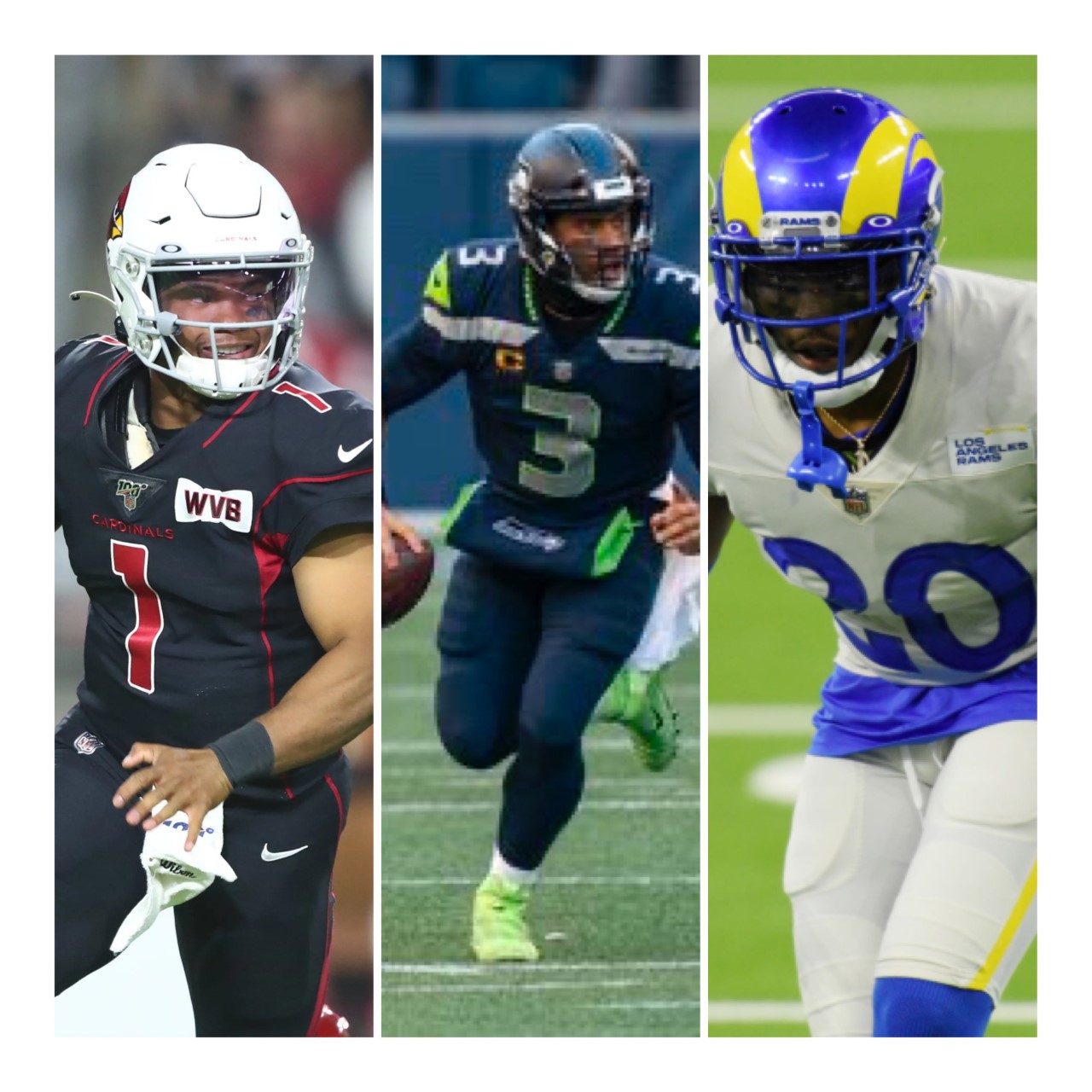 “For four long years, I’ve been chasing the animal responsible for the massacre at New Liberty. I hear tell that’s you.” (A quote from Will Smith in the movie “Wild Wild West”). Oh wait, wrong Wild Wild West.

The NFC West has been the most exciting and wild division in the NFL this season. Not surprising to most coming that the last two NFC representatives in the Super Bowl has come from this division, but there’s one team who is making a splash and is sitting atop the NFC West.

If you look up in the division the Arizona Cardinals are in first place in a three-way tie with the Seattle Seahawks and Los Angeles Rams at 6-3 on the season. Kyler Murray has made his case to be thrown in the MVP conversation, especially if the team keeps trending up.

Murray has thrown for 2,375 yards with 17 passing touchdowns and 10 rushing touchdowns on the season. Murray has also made play of the year with the now named “Hail Murray” play to DeAndre Hopkins (Thanks Bill O’Brien) to give the Cardinals the last second victory over the Buffalo Bills last Sunday.

The Seattle Seahawks started out very hot at 5-0, but has lost three out of their last four—two of those losses coming in the division. Quarterback Russell Wilson looked like a front runner for the MVP this season but now he’s tied for second in turnovers with 13 (10 INTs, 3 Fum).

Seattle may be in a funk, but they do have three games against the NFC East and an all-important Thursday night divisional rematch with the Cardinals that can determine who may be the division winner.

Finally, you have the Los Angeles Rams who has a quiet 6-3 record behind great defensive play from Aaron Donald and Jalen Ramsey. The Rams has yet to play Arizona, but with all the tie breakers they sit at second place in the division and has a big Monday night showdown against the Tampa Bay Buccaneers.

So, who’s the best in the West? Will all three teams make the playoffs? One thing we know that once again, it’s shaping up to be a wild wild (NFC) West.