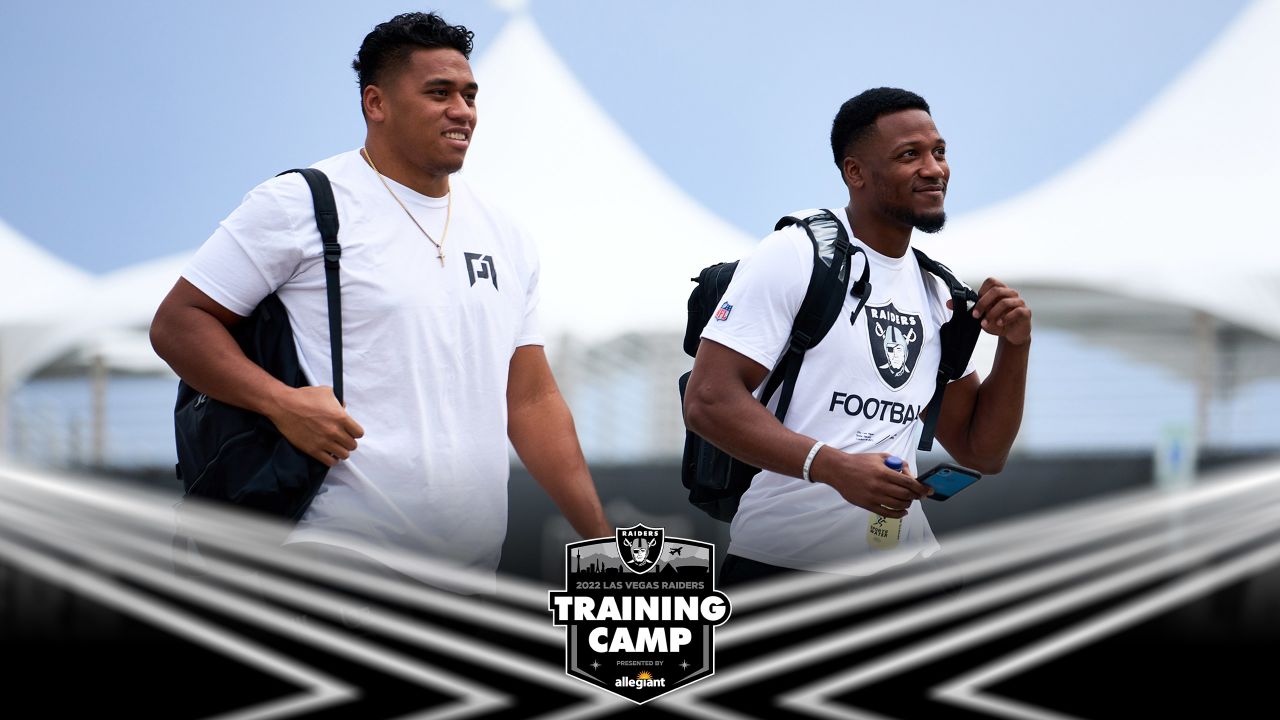 The Las Vegas Raiders rookies report to training camp Monday, July 18th. The rest of the team reports on Wednesday, the 20th. Las Vegas had a total of six draft picks and added some players that could make an impact for the Raiders during their rookie season.

Dylan Parham was the Raiders’ first draft selection in the third round with the 90th pick. Parham will be interesting because he can play tackle, guard, and center. In addition, he is mobile and has enough core strength to control defenders. It will be interesting to see how the Raiders use Parham’s versatility; they have many open spots on the offensive line. So look for Parham to win one of those spots.

Neil Farrell Jr is a 6’4, 330-pound defensive lineman who should immediately impact the Raiders’ defensive line. Farrell should be able to come in immediately and eat up a lot of space for the Raiders. In addition, he is a good run defender and at tackling running back at the point of attack. Last season at LSU, Farrell had 45 tackles, 9.5 for a loss. The rookie should have a role as a rotational player in his first season.

The Raiders running back room is packed, but rookie Zamir White could make an impact. White is good in short yardage, which the Raiders have struggled with the past few seasons. Also, Kenyan Drake is coming off a broken ankle, and White could provide insurance for Drake. White is not the receiver Drake is, but he could help keep Josh Jacobs fresh through the season. The one thing the rookie can do well is block, and Las vegas coach Josh McDaniels like running backs that can block. If White can improve his receiving ability, he could become an outstanding all-around running back for Las Vegas.

Will the Chargers Defense be the BEST in the NFL?
Forgotten Raiders: Chester McGlockton