Tucker Lutz “Ready to Make That Jump” to UFC 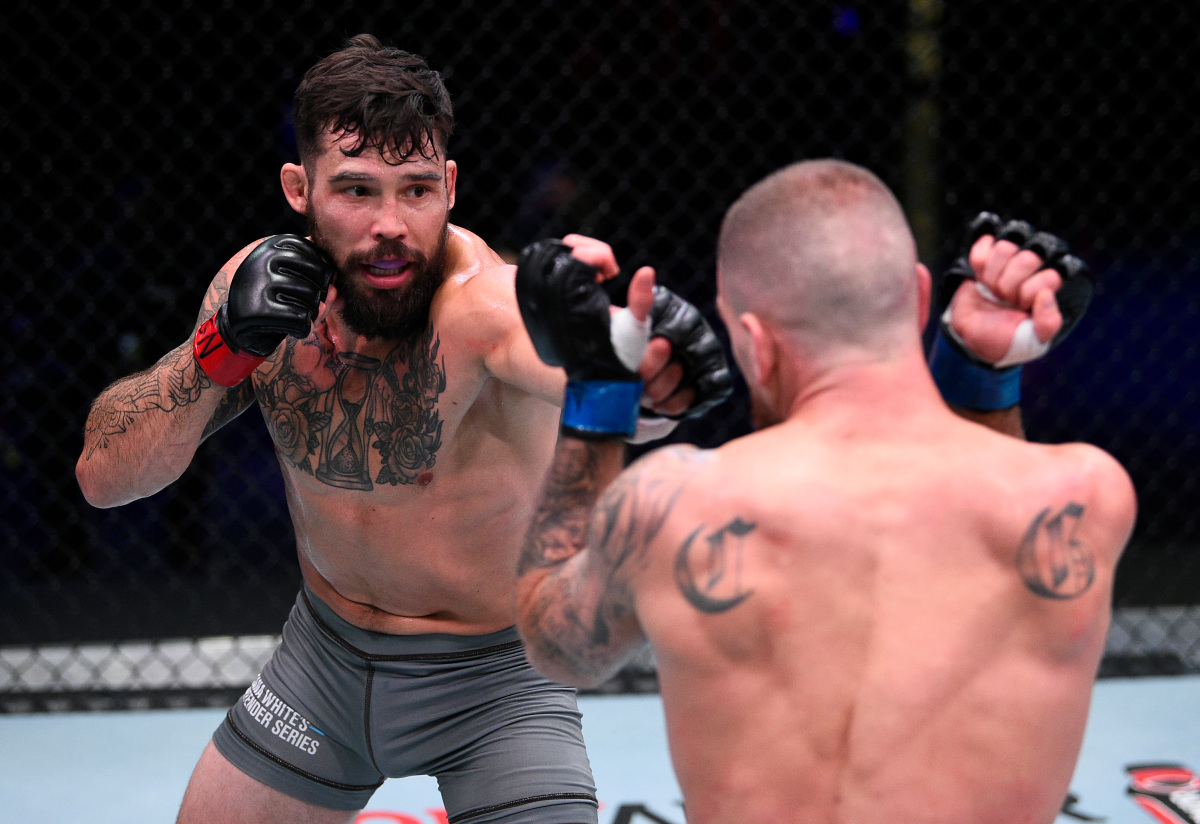 Maryland native Tucker Lutz is over a week removed from earning a UFC contract on Dana White’s Contender Series. His fight experience, which includes going (2-0) on DWCS, has Lutz feeling ready for his debut.

“I’ve been in the game for awhile,” Lutz said. “You know eight years in the game, so I just feel like I’m ready to make that jump and mix it up with the best guys in the world.”

‘Top Gun’ is riding an 11 fight pro win streak. Remarkably, only just recently has Lutz been able to focus full-time on training. Prior, he worked a full-time while still racking up wins.

“I had actually been on a leave of absence (from work) since August,” Lutz confirmed, “and because they invited me back on relatively short-notice, I was able to not have to go back. It’s nice to not have that in the back of my head anymore.”

The DMV native amassed 30 minutes of cage time this fall on DWCS. He collected two decision victories, while winning nearly every minute of both bouts. Lutz’s first appearance on the show helped him prepare for the second go-around.

“As far as cutting weight and the routine of it — it was essentially the same with their protocols. It was nice having that first experience because it was pretty predictable as far as preparation once I got to Vegas. It’s a weird thing walking in fighting with no crowd. So already having that experience is nice too, because it’s a bit trippy the first time when you go in there with no crowd.”

After winning by decision the first time, Lutz promised Dana White a finish the next time. It must be difficult to try and balance hunting for the finish, while also fighting smart. ‘Top Gun’ agreed with that notion, but he learned to overcome that pressure with a little advice from his wife.

“You know what, I think it was (difficult to balance),” Lutz explained. “Less so this time though. I put a lot of pressure on myself the first time to get a finish. I went into this match-up mentally thinking as long as I got the win it’s a positive thing. I really got down on myself that last fight and my wife was like ‘you gotta enjoy the ups while they’re hot’. So I made a promise to her that I’m gonna enjoy it as it comes.”

The Ground Control Academy affiliate felt confident that if he wasn’t awarded a contract that night, he would find his way into the UFC somehow.

“I was a bit nervous,” he admitted, “but I was kind of in the mindset of if I didn’t get the contract, I knew that there are plenty of short-notice opportunities out there because I’ve been on this event twice. I just put in my mind that it was a win-win situation regardless.”

Dana White made the right choice in signing Tucker Lutz to the UFC. The 26 year old hasn’t lost since 2015, and eight of his eleven wins have come via finish. It appears likely that we’ll see Lutz make his debut at featherweight.

“I think so, I think so,” Lutz responded when asked if he’ll debut at 145lbs. “I feel really good, I feel fresh (at 155lbs), so it’s never a bad thing if I have to go back there. I feel like I have a big size and strength advantage down at 145(lbs) and I might as well pursue it while I can make it.”

Tucker Lutz at featherweight sounds like a scary proposition for anyone who gets in his way.

Expect to see Lutz make his highly-anticipated UFC debut sometime early 2021. Undoubtedly, he is ready to make the jump to the next level.

Sorting Out the Women’s Flyweight Division
The Nets Just Lucked Out, Here’s How