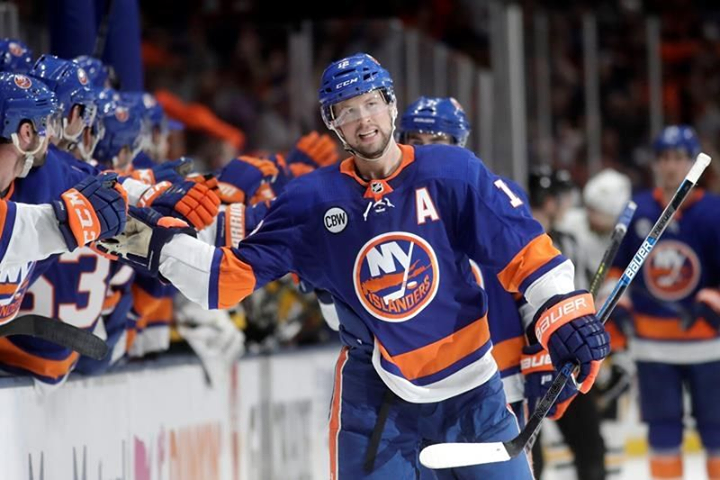 Two players on the New York Islanders will be hitting career milestones tonight. The first player is 11-year veteran Josh Bailey, who will reach 800 games played when he suits up tonight against the Edmonton Oilers. The second player is 19-year old Noah Dobson, who will be making his NHL debut.

The career of the veteran winger has been a weird one. After being drafted 9th overall back in 2008, the 18-year old Josh Bailey was able to secure a starting job for the Islanders. But before the regular season began, Bailey suffered an injury causing him to miss a month. His rookie campaign he registered 7 goals and and 18 assists in 68 games.

Throughout his career, he has never been the elite forward that was expected. He has never scored over 20 goals, yet still continues to be an integral part of this Islander’s organization. For the last few years, Bailey has worn an A and has been a leader for the younger players that have played with him. He made it on this team as an 18-year old due to his hockey IQ and his vision on the ice.

The fans have not been too kind to the 30-year old vet, as he has been hit with some wild chants dictating his inability to score at the level people wish he would. It has now become a fan joke, and even when he scores he is treated with this chant.

After two games, Josh Bailey has a goal and an assist. Here is his goal from the other night in the Islander’s 4-1 win against the Jets.

You can hate him all you want, but his play has helped this team improve over the last few years, and his play will continue to be important as this team tries to take it to the next step.

From a veteran in the league, to a player getting ready for his first chance at regular season hockey. Noah Dobson definitely impressed at training camp and preseason, hence the decision to keep him on the roster. And the Islanders even waived veteran Thomas Hickey to make this roster spot available. This decision might have been pushed due to the fact that he is too young to play AHL hockey, as the minimum age is 20. And if he were to be sent back to Juniors, that is where he would have to stay for the year. And playing part time hockey at the NHL level is better then going back to juniors, where he will play against weaker players. Regardless he is here, and even though he is the team’s 7th defensemen, this will only help with his development. Before he made the team, Head Coach Barry Trotz was asked if he thought Dobson could in fact make the team at such a young age.

The 12th overall pick last year, tore up the QMJHL. He finished the campaign with 15 goals and 37 assists, as well as a +10 as a defenseman. He won two Memorial Cup trophies and was considered to be the top defenseman in the league. He represented his country, Canada, at the World Juniors U17 and U20.

He was also the captain of the Titans, a team he played on for 2 plus years before being moved to the Huskies mid season. The leadership skills he possesses at such a young age means his mental toughness and his composure is rather strong. And for a young kid, this is vital for his development.

Two milestones. One getting their 800th game, the other getting his first. Both players will look to make an impact tonight in the team’s match up against the Edmonton Oilers.