Young Suns Shine throughout the First Round 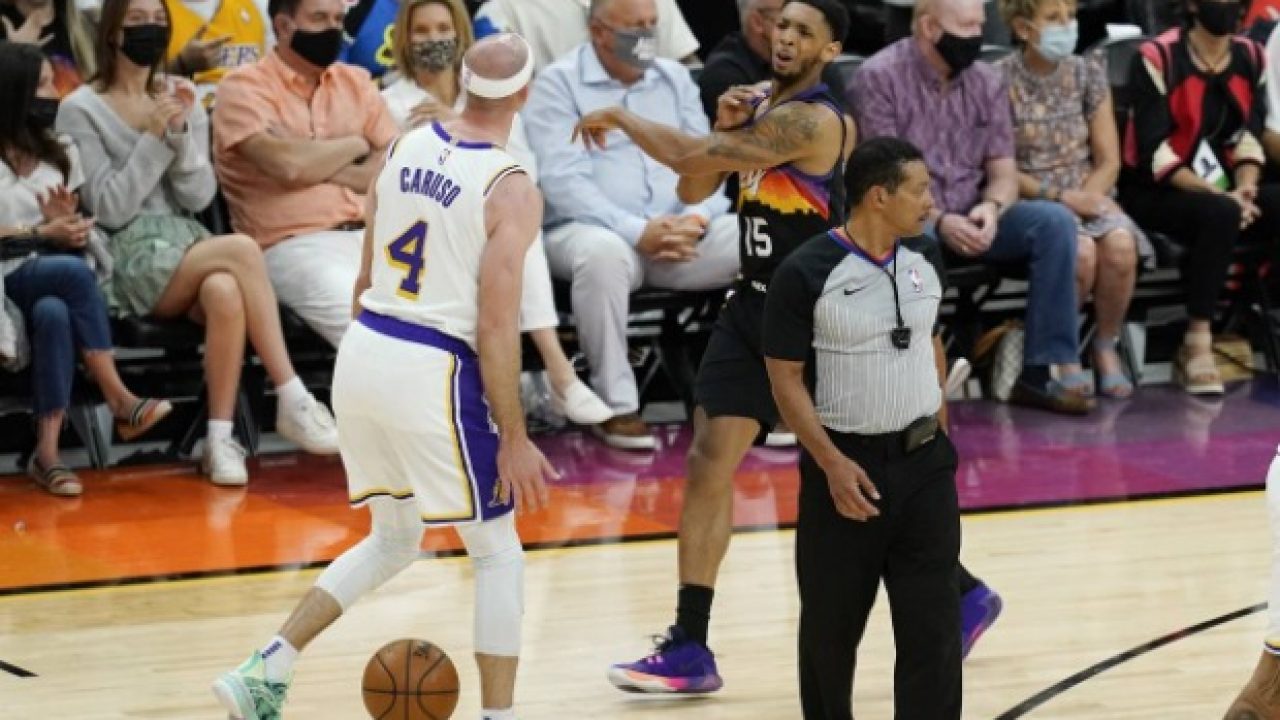 Throughout their series against the Los Angeles Lakers, the Phoenix Suns have been relying on their younger players on both sides of the court. In Sunday’s win that tied the series 2-2, the Suns’ young stars Devin Booker and DeAndre Ayton provided a spark in a must-win game.

In a balanced scoring performance from all Suns players, Booker finished with 17 points and 7 rebounds. However, throughout the series, Booker has arguably been the best player on the court. In the first four games, he’s averaged 25.3 points including a 34-point performance in his first career playoff game.

“These are the moments we have been waiting on,” Booker said after Game One. “Coach Monty always preaches when preparation meets opportunity and you know it’s that time right now.”

While Booker’s production on offense is something fans are used to seeing, DeAndre Ayton’s productivity has pushed Phoenix into winning positions as well. Ayton has been dominant in the paint offensively against the Lakers’ trio of big men. He is averaging 19.8 points on 80.9% from the field as well as averaging 13.5 rebounds. This includes a 17-rebound performance in Game Four.

What Suns’ fans have always wanted to see from Ayton is an increase in his aggressiveness, something Ayton definitely is showing right now with his scoring and attacking the rim on rebounds.

“It was intense,” said Ayton after his first playoff game, “we try to match the energy as best as I can throughout the game.”

Although Booker and Ayton have really shined and shown their great potential throughout this series, back-up point guard Cameron Payne was challenged to step-up as well. With All-Star point guard and team leader Chris Paul being in-and-out of the lineup throughout the past couple of games with his right shoulder injury, Payne has filled Paul’s role to the best of his ability.  Averaging 24 minutes a game, Payne’s 13 points on 42% from three per game provides a spark off the bench that Monty Williams uses in times where the offense is stagnant.

Payne’s journey, from NBA teams to the G League and even overseas, has challenged him throughout his professional basketball career. He understands the importance of showing up every day and striving to get better as well as performing when you get the opportunity.

“From being out of the league it’s everytime I get the opportunity, every practice I can get better at something,” Payne said, “I work hard. I work to keep my job.”

Although he is not putting up crazy offensive stats, defensively Mikal Bridges has provided a way to slow down LeBron James. Bridges, who has guarded LeBron for a majority of the series, knows his role. He understands that although he’s not going to put up 20+ points nightly, Bridges understands his importance on the defensive side.

Although this is their first playoff series, all of these players learned what it takes to win from the bubble. In the bubble, the pre-Chris Paul Suns knew that to have a fighting chance at making the playoffs, they would have to go perfect in the seeding games. Due to that, it put these same players in a position where they knew they would have to perform their best night after night. This ultimately prepared them for the challenge of the playoffs, seen this year against the Lakers.

With Chris Paul looking healthy after struggling with a shoulder injury in Games Two and Three, the Suns have the momentum. They were able to tie the series at Staples Center and now play a pivotal Game Five in front of their home fans, likely with the Lakers playing without AD. If these young players can continue to step up and consistently play at this level, the Lakers have a challenge in front of them going into the next game and so on. Game Five tips-off Tuesday night at 7 p.m.

The Memphis Grizzlies Need to Stop the Pick-and-Roll: Here’s How
Denver Nuggets’ Unsung Heroes Of The Playoffs