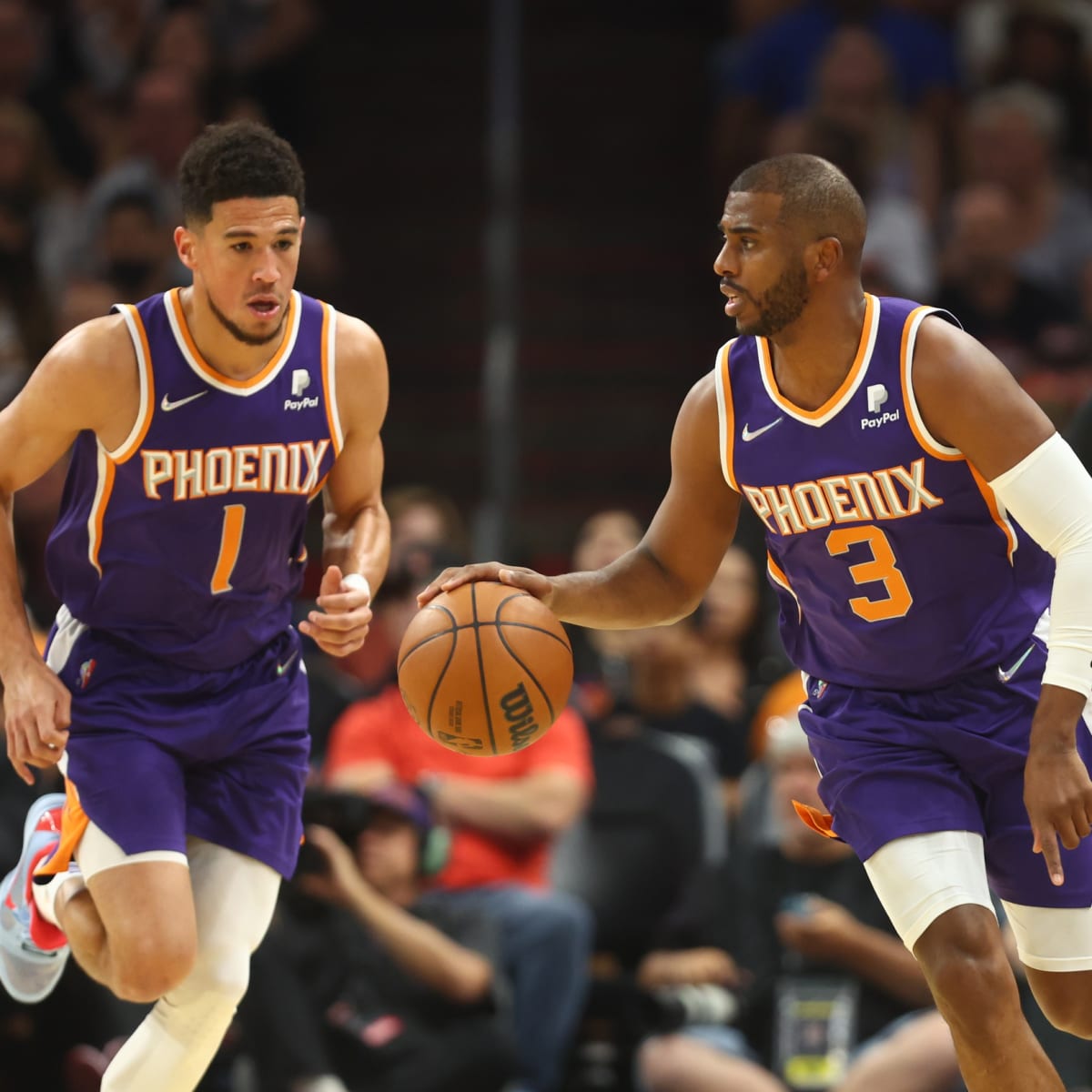 The NBA schedule release is finally upon us!  The Phoenix Suns 2022-2023 schedule is jam-packed with compelling games.  The Phoenix Suns will be a feature on national television with 22 games on ABC, TNT, and ESPN.  An additional 12 games will be broadcasted on NBA TV.

With plenty of marquee matchups, it’s truly difficult to decipher which games create the most excitement.  Depending on your favorite players, back-to-backs, injuries, and player resting,  it is impossible to single out which games may be the most intriguing.  Regardless, the Phoenix Suns have a loaded schedule and provided their lack of success in the prior postseason, the Phoenix Suns will look to find a way to put it all together come time for the 2023 postseason.

The Phoenix Suns title aspirations will make for competitive basketball on a nightly basis.  Here are the most intriguing games for the Suns 82-game regular season.

The rematch.  After a shocking Western Conference Semifinals defeat, the Suns’ will look to avenge their loss on opening day.  Luka Doncic got the last laugh at the end of Game 7, smiling in Booker’s face, creating an instant meme.  One can only wonder if the beef between Devin Booker and Luka Doncic will continue.

The defending champions will visit the Footprint Center in a star-studded game.  This budding rivalry is a gift for NBA fans across the association.  The Warriors will face this current Suns team for the first time with both Klay Thompson and Stephen Curry on the floor.  The Suns will most likely need to go through the Golden State Warriors in order to capture their first NBA title.

Chris Paul faces off against the organization that helped start his career.  As a ninth seed, the New Orleans Pelicans made an unexpected splash in the 2022 playoffs.  Without star player Zion Williamson, the Pelicans made the playoffs as a Play-In team, eventually losing to Phoenix in six games.  Jose Alvarado and Herbert Jones’ defensive performance on Paul was pesky.  Paul eventually lashed out, elbowing Alvarado in the mouth and kicking him in the groin.  Paul also received a flagrant foul after swiping at Herbert Jones.  Brandon Ingram stepped in and wanted all the smoke knowing him and Paul’s past history.

As the days of lob city are over, Chris Paul returns to Los Angeles against a retooled and deeper Clippers roster.  After losing to the Suns in the 2020 Western Conference Finals without Kawhi Leonard, a win against the Suns will prove that the Clippers are legit when healthy.  John Wall, Paul George and Kawhi Leonard have given the Clippers the 4th best odds of winning the 2023 NBA Finals.  This matchup will certainly be a chess match with Monty Williams and Tyronn Lue being two of the best coaches at making in-game adjustments.

Arizona sports fans receive a very special Christmas miracle.  The Arizona Cardinals will host Tom Brady and the Tampa Bay Buccaneers on Sunday Night Football.  The greatest quarterback of all time will share the stage with two-time reigning MVP Nikola Jokic on the night of Christmas.  The Nuggets will look to improve drastically with both Michael Porter Jr. and Jamal Murray returning to full health.  This game will cap off the 5-game Christmas Day slate.

This game will conclude the Suns longest road trip of the year.  Vegas installed the Cleveland Cavaliers preseason win total at 27.5 victories.  They surpassed that by winning 44 games.  By playing two athletic seven-footers, opposing teams have yet to find a way to overcome their size, length, and mobility.  Jarrett Allen and Evan Mobley are two of the best interior defenders in the league.  Darius Garland has turned into a lethal offensive threat, earning himself an All-Star nod. Kevin Love’s championship experience helped bring this young group together, making them a legitimate playoff threat.  The Cavs are more than a good story.  Their ascent is just getting started.   Recently acquired guard Donovan Mitchell turns the Cavaliers into a serious playoff contender.

Jayson Tatum and Jaylen Brown will look to avenge their Finals loss.  The Celtics added Malcom Brogdon and Danilo Gallinari in hopes of filling their bench void.  Boston enters this season with the greatest odds of winning the 2023 NBA Finals at +550.  TD Garden has proven to be one of the most difficult places to play in for opposing teams no matter the time of year.

The famous ABC Sunday afternoon telecast features the 2021 Finals rematch.  Phoenix Suns fans understand that this is all that needs to be said.

The banana boat crew is reunited once again!  Chris Paul faces his buddy Lebron James in what the Lakers hope to be a bounce back year.  Chris Paul certainly hasn’t forgotten the Rockets and Thunder trade which swapped him for Russell Westbrook.  Devin Booker and Anthony Davis exchanged words going back to the 2021 postseason.  Davis felt that if healthy, the Lakers would’ve won that first round series.  Devin Booker thought that Davis’ comments were unnecessary, stating that Davis’ comments were “funny,” knowing that injuries are a part of the game.

James Harden is now fully committed to Philly.  His decision to take less money is a clear testament to this fact.  Runner-up MVP Joel Embiid will look to make a Finals push after losing in the second round for the 4th time in 5 years.  Harden and Embiid were seen as the modern day “Shaq and Kobe.”  However, injuries and inconsistent play from this duo in the playoffs proved otherwise.  In a lackluster first year, the 76ers hope that “trusting the process” will finally pay off.