A Familiar Face Under Center 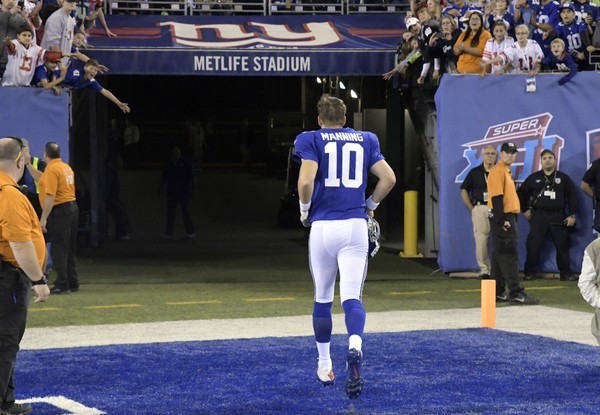 Following two losses to start the 2019 season, The New York Giants decided to bench long-time quarterback Eli Manning for rookie Daniel Jones, who they drafted 6th overall earlier in the year. Jones shined like a diamond in the rough throughout the pre-season, but through most of the regular season Jones has been above-average at best. However, after last week’s contest, Jones suffered a high ankle sprain, leaving him unable to practice with Manning most likely suiting up to play for the first time since Week 2.

“Not playing in the games. You miss being a part of the action and practicing and all that.” said Manning about what the hardest part of the last 11 weeks has been for him. “Felt good to get out there today and throw it around and compete a little bit.”

Giants running back Saquon Barkley has had the opportunity to play with both Jones and Manning during his young career in the league so far.

“Yeah Eli, he’s a legend. He’s a Hall of Famer. He just sees the field so well. He understands the game so well, he’s been doing it for a very long time and that’s what you expect from Eli.” Barkley said when asked about working with Manning and if he can help the offense. “I love the way he handled the situation when D.J. ended up being the starting quarterback, the way he operated in practice, the way he operated in the building was the same Eli that we know. So, good to see him come out this week and get a chance. It’s going to be awesome for him.”

Emotions ran high for Manning when the news came of Jones being named the starter, and though he was upset, Manning did what he could to help Jones prepare for the coming weeks. However, now that Manning is going to be back under center against the Philadelphia Eagles, it should be a good change of pace for the Giants.

The Eagles have been struggling all season long, and recently suffered a devastating loss to the Miami Dolphins. The Giants also have the fact that this could be Manning’s last game as a Giant and that team is going to go and play their hearts out for him.