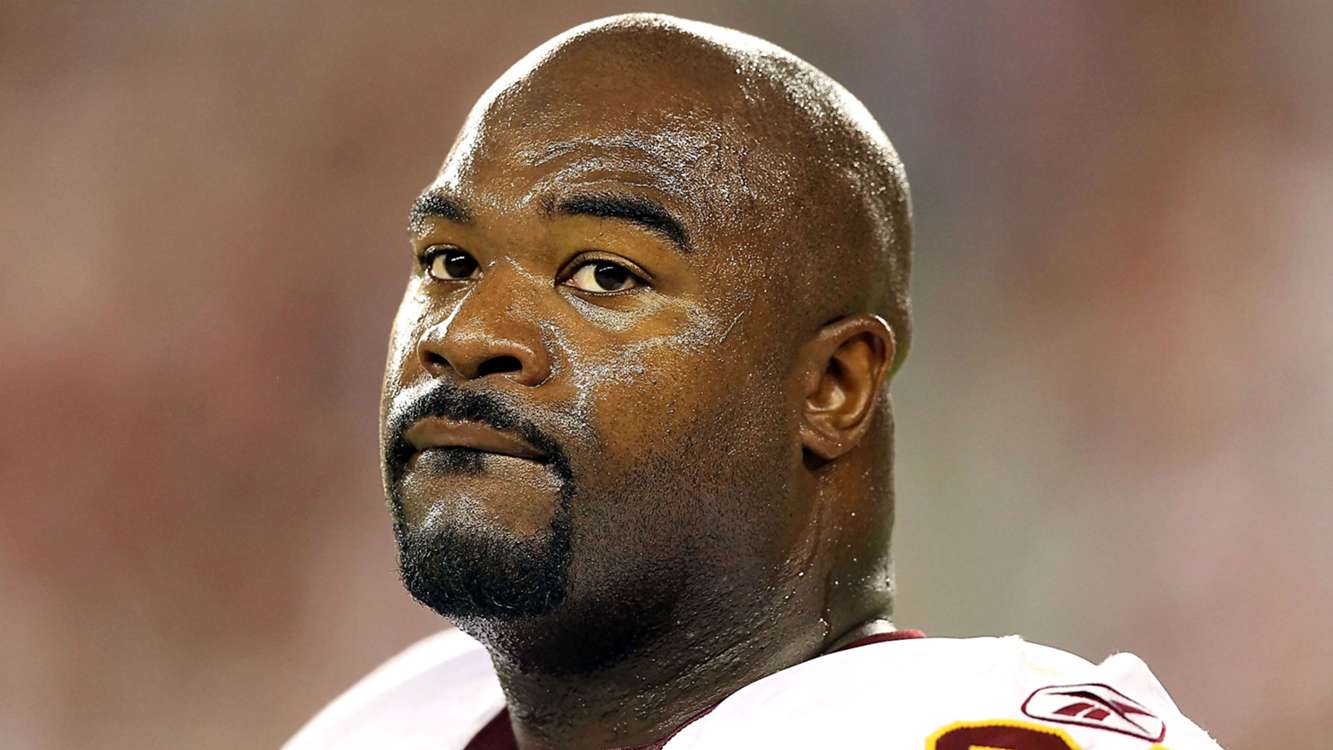 Despite his playing last season with the Washington Redskins, Haynesworth’s name in the NFL was created in Tennessee with the Titans. This is also the same great state in which he played his college football. When asked about being picked to play for the Titans in the 2002 draft, Haynesworth seemed agitated that he didn’t get selected sooner, but was grateful to be drafted by the Titans organization.

“I was a little disappointed that I went that low [in the first round], but to get picked by the Titans is great; to stay in state. I’m originally from South Carolina, but I love Tennessee.  It’s very nice; the people are great, I consider it home. When I get done playing with the Redskins, I’m moving back to Tennessee. It was a great feeling to get picked up by them.”
While Tennessee created the legacy of Albert Haynesworth, he continued his remarkable NFL career with the Redskins with an equally remarkable contract after becoming an unrestricted free agent last season. The 7-year, $100 million contract was groundbreaking and colossal in size. Many journalists and fans questioned if he was worth the money, but the always-humble Haynesworth reassured me it was not.

“I’m just going to be myself and keep doing what I do. I don’t care about, I mean, I do care about the money , I love money; as far as how it changes how I play, it doesn’t. People think that I’m just going to relax and be satisfied, but I tell people that’s not going to happen. The money is good, the money is great, whatever; but there are things that money can’t buy. Money can’t buy greatness. There are a lot of rich, wealthy people, but being great at a sport and being the best at what you do, there aren’t that many people that can say that. That’s what I’m going after, being the best defensive tackle in the NFL.”

Coming to the Redskins was quite the transition for Haynesworth, however after just one short year he was in for more changes as head coach Jim Zorn was let go. Haynesworth shed some light on what it was really like playing for Zorn.

“It was okay. It was a little different; going from Jeff Fisher to Jim Zorn was a little different. He was a young coach, only in his second year leading the team.  It’s kind of hard for him. I don’t fault him for anything. As time went on he would have got better and better as a coach. But we know our owner and he’s not going to like that.”

Zorn’s replacement, Mike Shanahan, is a well known coach who was brought in to change the fortune of the Redskins organization. Haynesworth shared his thoughts on his new coach and how he believes he is in for a very exciting time.

“I think it’s going to be exciting. He’s a very experienced coach, he knows how to win and he knows how to build a team. I’m excited about it. I’m glad he’s our coach. He was definitely the best one out there. I’m just ready to get back to work and see what he brings to the table.”

Shanahan is not the only new coach Haynesworth will be working with next season with the Redskins. Jim Haslett has been named the new defensive coordinator of the team and Haynesworth explained why he had such difficulties last season and how having Haslett will help him dramatically.

“When I started saying that stuff, back in the early hours of the first day free agency, they were saying ‘We’re going to do this, were going to be just like the Titans. We just want you to let loose, just dominate, you know, just go.’ Well, we get to the season and that didn’t happen. When you put me in a structured defense, where I just have to sit there the whole time getting double and triple teamed, it’s very hard for me to succeed. I thought they were going to be creative and move me around.  They didn’t really do that so that’s why my frustrations came out towards the end of the season. I talked to Jim Haslett and he plans on using me like they did with the Titans. He’s talked to a couple of current and former Titans coaches and that’s what he said he’s planning on doing. Just kind of letting me loose and letting me play the game.”

Of course, with new coordinators come new changes in how the game is played and Haslett is no different. The type of defense Haslett employs is a 3-4 defense; a defense Haynesworth is not familiar with at all, but he is open to it and looks forward to playing it.

“At first I was a little iffy about it because I’ve never played in the 3-4. I don’t have a clue to how it’s really played.  But then I talked to him a little bit and he plans on just playing me in the middle a little bit and at end. I guess I’ll just move around and just wreak havoc; so as long as we’re doing that and I’m not just at one position, I’m fine, I’m fine with it.”

With these coaching changes, Haynesworth believes his team is more ready than ever to become a contender for postseason dreams in the NFL.

“The players, I think we have the pieces there. We just need a puzzle master to put it together.  I don’t think we need a whole lot more changes. Maybe a couple more tweaks here and there. Right now I’m satisfied with the talent that we have.”

Standing in the way of these hopes for success in the playoffs and moving forward are the other three teams in the NFC East division. When Haynesworth was asked about how this affects him, playing against three playoff contenders twice each, he welcomed the challenge with open arms.

“It doesn’t really bother me. I’ve played against a bunch of different teams and seen schemes and stuff like that. Honestly, I see the NFC as old-school football. You know they’re going to run the ball and try to pound you and play on tricks. I’m cool with that. I like people running the ball at me. I like the “physical-ness” of football; I like that man on man, seeing who the best is. That’s what I love about football.”

On the topic of the postseason, this year, the Pro Bowl underwent some drastic changes. Instead of being played in Hawaii as opposed to years past, the Pro Bowl was held in Florida. Being a 2-time Pro Bowl selection, I got Haynesworth’s opinion on this subject.

“I thought it was pretty good. I like it being on the mainland. That flight is very, very long to Hawaii. That was the longest flight I’ve ever had. Nine or ten hours, that’s crazy, but it’s a good getaway too.”

I also had to ask about the Pro Bowl preceding the Super Bowl this year, to which Haynesworth simply replied, “I really think that sucks. I think that was horrible.”

“We’re normal people. Being on TV, people start to think you’re Superman or something like that. I’m a normal guy. I love to shop at Walmart, it’s one of my favorite places to go. You know, they think you’re like a celebrity or a superstar but I kind of just see it as a job. It’s something I love to do; I mean you should love your job. I don’t really consider myself a celebrity or a superstar or anything like that.”

Through my conversation with Haynesworth, I realized he is not the man he is made out to be by most members of the media. He is an extremely caring individual, he is down-to-earth, very talented, unselfish and surprisingly modest. These wonderful attributes of a human being are deceiving to those thinking his off-the-field kindness will translate to on-the-field weakness.

“I hate to lose. That’s one thing that makes me good. I just don’t feel another man can beat me one-on-one. So I refuse to accept failure.”

Don’t worry Albert, you are so dedicated to everything you do and you have achieved so much, you will never have to accept failure. It will never even be an option.