An Athlete, A Father, A Legend: Kobe Bryant 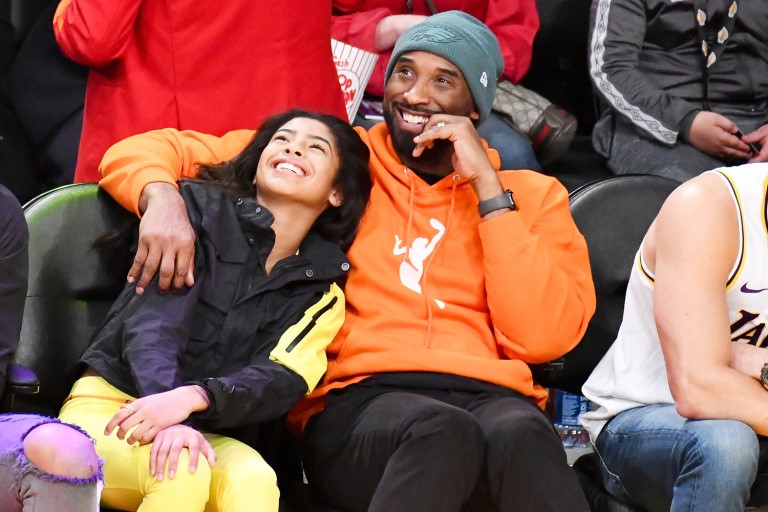 An athlete, a father, a legend. These are just a few of the words that can be used to describe Kobe Bryant. He was an inspiration to an entire generation of kids who idolized him as their own flesh and blood, he transformed the game of basketball as we know it. When his passing was confirmed, it was almost as if the whole world stood still. People from all walks of life came together to mourn one of the greatest to lace up a pair of sneakers and run out onto the hardwood.

Tyrone Stallworth, a writer for Back Sports Page took this loss exceptionally hard. Waking up to the news was like waking up in a nightmare for him.

“Kobe and Allen Iverson were the two people who got me not only into basketball, but sports as a whole.” Stallworth said when asked about this tragedy. “My grammar school would allow us to pay .25 cents on Fridays to get out of uniform, and every Friday, I would pay that quarter so I could wear my Kobe jersey to school. It is amazing that I feel so much loss and I’ve never spoken one word to him.”

Much like Stallworth, Back Sports Page writer Ahmed Shifa has a very similar feeling.

“Kobe Bryant was the only reason I became a Lakers fan and even cared about basketball. The minute I saw his style, his work ethic, I wanted to be just like him,” said Shifa. “He always was and will always be my favorite player. I just can’t explain how this hits me so hard, but it’s almost like I lost a mentor, even though I never met him.”

The tragedy didn’t end with Bryant, his 13 year-old daughter Gianna was also aboard the helicopter and passed away with her father. The heartache even reached as far as the former president of the United States, Barack Obama.

“Kobe was a legend on the court and just getting started in what would have been just as meaningful a second act. To lose Gianna is even more heartbreaking to us as parents. Michelle and I send love and prayers to Vanessa and the entire Bryant family on an unthinkable day.” (@BarackObama)

Brianna Ramirez, another Back Sports Page writer had nothing but great things to say about Bryant’s daughter.

“I don’t have a personal story about Kobe, but I do know how important he was to the NBA. It is just surreal to think that he is gone,” said Ramirez regarding the passing of the father-daughter duo. “It is also absolutely devastating to think that his 13 year-old daughter Gianna Bryant was in the accident. Seeing them both at games was heartwarming to watch, and the fact that Gianna knew she wanted to carry her father’s legacy is crushing. She was destined for greatness and would have been extraordinary in the WNBA.”

The passing of Bryant and his daughter came 16 hours after he posted on social media congratulating LeBron James for passing him and moving onto #3 all-time in points scored. It was a shock to the sports world, and flipped it upside down.

Tributes to Bryant spanned across almost all sports today, most notably the Toronto Raptors and the San Antonio Spurs each took a 24-second shot clock violation to commemorate the number worn by Bryant during most of his illustrious career. The Boston Celtics and New Orleans Pelicans also did the same to honor him. The tributes didn’t stop there, during the NFL’s Pro Bowl Green Bay Packers’ Za’Darius Smith honored Bryant after getting a sack by imitating his footwork before pretending to take a shot.

Bryant was an inspiration for a massive amount of athletes, musicians, and just about anyone with a dream. He helped a plethora of people get through some of their toughest moments in life by introducing the Mamba Mentality. “If you see me in a fight with a bear, pray for the bear. That’s Mamba Mentality.” is one of Bryant’s most famous quotes. Mamba Mentality is a lifestyle focused on outworking everyone else, being self-aware as you strive towards the top; more than anything, it evolved into a mantra that would transcend him.

Bryant always gave his best on and off the court, whether it was coaching his daughter Gianna’s basketball team or advocating for equal treatment of women in the WNBA, he was giving his all. The world will miss his greatness and generosity as he leaves behind a legacy befitting to the one and only Kobe Bean Bryant.