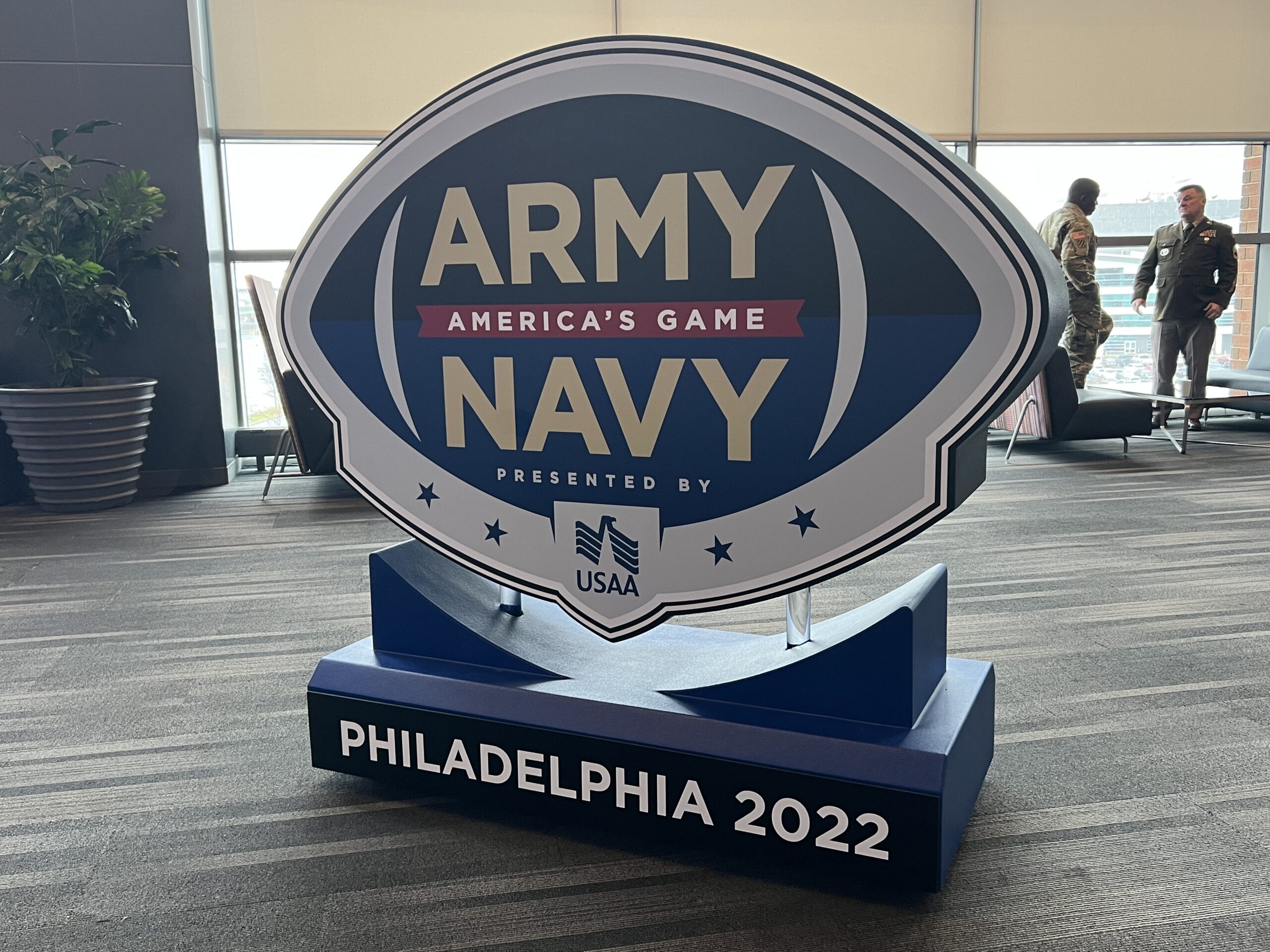 On Wednesday at Lincoln Financial Field Army and Navy head coaches and their team’s captains gathered together for a luncheon and media day. Next Saturday on December 10th the 123rd game of the historic rivalry will take place in Philadelphia.

The Army Black Knights (5-6) are led by Head Coach Jeff Monken in his ninth season, who has four wins over Navy in his tenor. The captains in attendance were senior defensive back Marquel Broughton and senior center Connor Bishop.

The Navy Midshipmen (4-7) are led by Head Coach Ken Niumatalolo in his 15th season. Niumatalolo has ten wins over Arm, most of any coach in the rivalry. Striker John Marshall, kicker Bijan Nichols, and offensive tackle Kip Frankland were the senior captains in attendance for the Midshipmen.

Army coach Jeff Monken touched on playing this game in Philadelphia, “This game is special no matter where it’s played. Philadelphia has such a tremendous history with this game, Monken said. “The city really embraces Army vs Navy which is fantastic. It wouldn’t matter if we played this game in a parking lot there is so much emotion and so much at stake to those competing and it’s just a great game.”

Ken Niumatalolo touched on this historic game and the level of preparation going into next Saturday,” You got two schools that are playing for the pride of their country, the pride of their institution. It’s the pure rivalry of competition,” Niumatalolo said. “You don’t want to overdo it as to stress people because everyone’s nerves are already high. Just make sure the preparation is clean, clear, and concise but it’s not like you can meet longer, lift more weights, and run harder. Because you can’t do more.”

In their final game of this historic rivalry, Army’s Broughton and Bishop both spoke on what this game means to them and about how the atmosphere is leading up to a game of this magnitude.

“This game means a lot. A lot of excitement, passion, and things you pushed through throughout your career to finish up and play against Navy,” Broughton said.

“Narrow focus on what it’s going to take to win this game, not the distractions or everything else going on,” Bishop said. “But just particularly on the field what we need to do and go out there and execute.”

Navy’s John Marshall gave his thoughts on one of the biggest games in college football, “We’ve been super locked in on this game more so than any other game this year. The experience you get from winning this game is like no other.”

Lastly, when speaking to Kip Frankland we discussed what this game means to him, ” This is one of the biggest recruiting tools to coming here to play in this huge game with America watching. It’s so special and I’m excited to play in it,” Frankland said. “The tensions are high and go throughout the locker room. This game means everything to the boys. It’s been a blessing to play here and I couldn’t play anywhere else.

What to Know Before Kickoff

The Black Knights go into next week coming off two straight victories against the University of Connecticut and the University of Massachusetts. They are averaging 29.4 points per game, rushing for 304.4 yards per game along with 37 touchdowns on the ground.

As for the Midshipmen, they are coming off a huge victory over #20 UCF after only losing to #20 Notre Dame by a score of 35-32. Navy is averaging 22.4 points per game while rushing for 239.5 yards per game. They are also only allowing 85.6 yards per game on the ground.