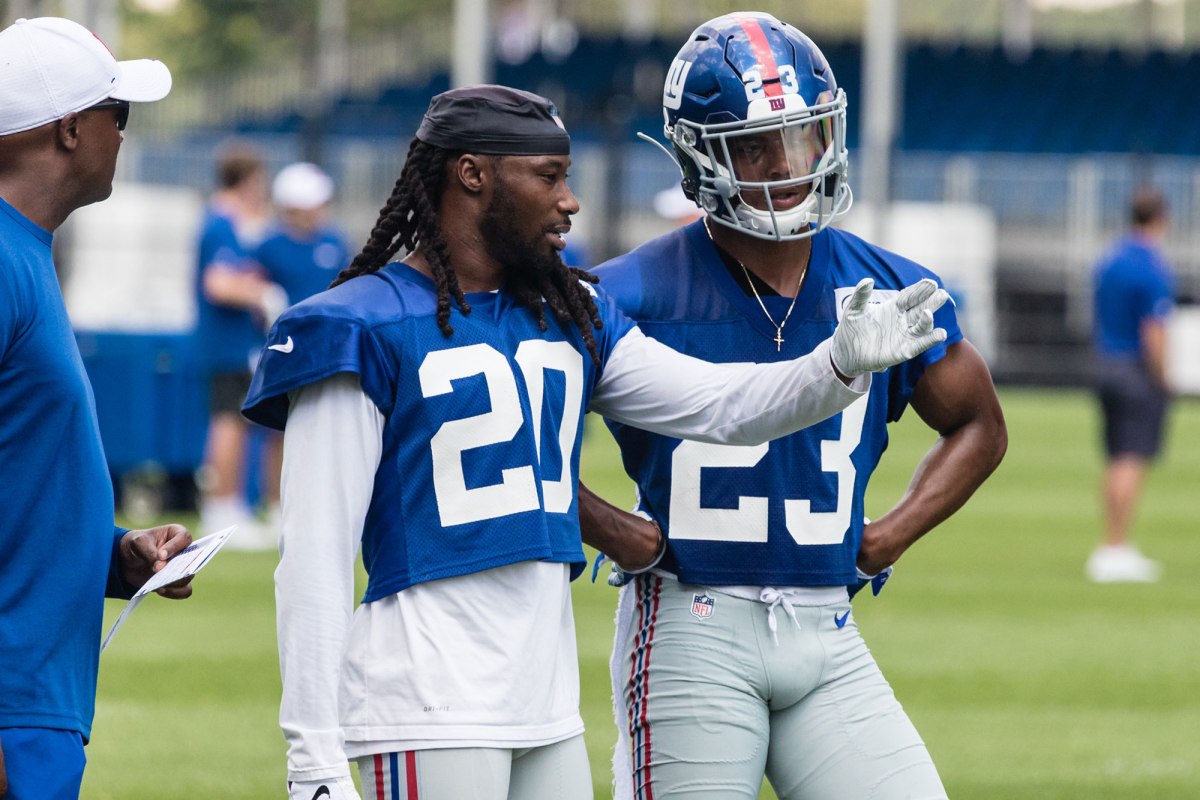 The New York Giants have a short week this week as they gear up to play the defending Super Bowl Champion New England Patriots. The Patriots are led by future Hall Of Fame Quarterback Tom Brady and Bill Belichick.

The Giants are no strangers to the Patriots as Big Blue defeated New England in the Super Bowl back in 2008 and 2011. Brady always seems to get up against both New York teams

This will be the first time since the 2015 regular season where the undefeated Patriots walked in to Metlife stadium to play the Giants in what became a nail biting win that kept New England undefeated at that point.

“Today was like a Wednesday practice” Shurmur stated Monday..” The coaches had things prepared and ready to go. We were out here basically in teach tempo, and did what we would do on a Wednesday.”

Daniel Jones will be prepping for his first meeting against the Patriots as well and rookie QB’s have often struggled against Defending Champs. Even on a short week.

“It’s obviously my first time doing it here, so the routine is a little bit different, but that’s part of the challenge” said Jones on Monday during his media session. They have the same challenge in a short week for them also, so I’m confident we’ll be prepared. We’re excited for the opportunity.”

On the topic of Daniel Jones, Patriots Head Coach Bill Belicheck spoke with the New York Media and gave his view of the Giants rookie QB on which he had his eye on during draft time.

“He spent most of the day here, actually spent a lot of time with our offensive coaches, with Josh (McDaniels) and Mick Lombardi, guys that work with that position on the offensive side of the ball. We had a great conversation, talked about a lot of things” said Belicheck. “He’s very mature, certainly a good understanding of the Duke offense and Coach Cutcliffe and the things that they were doing there. Again, a good grasp of the offensive system—protections, routes, route concepts and why they’re used in different combinations and in certain situations. Actually, I think it was kind of a change of plans, but at the end of his visit, I think he said he had to go somewhere, but then he ended up going to the Giants from here, so even I could figure out there was something going on there.”

“He’s an impressive player and a very impressive person. We had a great visit, and again, playing quarterback in New York is not the easiest thing in the world, but he’s got a lot of maturity and a good head on his shoulders and has good perspective on football and the overall leadership position that comes with that role on and off the field. So, I’m sure he’s done well and will continue to do well.”

The three players who did not participate are among the team’s most important offensive contributors, the top available players at their positions when the Giants took the field yesterday: running back Wayne Gallman, wide receiver Sterling Shepard and tight end Evan Engram. Gallman and Shepard are in the NFL concussion protocol and Engram has a knee injury