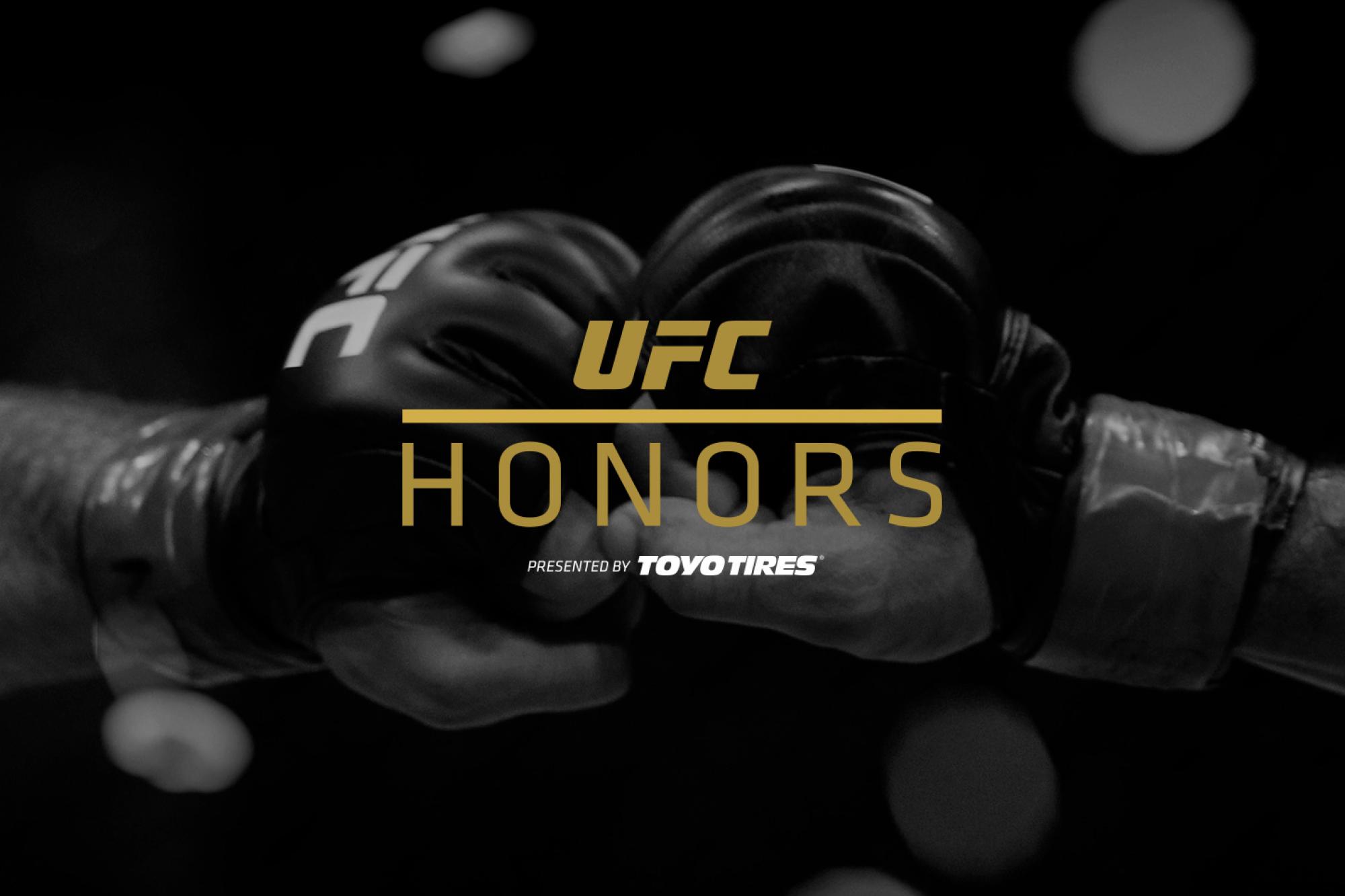 2020 was a treacherous year for many, but it’s finally coming to an end. The UFC had perhaps it’s most memorable year – considering what they overcame. Numerous fighters deserve special recognition for their feats. We do that here in BSP’s 2020 UFC awards.

Fight of the Year

Alexis Rodriguez: Figueiredo-Moreno made this decision incredibly hard. However, the violence output in Weili-Jedrzejczyk was calculated chaos lasting 25 minutes – leaving everyone dumbfounded in amazement.

Both women left each other battered in a pocket fight, with Joanna attempting her usual volume, and Weili matching each strike. It was a brutal bout that left hematomas, cuts, bruises, and applauses.

Undoubtedly, the crowd helped and elevated the bout. Still, it’s possibly the greatest women’s fight of all time, and one of the best title fights in UFC history.

Ryan Truland: UFC 248’s co-main event was an instant classic. Weili Zhang and Joanna Jedrzejczyk totaled 351 combined significant strikes – the third most in a UFC fight ever. Furthermore, what occurred over those 25 minutes was undoubtedly the greatest fight in women’s MMA history.

A couple fights came relatively close to matching this one in terms of entertainment, but Weili-Joanna stands above them all.

Not only was the output insane, the damage afterwards was like nothing we’ve ever seen before – specifically Jedrzejcyk’s. Weili left the octagon that night with a split-decision victory, in what was the best fight of 2020.

Fighter of the Year

Alexis Rodriguez: Many fighters stamped themselves amongst the best, but one stood above them all – Deiveson Figueiredo. He put an entire division back on the map, both through dominant performances and an all-time fight.

Missing weight earlier in the year wasn’t a great look, but he finished Benavidez. In the rematch, he came in on weight. He then proceeded to dominate Benavidez – knocking him down multiple times and finishing with a clean submission.

His third fight of the year against Alex Perez was a quick, snapping submission win that showcased his killer instinct. Then, in one of the best fights of 2020, he fought Brandon Moreno to a draw. ‘Deus Da Guerra’ is deserving of recognition for his 2020. The man is a showman.

Ryan Truland: Again, I find myself agreeing with my colleague. Deiveson Figueiredo had the best 2020 of any fighter on the planet. Going (3-0-1), ‘Deus Da Guerra’ solidified his status as the most powerful flyweight ever.

His star was officially born this year. Despite speaking much English, Figueiredo won fans over with his unrelenting style. The Brazilian bulldozer also broke the record for quickest turnaround between title fights. The man headlined back-to-back PPVs as well!

Sprinkle in being apart of one of the best fights of the year (vs Moreno), and you have one of the most impressive years a fighter has had in some time. I say run it back with Moreno. If ‘Figgy’ beats him, Cejudo or Garbrandt ought to be next.

Breakout Fighter of the Year

Alexis Rodriguez: This pick is difficult because a couple guys put their hat’s in the ring. My pick is Kevin Holland though. Going (5-0) in 2020, finishing four of his opponents including: Joaquin Buckley, Anthony Hernandez, and most impressively, Jacare Souza – in a knockout of the year contender.

‘The Trailblazer’ had more activity, finishes, and wins than the other contender for this award. Chimaev may have the hype, but it’s Holland who capitalized and ended the year with arguably, even more hype. That’s why I credit him in this section of the 2020 UFC awards.

Ryan Truland: Kevin Holland could definitely win this award, but he’s been around since 2018. That is why for “breakout” fighter of the year I’m selecting Khamzat Chimaev. ‘Borz’ broke out like no other fighter has ever done before.

Booking a main event versus top five contender Leon Edwards was just icing on the cake for this breakout star.

Comeback of the Year

Alexis Rodriguez: Beneil Dariush and Drakkar Klose gave us a few seconds of madness. This was not a typical comeback. Dariush had won the first round using his grappling.

It was Klose who was mounting his comeback by hurting Dariush badly on the feet. However, after getting a little too reckless, Klose found himself in trouble.

In some of the craziest moments of 2020, Dariush rushes forward himself and knocks Klose out with a straight left. It was pure magic. It was also the best comeback of 2020.

Ryan Truland: There was a point in this fight where if referee Chris Tognoni stepped in to stop it, not many would object. Dwight Grant had Daniel Rodriguez in serious trouble after dropping him with a heavy right hand. ‘D-Rod’ was covering up trying to survive before working his way up and completely shifting momentum.

When Rodriguez got to his feet, he never quit moving forward. The two men, who both received last-minute opponent changes, exchanged on the feet. Grant seemed to have exhausted his gas tank trying to finish Rodriguez early on though.

Out of his southpaw stance, Rodriguez pressured Grant, effectively landing his power left hand. “Goodness gracious” said Dominick Cruz as ‘D-Rod’ made the comeback official by scoring the TKO victory. All of this action in just three minutes!

Upset of the Year

Alexis Rodriguez: Roxanne Modafferi came in as a (+625) underdog against Maycee Barber. The latter was trying to break records. She still can, but her road became harder after losing to Modafferi pretty convincingly.

As a pioneer of women’s MMA and a fan favorite, Modafferi was viewed as the stepping stone for Barber. The big betting favorite tore her ACL early, but it cannot take away from Modafferi’s performance. She began 2020 with a bang.

This was an absolute stunner as ‘Juicy J’ Erosa answered the call. At first, Woodson seemed to be executing his game-plan to a T – keeping Erosa at bay, while striking at distance. After eating many of Woodson’s best offers, Erosa turned the tides in the final round.

After closing the distance, Erosa was able to land some significant strikes as he got the fight to the ground. From there, he sunk in a deep D’arce choke – forcing Woodson to submit. Julian Erosa had immense pressure on his shoulders, but he was able shrug it off to earn a finish victory in the upset of the year.

Card of the Year

Alexis Rodriguez: UFC 256 was great from top to bottom. UFC 249 truly gives it a run for its money, but it falls just short.

Ciryl Gane also planted himself in the top 10 at heavyweight, Kevin Holland ended his breakout campaign with a bang, Mackenzie Dern gave us a solid performance, and Charles Oliveira made a career-defining performance. The night ended with Deiveson Figueiredo and Brandon Moreno giving us a fight for the ages. UFC 256 was simply too much to ignore – which is why it’s mentioned in the 2020 UFC awards.

Ryan Truland: Four of the five main card bouts resulted in finishes; including both title fights. UFC 249 was the best card of 2020. In the card’s second fight, Bryce Mitchell put on one of the best grappling displays we’ve seen this year. Directly after that, Vicente Luque and Niko Price went back and forth in a war. Two future Hall of Famers (Anthony Pettis & ‘Cowboy’ Cerrone) squared off in the feature prelim.

On the main card, Calvin Kattar cemented his contender status with a devastating elbow to he head of Jeremy Stephens. Then, Francis Ngannou made another brief, but emphatic appearance versus Jairzinho Rozenstruik.

The night wrapped up with two title fights. The first, saw Henry Cejudo dominate Dominick Cruz before hanging up his gloves (for now). I know the headliner wasn’t Khabib-Ferguson, but Justin Gaethje stepped in a stole all the shine. It doesn’t get any better than UFC 249.

Knockout of the Year

Alexis Rodriguez: Of course there were other great knockouts this year. Joaquin Buckley stole this award the second that kick landed though. Kevin Holland and Cody Garbrandt have cases, but they’re not strong enough.

Ryan Truland: How do you not give this award to Joaquin Buckley? No other knockout ever took over the internet like his on Impa Kasanganay. It was something straight out of Mortal Kombat.

Holland, O’Malley, and Garbrandt all had great KO’s. Still, what Buckley accomplished will live on UFC highlight reels forever.

Rematch of the Year

Alexis Rodriguez: Rose Namajunas and Jessica Andrade gave everyone a show. Their first fight was mostly Rose schooling Andrade on the feet until a slam suddenly put Namajunas away.

To many, it felt like that was Andrade’s only path to victory. Andrade threw all of that talk out of the window and proved her worth.

Namajunas did outbox her for the majority of the fight, but Andrade was landing big shots. Then, in the third, she turned it on and left Rose more damaged. It was spectacular. It was one of those rematches that was better than the original.

I could watch these two go back and forth every weekend if they were up to it. All kidding aside though, Luque-Price 2 was the most entertaining rematch of the year. Absolutely deserving of being recognized in the 2020 UFC awards.

Alexis Rodriguez: Many fighters can make a run for this distinction. Yoel Romero didn’t look great against ‘Stylebender’, but same could be said for the latter. Still, Romero’s loss was close. Jorge Masvidal actually gained traction after his loss to Kamaru Usman, due to taking it on a week’s notice.

However, Max Holloway gets the nod because of his controversial decision loss to champ Alexander Volkanovski. The fight was tremendously close. Many came out disappointed – clamoring for a third fight between the two.

Instead, Holloway fights Calvin Kattar. His people’s champ status remains untouched. He’s still a popular fighter who deserves another shot; especially after an impressive reign at the top.

Ryan Truland: UFC President Dana White is your people’s champ for 2020, and it’s not even close. When the world was at a state of unrest and turmoil, Dana did everything it took to provide us with fights. Not only that, but holding events ensured his fighters could continue working as well.

He got Fight Island up and running in seemingly no time. Moreover, every fighter who has competed there raves about the accommodations. He even hosted another season of Dana White’s Contender Series over the summer/fall.

On top of all that, he was able to navigate through each and every obstacle that COVID-19 threw at him. Fighters caught the virus and the promotion adapted – quickly.

2020 was a whirlwind of a year. The UFC handled everything in stride to give us great content. These were BSP’s 2020 UFC awards.

Who are your winners of the 2020 UFC awards?