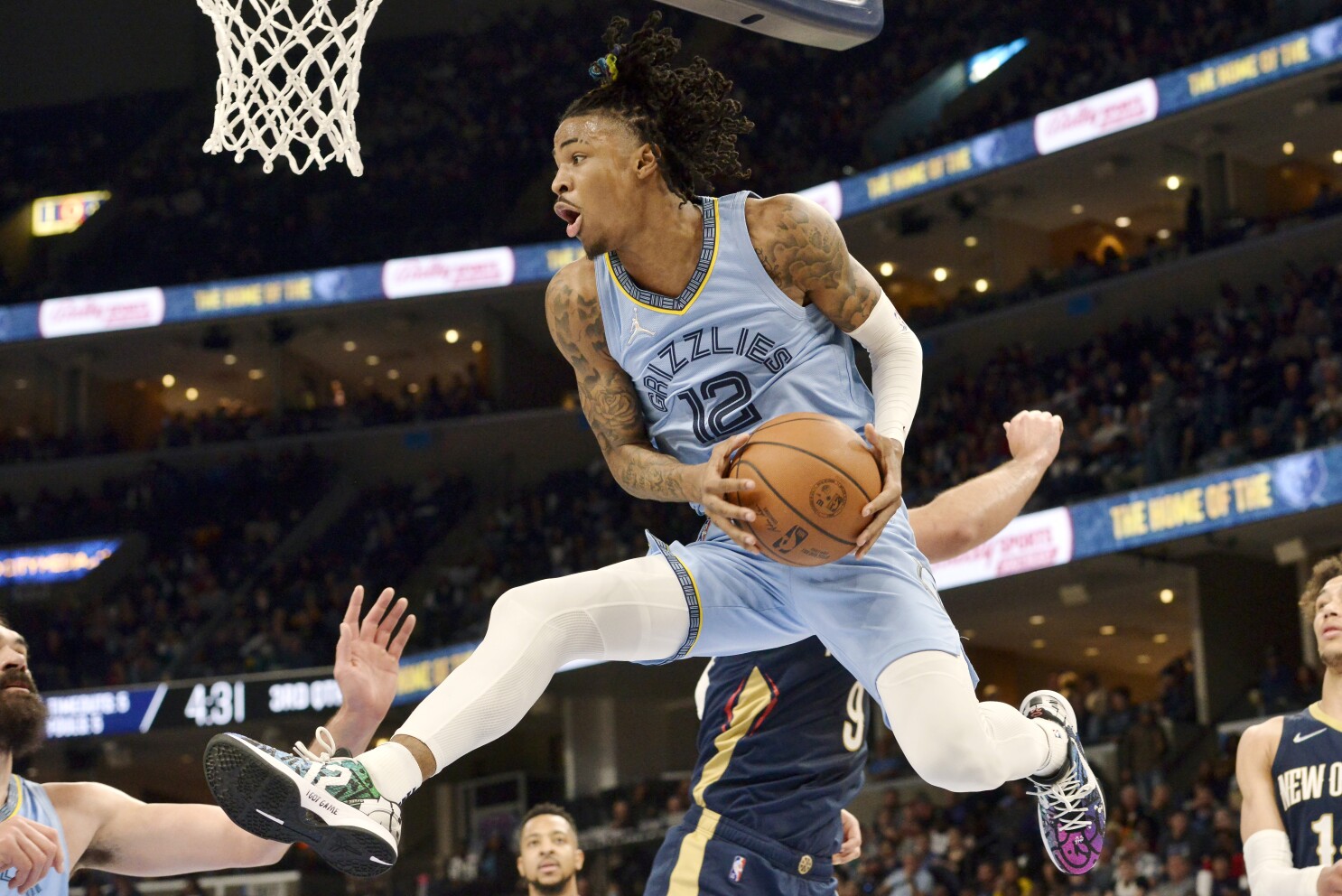 Grizzlies guard Ja Morant couldn’t help but beam with pride as he sat alongside Grizzlies Vice President of Basketball Operations Zach Kleiman one week after signing the largest contract in franchise history in a Friday evening press conference.

In his first time speaking with the media since agreeing to a five-year, $193 million rookie-level max extension deal on July 1, the 22-year-old thanked Kleiman for selecting him with the second overall pick in 2019, and reflected on head coach Zach Taylor’s contributions to him and his teammate’s development.

“A lot of credit goes to the organization for making me happy. They brought me in, made me feel at home and allowed me to be myself while I’m out on that court being able to play my game. You know it makes me happy.” said Morant. “The loyalty and the joy they show with me means a lot to somebody who is a big family person. Memphis is my family. That’s why this is my home.”

The deal can increase to as much as $231 million, or 30% of the team’s salary cap space per year, should Morant earn an All-NBA selection for the second year in a row through the decade-old “Derrick Rose rule.” Bulls guard Zach LaVine earned the same incentives when he signed a five-year, $215 million with Chicago with a player option in the final year, the largest contract in franchise history.

Unlike LaVine, however, the deal did not come with a fifth-year player option or a 15% trade kicker. Morant signed a full five-year deal with an average of $38.6 million, keeping the All-NBA guard in a Grizzlies uniform until the end of the 2027-28 season. The deal will kick in once his rookie-scale contract expires in 2023.

The decision to lock down Morant for the next half-decade couldn’t be easier, Kleiman said, adding his leadership and sky-high potential made him a valuable part of the Grizzlies’ conference semifinals run last season.

“There’s no one who I would want at the heart of this team like (Morant) is,” Kleiman said. “I have all the confidence in that world that we are going to get to where we want to get to, which is winning championships in Memphis.”

After a stellar sophomore season, Morant earned his first career All Star selection after averaging 27.4 points, 5.7 rebounds and 1.2 steals per game, all career highs for the third-year guard. He earned an All-NBA Second-Team selection and the Most Improved Player Award. During his first year in the league, Morant earned the title of Rooke of the Year, making his MIP award even more impressive.

Morant is estimated to make $33.3 million in 2023, putting him $6 million ahead of forward Jaren Jackson Jr. and about $19 million ahead of guard Tyus Jones. The Grizzlies could have as many as 11 contracts two seasons from now should they accept every club option included in this year’s roster, including the rookie-scale contracts of forwards Desmond Bane and Ziaire Williams.

The Grizzlies have a bright future ahead of them with all their young talent, and it starts with Morant at the forefront. From his explosive play to his leadership, on and off the court, Morant is going to be the piece of the puzzle that elevates this team to the next level.

Predicting the Top One Hundred Players after the 2022-23 Season
Chet Holmgren: The Oklahoma City Blunder