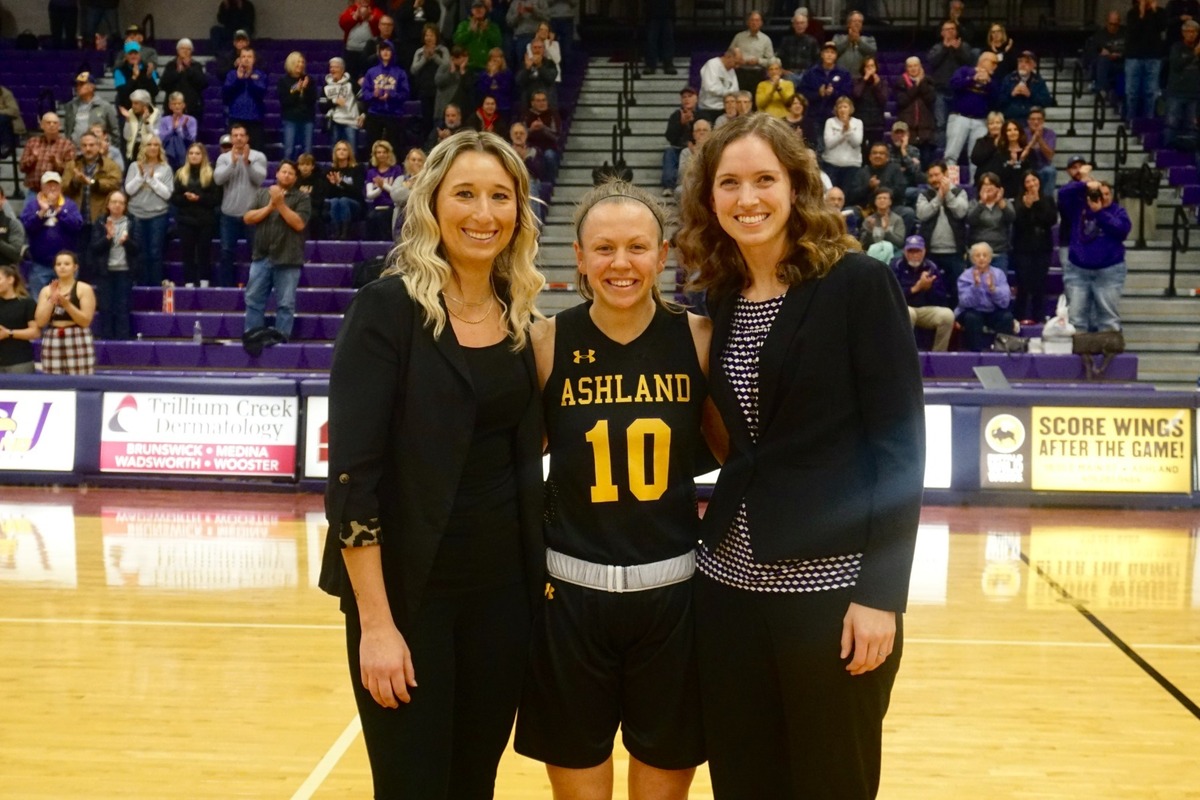 Hallie Heidemann’s Ashland Impact is an important piece to the Eagles’ rise as a powerhouse in NCAA Division II Women’s basketball. The 5’8″ wing from Cincinnati recently broke the all-time program record by hitting her 275th career three-pointer back on December 1st in Findlay.

Now, as the graduate senior looks back on her career, she will have her spectacular shooting to thank for her success. Heidemann also plans on getting into a teaching career after the 2022-23 season comes to a close.

Another recognition Hallie has is her ability to be a role model for her team and her community. According to Dusty Sloan of goashlandeagles.com, Heidemann also is in the running for the 2022 John Wooden Citizenship Cup.

Describing the Citizenship Cup, the award goes to high school and collegiate athletes who best emulate John Wooden with their display of character, teamwork, and citizenship. Throughout her first four years, despite her 5’8″ frame, Heidemann played with a physical mentality. Hustling for rebounds and stretching the floor, Heidemann can do it all. Her life experiences and her academic excellence make her a perfect fit.

She also helps out with the team by partaking in the Christmas Ashland toy drive, leading drills in kids’ clinics, and meeting with the community at the annual Breakfast with Eagles.

Not only is Heidemann a smart player on the court, but she was also a smart player in the classroom. Hallie graduated in May and put together a cumulative 3.87 GPA as she’s studying to be an intervention specialist.

Getting back to the record from earlier, entering the season, Heidemann needed just 13 threes to surpass Taylor Woods’ mark of 274 (she started with 262 career makes).

Through the first ten contests of the 2022-23 campaign, she already had almost double that.

And, throughout her career, Hallie is a better than 45% shooter from range.

And since entering the starting lineup in 2019, Heidemann serves as an instant sparkplug.

Hallie’s career line includes an average of 10.5 points, 3.8 rebounds, and 2.3 assists per game. And the Eagles love the way she shoots the ball. She also posted a career-best 86.8% make rate from the free throw line last season.

So whether she’s in the classroom, or shooting the lights out on the court, Hallie Heidemann’s Ashland impact is noticeable for her team. She’s been a valuable piece for the Eagles, and Heidemann will continue to have a notable legacy representing the purple and gold.