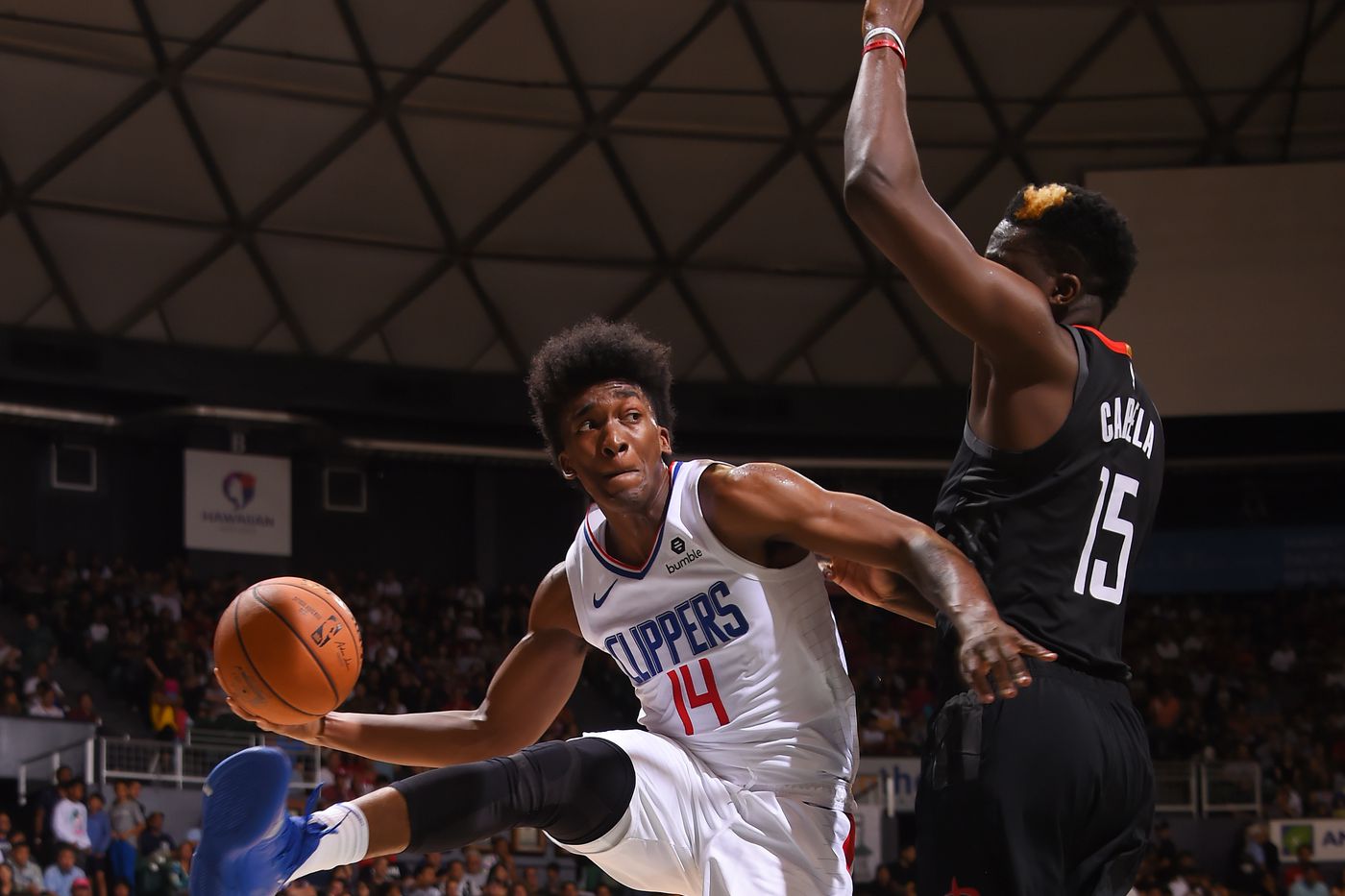 The Los Angeles Clippers kicked off their preseason with a game against the Houston Rockets in Hawaii. Doc Rivers and the staff all wore Hawaiian shirts for the occasion; nice touch. Neither Kawhi Leonard nor Paul George suited up for this one, with Rivers noting they’re the only two players who are sure fire starts every night when healthy during the regular season. Rivers added that he’s been contemplating a “sliding starting lineup” due to the depth of the team,with different players getting the starting nod depending on the night. Lou Williams and Montrezl Harrell will most likely retain their roles off the bench, as an electric second team duo who often end up playing starters’ minutes.

The Clippers got down early in this one, with Houston Rockets star James Harden making his presence felt scoring 20 first half points, and 37 total. Montrezl led the Clippers with 17 points and 6 rebounds. Rookie Terance Mann looked great in his preseason debut and lived up to the hype he had garnered coming out of training camp. He finished with 8 points, 9 rebounds and 4 assists. Ivica Zubac got the start at center and had 10 points on 5 rebounds. Rodney McGruder looked solid as well chipping in 12 points in only 17 minutes. Patrick beverley was held scoreless and Landry Shamet was held to only 2 points in 23 minutes.

The Clippers followed up their loss to Houston with a win against the Shanghai Sharks of the CBA. While the Sharks are not an NBA caliber team, it was still encouraging to see the Clippers get the W in convincing fashion. JaMychal Green led all starters with 13 points, Zubac had 11 rebounds and Landry Shamet dished out 8 assists. Maurice Harkless chipped in 16 off the bench and had a stellar +16 in terms of +/-. Jerome Robinson and Rodney McGruder similarly killed in it terms of +/- with +28 and +27 respectively off the bench while both playing over 20 minutes. The Clippers have a nice, deep team and it showed Sunday with 17 players seeing the court. However, it should be noted that this game is not indicative of what’s to come as it was an exhibition against a CBA team. Still nice for some of the deeper bench guys to see real minutes.  The Clippers will look to keep improving as they face the Denver Nuggets on October 10th and then the Dallas Mavericks on October 17th.

By the start of the regular season, the Clippers will only be able to have a max of 15 players on the roster. As of now, based off salary owed and general expectations, the following are destined for the final roster: Leonard, George, Beverley, Harrell, Williams, Harkless, Zubac, Shamet, Green, McGruder, Robinson, Patterson, Kabengele and Mann. That’s 14 of the spots pretty much filled unless rookies Mann or Kabengele get sent to the G-league for a stint if they struggle to begin the season. As of now, Jonathan Motley and Amir Coffey have already signed two-way contracts with the Clippers G-League affiliate, Agua Caliente Clippers of Ontario. This all means there is pretty much just one spot left for the remaining players on the preseason roster to fight for, unless the Clippers pick up someone. There have been some rumors regarding Andre Igoudala to the Clippers but only time will tell. Be on the lookout for who makes the final roster for the Clippers, with their first NBA game slated for October 22nd against the Los Angeles Lakers.