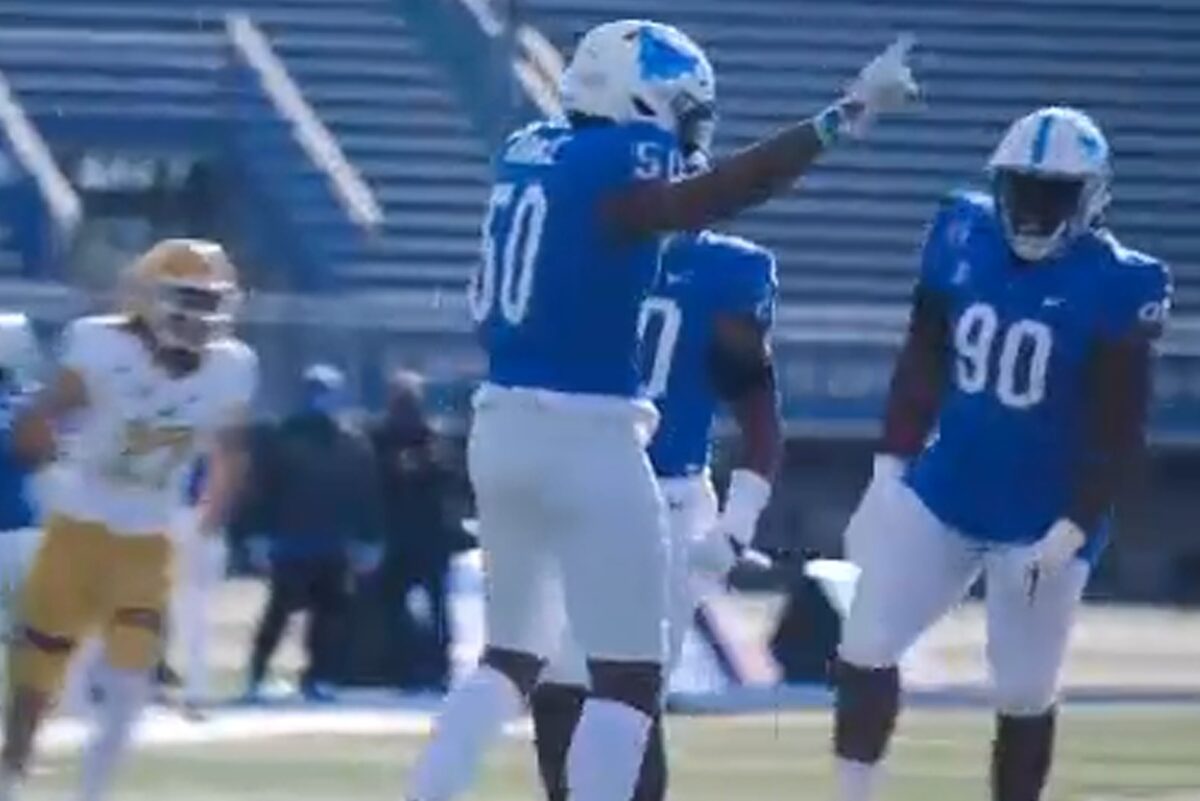 Leading up to the 2021 NFL Draft, Back Sports Page will release scouting reports on the NCAA’s top prospects. This edition: Malcolm Koonce.

After only receiving one Division 1-A offer from the University of Buffalo, OLB/DE Malcolm Koonce has made the most of his opportunity in the Mid-American Conference.

The 6’3″, 250 pound Senior had a slow rookie season in 2017, only logging 16 total tackles and one sack. Since his rookie year however, Koonce has recorded at least 30 tackles and three sacks in every season.

Koonce’s collegiate career was highlighted by his 2019 campaign, in which he tallied 33 total tackles (20 solo tackles), nine sacks, and three forced fumbles, making a strong case for a MAC Defensive Player of the Year nomination.

In his final 2020 season with the Bulls, Koonce earned himself an invite to the 2021 Reese’s Senior Bowl after a shortened regular season that consisted of 30 total tackles, five sacks, and two passes defended.

While somewhat undersized at the professional level, Koonce does have the length and proportionality to create separation. When he’s able to create space, Koonce shows bursts of explosive athleticism and is able to display effective, albeit limited, pass-rush moves to make the tackle.

Athletic play and length aside, Koonce can be inconsistent when it comes to utilizing his speed off the line and in his play recognition. The explosive play-making ability seems to be present, but if he wants to keep up with larger NFL linemen, Koonce will have to find a way to use a combination of his length and playmaking ability to “turn it on” at a more frequent rate.

Despite the need for refinement, Koonce has the athleticism and unique physical structure to be a contributor from both the three-point stance and in a 3-4 upright scheme. He’s likely to add versatile depth to any team that picks him up.