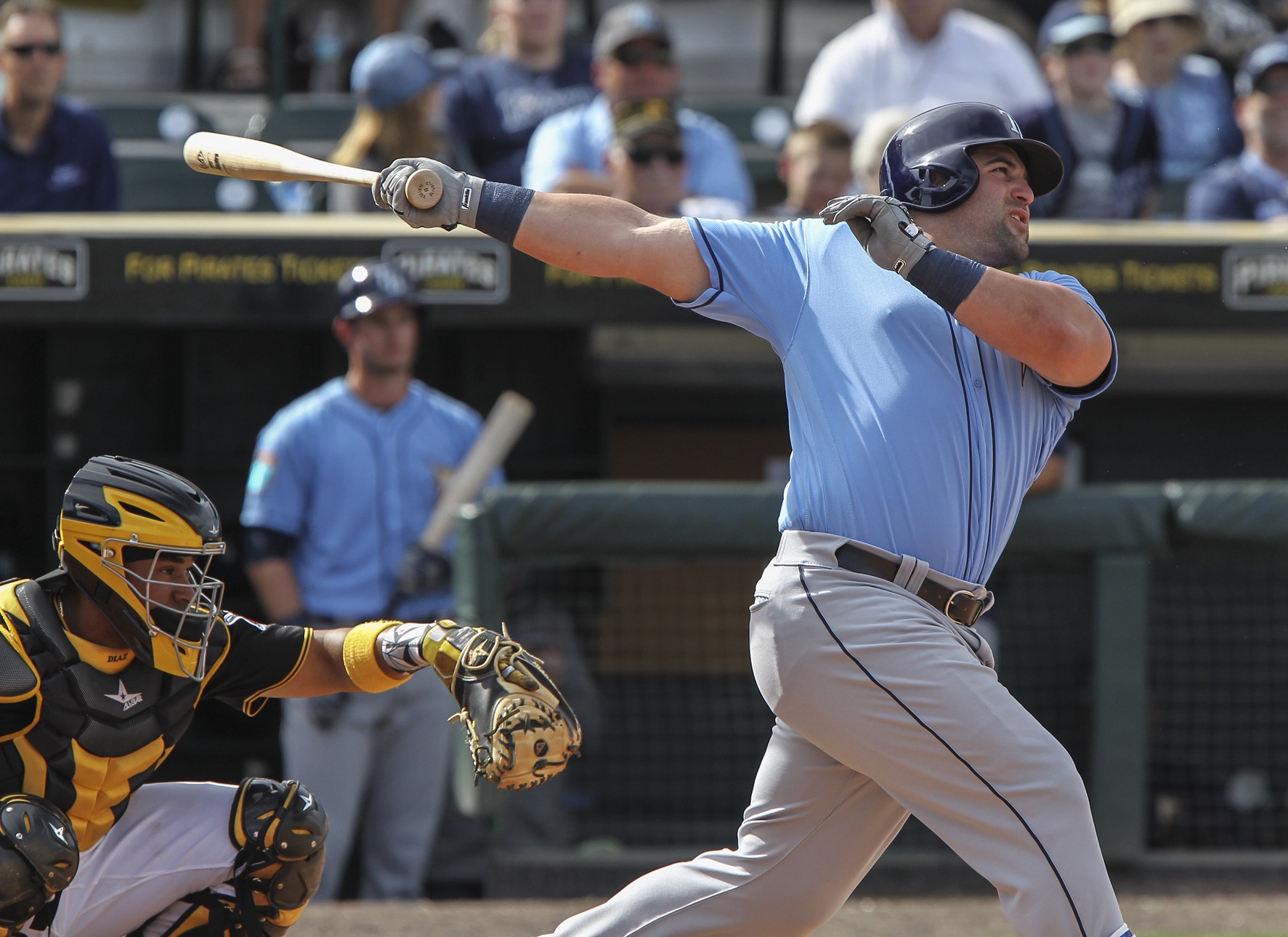 New York Yankees prospect Kyle Roller slipped under everyone’s radar since joining the organization in 2010. The Scranton/Wilkes-Barre RailRiders first baseman has never been apart of any top prospect lists, and at 26-years old, his prospect status is fading.

But this year, Kyle Roller has put himself on the map.

Roller began his season with the Trenton Thunder, the Double-A affiliate of the Yankees. He spent less than one month there, however, before receiving a promotion to Triple-A. With the Thunder, Roller batted .385 with 9 homeruns in only 21 games. As a career .278 hitter in the minors, Roller accredits the performance to his newly refined approach this year.

“Over the past couple of years, I was getting pitched away a lot,” said Roller. “Last season, my whole offseason goal was to drive the ball the other way. That’s something I’ve done consistently this year, and I think that’s helped improve my power and average go up.”

This year, Roller is considerably hitting the ball more to left side of the field. While a left-handed pull hitter is perfect for the dimensions at Yankee Stadium, growing into a player who can hit the ball to all fields will increase his chances at a Major League promotion.

Roller grew up in Rockingham, North Carolina, a small city about 2-hours outside of Raleigh. He began playing baseball at the age of 4, recalling his early desire to play.

“I remember I used to go out there and play catch or tee-ball,” said Roller. “From then on, I just had a passion to play, and it’s something I’ve always wanted to do. I used to always beg my dad to take me to the batting cages. Then, I started playing travel ball when I was 12 or 13 and bigger AAU tournaments, and I realized I was pretty decent. I was playing some pretty big prospects at the time, and I just felt like I had an opportunity to continue playing if I kept working hard, and that’s what I did.”

During his junior year at East Carolina University, Roller was offered Major League contracts by the Houston Astros and Oakland Athletics. Nevertheless, Roller passed on the offers to continue his education and develop his tools.

“I turned down money in the 11th round with Houston when they asked me if I would sign,” said Roller. “I finished my senior year to get my degree to put my price tag a little higher. Oakland took me in the 47th, but I had plans to go to the Cape [League]. I had a pretty good year, and I knew if I played well and kept working hard I’d have an opportunity to play after my senior year. I put together a pretty decent senior campaign, and luckily I was drafted in the 8th round.”

Roller’s decision to stay in school and fine tune his skills paid off, and in 2010, Kyle was selected by the New York Yankees in the 8th round of the Major League Baseball draft.

“When you think baseball, you think the New York Yankees,” said Roller. “When you have the opportunity to play with a first-class organization like this, it’s just been an awesome experience and an extremely enjoyable ride.”

Over the past 4 years, Roller has navigated his way through the Yankees farm system, relying heavily on his power. He spent 2 years in Single-A, with 3 different teams, before his Double-A promotion to Trenton in 2013. The opportunity to learn from elite coaches in the minors has provided him the necessary fundamentals to reach the next levels.

“You go from high school and college where you know you’ll have success to pro ball where guys pitch you totally different and have better stuff,” says Roller. “They help you understanding that baseball is a game of failure and to not let it beat you up. Take one at bat at a time and have a solid approach up there and win the battle.”

This year with the Scranton/Wilkes-Barre RailRiders, Roller has added a .284/.380/.502 slash line to the already impressive month of April spent with the Thunder. Collectively, Roller now has 24 homeruns, 66 RBI’s, and is batting .304 this season.

“Physically, I think I have what it takes to get there, but what happens between my ears is another thing,” says Roller. “You don’t want to overthink situations and I tend to do that a lot, and I get myself in trouble for that. I go up there with a relaxed mind, trust your eyes, and hit what the pitcher pitches you.”

With Yankees first baseman Mark Teixeira unable to stay healthy, Roller could find his way onto the team this season. Major League rosters expand from 25-players to 40 on September 1st, and Roller could provide power off the bench to the Yankees, who rank mid-league in homeruns this season. Still, Roller must continue to get stronger at first base, and despite his ability to DH, the Yankees covet Teixeira’s defense at first.

“Defense has always been my struggle,” says Roller. “I’ve gotten ten times better from when I started in this organization, but I’m continuing to work on my footwork around the bag and throwing the ball.”

Whether or not the Yankees opt to add Kyle Roller to the 40-man roster on September 1st is uncertain. However, Roller is having an impressive season with the Scranton/Wilkes-Barre RailRiders, and has helped skyrocket himself to the top of the Yankees organizational depth chart. He is one Mark Teixeira injury away from getting his shot, and as a 250-pound left handed power hitter in Yankee Stadium, I would wager that Roller could be a mainstay with the Bronx Bombers in the near future.