Monty Williams And Chris Paul: A Story Of Growth 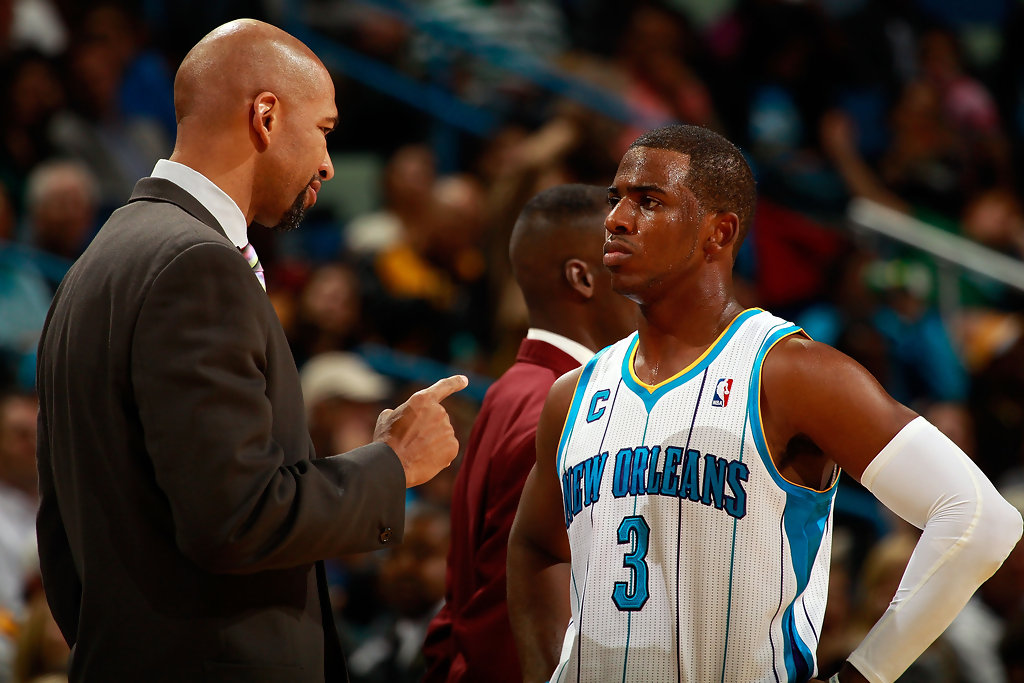 From a roster standpoint, the Phoenix Suns’ trade for Chris Paul garnered put the Valley on the marquee. Fans, players, and media members alike lauded General Manager James Jones for pairing Devin Booker and Deandre Ayton with one of the league’s best point guards, unlocking a plethora of offensive weapons. However, the most interesting wrinkle of the CP3 trade doesn’t lie in adjustments or schemes–it pertains to Monty Williams, Phoenix’s head coach. Williams’ relationship to Paul is as storied as it is complex. It began in the teal and gold of the New Orleans Hornets, where Williams was brought in to coach the team after Byron Scott was fired (a move which Paul was outwardly upset by). Despite a ten-game improvement under Williams, Paul was determined to force his way out of Louisiana, making his way to Los Angeles in 2011.

Now that the duo are reunited nearly a decade later, one might expect a level of animosity between the two of them. While speaking to a cavalcade of media on Monday, Williams made it clear that he intended for this rendition to turn out differently. Surprisingly, his justification for that belief had nearly nothing to do with basketball. Instead, Monty Williams pointed to how both he and Paul have grown as human beings over the past decade. “I think the only thing I’ve changed is my moustache color” was a common quip through the coach’s look back at his history, but it’s clear that he’s in a much different place now. For one, his position in Phoenix is no longer his first rodeo. With more experience under his belt, Williams stressed how important it was to stop clinging to his system. “[In New Orleans] I was walking around like a dictator… [not] allowing him to do what the great ones do”, he quipped, “I may have gotten in the way”. That same philosophy adjustment will translate over to how Williams views CP3’s oft demanding attitude–Williams will encourage CP3 to push his teammates towards greatness, just as he allowed stars like Tim Duncan and Russell Westbrook to do the same.

What’s more, Williams and Paul have also grown drastically with regards to how they view life outside of basketball. The pair have learned to grow as fathers: Paul married in 2011 and had a second child in 2012, whereas Williams has had to care for his five children on his own after the tragic death of his wife in 2016. They have also grown into two of the league’s most high-profile advocates for social change. Following the murder of George Floyd, Coach Williams wrote an excellent Op-Ed for the Atlantic, and continued to be an outspoken voice throughout his time in the Orlando bubble. For his part, Chris Paul now serves as head of the NBA Players Association, and recently worked with the Biden campaign on youth voter outreach in North Carolina.

With ten years of maturing under their belt, the pair also share a common goal. Monty Williams began his coaching career in 2005, the same year as Paul began his stint in the NBA. Over the course of the past 15 years, a championship has eluded them both. Though this year’s Western Conference appears to be loaded with talent, this may be the best chance either of them get.

Paul isn’t getting any younger, and the Suns’ roster is about to become significantly more expensive once Ayton comes up for an extension. However, with a team loaded with talent and both of their heads in the right place, it will be fascinating to see Williams and Paul work together again, and whether their growth can lead them to basketball’s ultimate goal.