NFL and Nike Huddle Up to Fund Girls’ Flag Football

Nike and the NFL are partnering up to tear down barriers and sponsor high school girls’ flag football teams around the United States, according to an NFL press release. 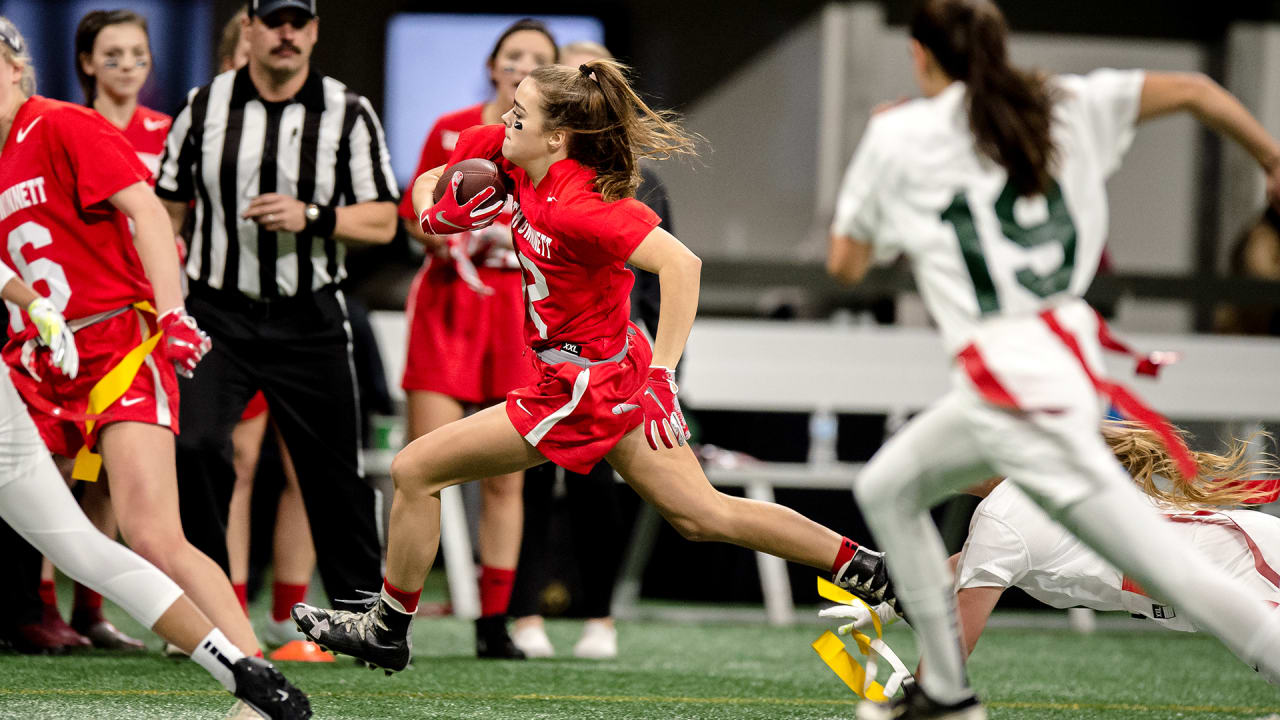 Nike and the NFL are partnering up to tear down barriers and sponsor high school girls’ flag football teams around the United States, according to an NFL press release.

“The expansion of girls’ flag football is essential to the growth of the game and preservation of the values it has contributed to society for decades,” explained Troy Vincent, NFL Executive Vice President of Football Operations. “Girls’ flag demonstrates that football is for all.”

The grant, co-created by Nike and the NFL, offers state athletic associations up to 100,000 dollars as a one-time payment. Any high school with a girls’ flag football team or plans to start a pilot program by 2021 qualifies. With a total budget of five million dollars, the initiative could provide at least 50 schools with funding. The grant delivers each recipient with uniforms, socks, and accessories necessary for the game.

As of 2020, only six states sanction girls’ high school flag football. Nike and the NFL, however, are hoping their money will add to the already rapid momentum behind girls in the sport. With flag football in general increasing in popularity, both the NFL and Nike see an opportunity to push that growth. In fact, Nike plans to expand its successful 11-Online football training series to include flag football specific workouts. In addition, the company will continue its Stronger Than One Series, which features women and girls who are erasing stereotypes and breaking barriers in football.

“The greater the participation, the stronger the game,” Vincent said. “And the more young women can build the transferrable skills football provides for achieving success in life.”