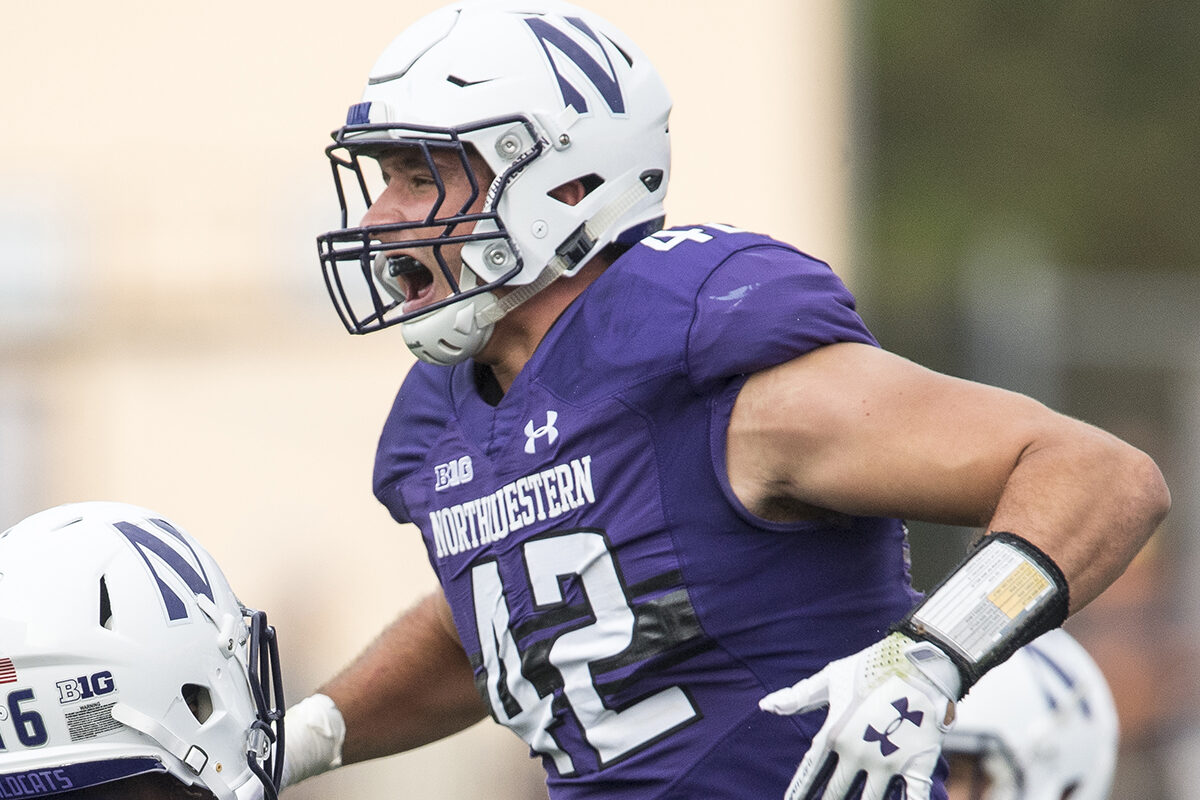 Leading up to the 2021 NFL Draft, Back Sports Page will release scouting reports on the NCAA’s top prospects. This edition: Paddy Fisher.

At 6’4″ and 240 lbs, it feels as though NU linebacker Paddy Fisher was plucked from another era of football, where hard-nosed interior linebackers were the anchors of seven man defensive fronts.

Fisher’s production dropped the following year, only recording 88 tackles and one forced fumble, in addition to one sack. In his final season at Northwestern, a shortened Big Ten season, the senior only finished with 74 tackles, two passes defended, and one forced fumble, but impressively averaged close to 9.7 tackles over just five games.

While type-casted as strictly a contributor in run-stopping, Fisher has unexpected athleticism for an inside linebacker his size, tallying an interception in every season he played. However, beyond the sporadic pick in coverage, Fisher has athletic limitations at the NFL level. As the game has gotten faster, the need for slower physical LBs has decreased.

Fisher’s draft stock may be limited due to his lack of pass-coverage ability, but what he lacks in coverage skills he makes up for in tackling and having the instincts to break up passes and knock the ball loose.

Look for the two-time First Team All-Big Ten and 2020 Butkus-Fitzgerald Linebacker of the Year to contribute on teams in dire need of run-defense improvement.