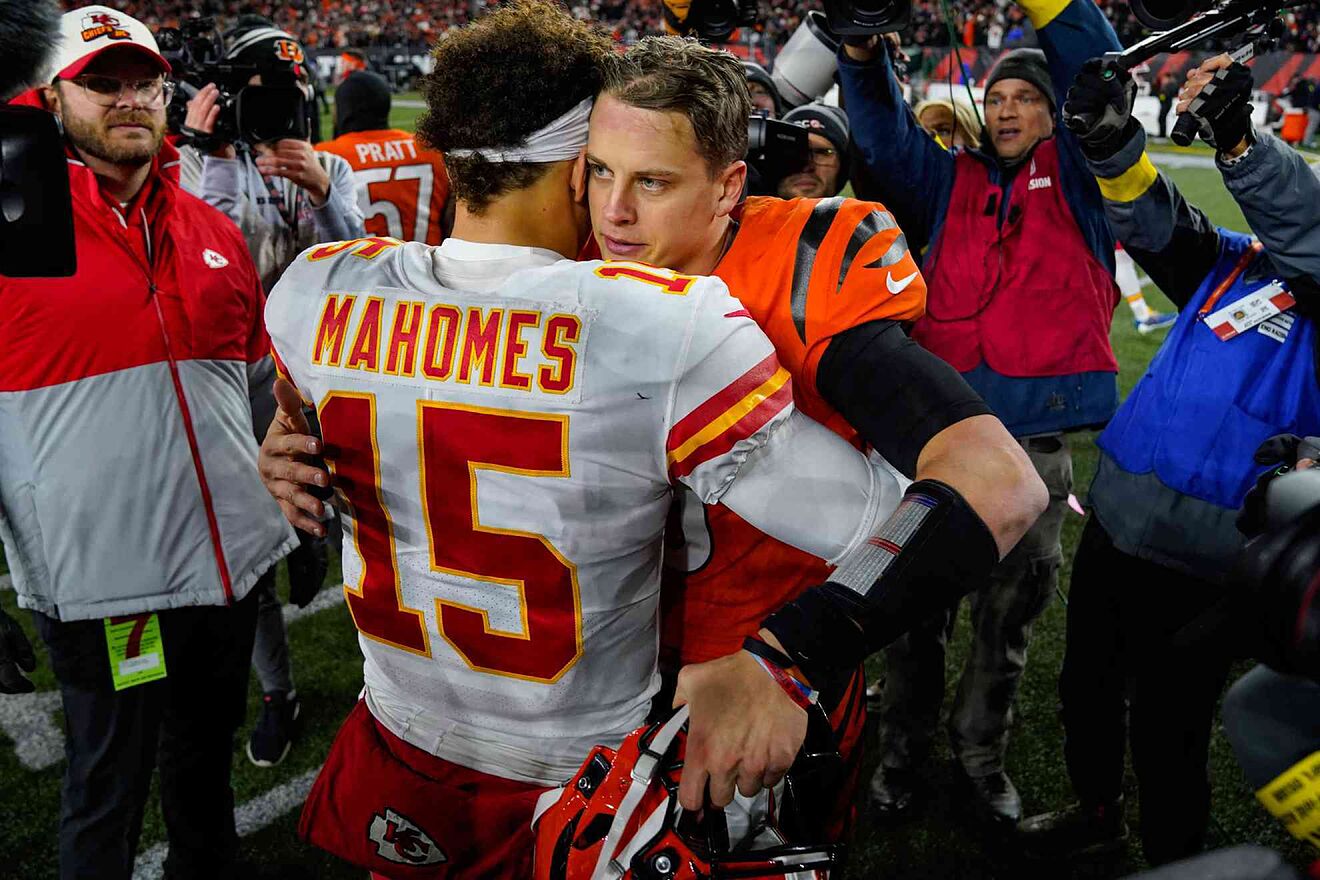 Above: Are the Cincinnati Bengals Patrick Mahomes’ kryptonite? In the picture, Mahomes meets up and congratulates Cincinnati quarterback Joe Burrow following a 27-24 victory over the Chiefs on Sunday. The Bengals now have beaten Mahomes three times in 2022. Twice in Cincinnati, and the other in the AFC Championship back in late January. Photo Credit – Jeff Dean, AP sports.

Are the Cincinnati Bengals becoming Patrick Mahomes’ Kryptonite? It certainly feels that way after a 27-24 loss in Cincinnati Sunday.

To put more context into this, Mahomes is now 1-3 in his career against the Bengals, with all three losses coming in the 2022 calendar year.

A Deeper Dive Into the Statbook

Statistically speaking, Mahomes isn’t bad against the Bengals. It’s just that Cincinnati always seems to have more of an edge when playing against the Chiefs. To explain in further detail, Mahomes has a 96-of-141 completion rate against Cincinnati in those four contests. The stats following include 1,116 passing yard, 11 touchdown to 3 interceptions, and a passer rating of 106.8.

However, Mahomes’ numbers from Sunday were some of the worst he put up for the season. And, as this article from Marca notes, it appears that the trend continues to roll favoring Cincinnati over Kansas City. It should also be noteworthy that the Bengals held Mahomes to just 55 passing yards in the second half of last year’s AFC Championship Game.

So, as of late, it seems like that the rivalry is very one-sided between Patrick Mahomes’ Kansas City Chiefs and Joe Burrow’s Cincinnati Bengals. The former Texas Tech Red Raider continues to struggle against the Bengals. Sunday’s game is just another notch in the belt. Will Mahomes be able to get over the hurdle that is the Bengals come playoff time? Who knows? The only thing we know is that game will draw a lot of hype.

Thibodeau’s Hot Seat Gets Hotter
The Eclipse: Vision in Sports