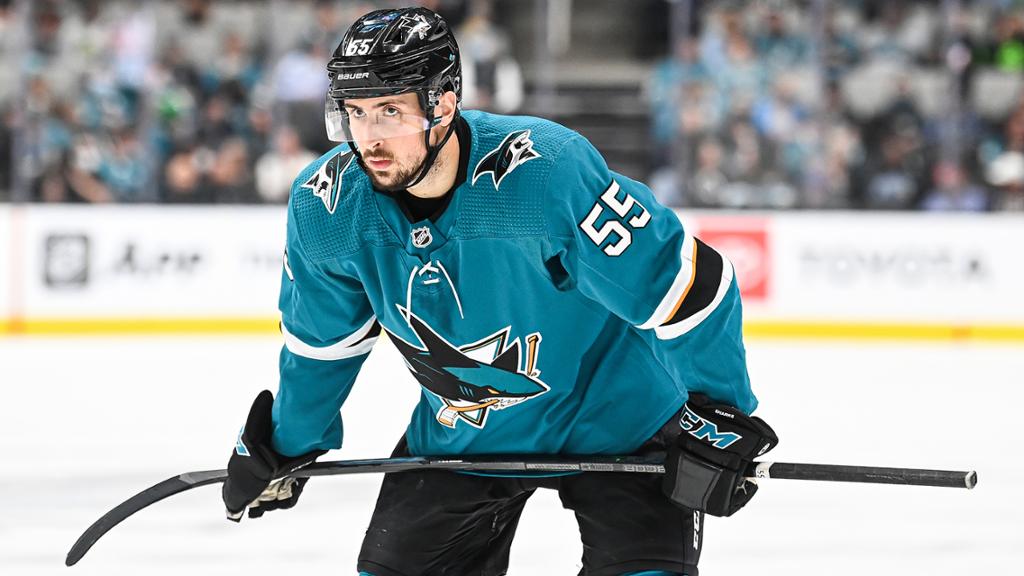 With the 2021-2022 regular season in the books, the San Jose Sharks find themselves drifting further from playoff contention.

The Sharks finished the season with 77 points, and a 32-37-13 record, placing them in 6th in the Pacific Division and 22nd in the league, overall. While the season can be seen as an improvement from the 20-21, and 19-20 seasons, going three straight seasons without playoff hockey is something Sharks players, and fans, aren’t used to seeing.

The past three seasons have been a stark contrast from the teams we’ve seen throughout the 2000s and 2010s. The Sharks are known for always putting out competitive teams, and bouncing back after down years. The most recent example is their run to the 2016 Stanley Cup Final after failing to make the playoffs the previous season.

Unfortunately for San Jose, the reasoning behind their recent struggles can’t be fixed by a quick trade and free-agent signing. If the offense is scoring, and dynamic the defense and goaltending fail to maintain the leads. If goaltending is lights-out, the offense fails to provide the big goals needed to skate away with those important two points.

These issues were prevalent throughout most of the regular season for the Sharks. While the team showed glimpses of their ability to be a great team, there just weren’t enough of those performances to lead to a successful season.

The Sharks started the season strong with a 4-1-0 record for the first five games and an 8-6-1 record for about the first month of games. Solid goaltending from James Riemer and Adin Hill gave fans a sigh of relief after the struggles in net during recent seasons.

Another factor that played into the struggles of the season were the injuries sustained by key players. It was looking like Erik Karlsson was returning to form with an impressive first half of the season, until he suffered a forearm injury that required surgery in January. Karlsson would return to the lineup in March, after missing 15 games. Unfortunately, Karlsson would sustain a lower-body injury that kept him out for the rest of the season. Karlsson finished the year with 35 points in 50 games played.

Karlsson wasn’t the only key player on the backend that dealt with injuries during the season as Mario Ferraro suffered a broken leg that kept him out of 15 games. In his 63 games, Ferraro held an average time on ice of 23:00 minutes per game.

Despite the injuries to key players like Karlsson, Ferarro, Radim Simek, and Kevin Labanc, Labanc would only play in 21 games due to a season-ending shoulder injury, the Sharks had a good amount of youth and veterans record impressive seasons. The most notable player of the 2021-2022 season has to be Timo Meier. Meier finished the season leading the team in goals (35) and points (76) in 77 games played. Meier’s best performance came in a 6-2 victory over the Los Angeles Kings where he recorded a team record of 5 goals in one game.

There’s also Tomas Hertl who netted 30 goals and 64 points in 82 games played. Hertl signed to an 8-year extension before the trade deadline which ended any rumors of him being dealt. Finally, Alexander Barabanov enjoyed a breakout season with 39 points in 70 games played.

On the backend, Brent Burns continues to contribute offensively by leading the team with 44 assists and finishing with 54 points in 82 games. Mario Ferraro blocked 151 shots in just 63 games played. Ferraro also provided consistent stability in the defensive zone throughout the season.

It’s no secret that the Sharks have an aging core, but there are a handful of young players in the organization that fans can be excited about. William Eklund was impressive in his 9 NHL games before he was sent back to Sweden for further development. It will be exciting to see how far Eklund has come by opening night in October. Ryan Merkley showed his ability to be a skilled NHL defenseman with his crisp breakout passes and ability to join the rush and create offensive scoring chances.

Thomas Bordeleau recorded 5 assists in 8 games played at the end of the season and scored the shootout winner in the stunning upset over the Vegas Golden Knights in one of the last games of the season. The quick speed and hands of Eklund, Merkley, and Bordeleau could prove to be invaluable for the Sharks as they continue their development into NHL regulars.

While the losing streaks and team struggles became more prominent as the season went along, the biggest story came out when it was announced that General Manager Doug Wilson was stepping down due to health-related issues on April 7. The Sharks will have a lot of decisions to make this offseason including hiring a new coaching staff, re-signing Mario Ferraro, and freeing up more cap space for the team retool.