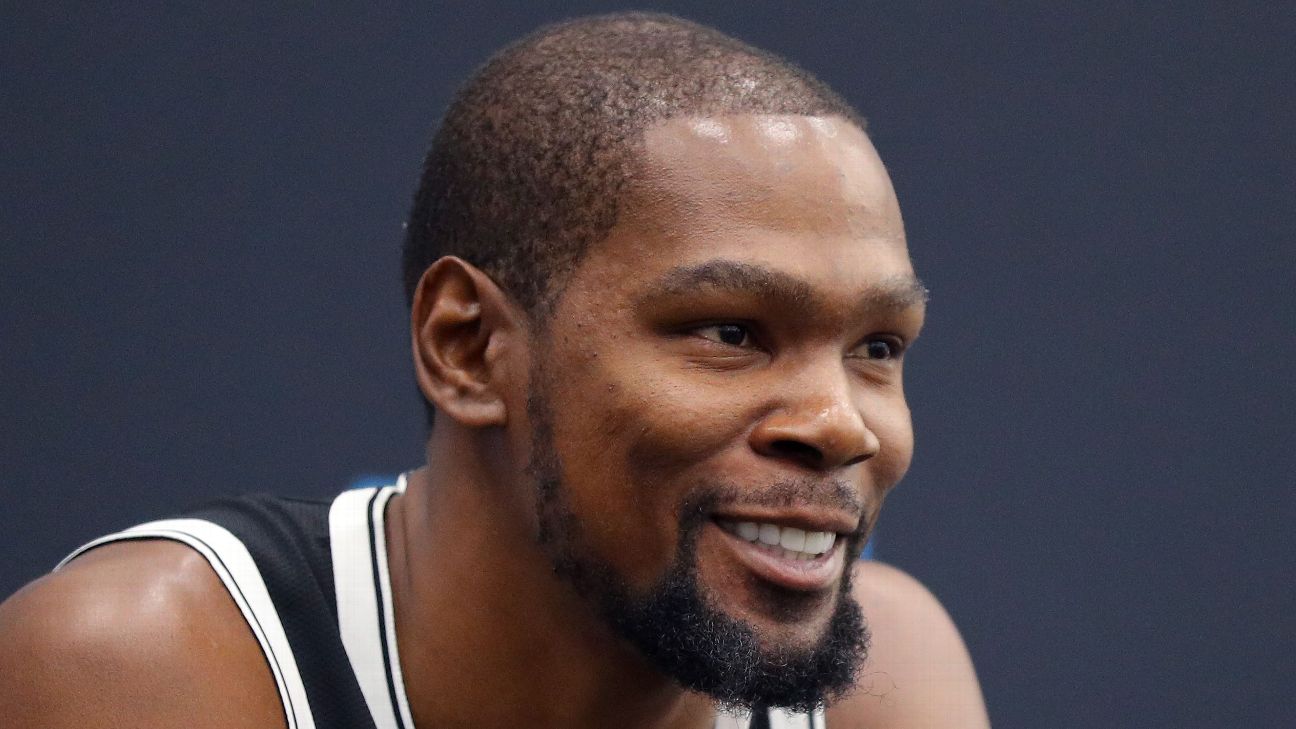 Now that this year’s 12-month season is complete, many people are wondering who’s favored to win it all next year, and if the Lakers will repeat. This has been a hot topic lately, and one thing that’s been consistent about this discussion is who the experts believe will stand in the way of LeBron and AD. It’s the Brooklyn Nets.

After a season without Kevin Durant and Kyrie Irving only playing 20 out 76 contests due to injury, the Brooklyn Nets will be at full strength next season with both of these guys available as arguably the second-best duo in the NBA.

Even without a game where this duo played (and a coaching switch) this season the Nets overachieved as the 7th seed in the East and even went 5-3 in the bubble before the playoffs began. To many, it was a year of showing just how dangerous this squad could be if fully healthy. With plenty of role players knowing their role and playing it well is why the Nets were able to exceed expectations this year. So, assuming that they will all be able to come back it should solidify their chances of at least making the Nets a legit title contender.

However, that’s the exact thing that could stand in the way of this organization potentially clinching its first NBA championship next season.

As soon as free agency hits (which is rumored to be December 1) the Nets have four guys that could potentially test free agency. Joe Harris, Garrett Temple (team option), Wilson Chandler, Tyler Johnson and Chris Chiozza (restricted free agent) could all take their talents elsewhere if they don’t have mutual interest with the organization in staying in Brooklyn.

Harris is a lethal three-point threat, Temple and Chandler are solid veteran defensive presences and Johnson and Chiozza are excellent ball handling specialists that help the offense run smoothly.

If you take all of these key pieces (and others who are still on contract) and then add KD and Kyrie to the mix there’s no reason that Brooklyn shouldn’t be a serious threat next year. Between the two superstars coming back alone there are three NBA championships, 16 All-Star appearances, and 3 All-Star game MVP awards.

Therefore, they should be able to fit right in and be right in the mix to raise that Larry O’Brien trophy at the end of next season.