Starting XI of Players Who are not making the World Cup 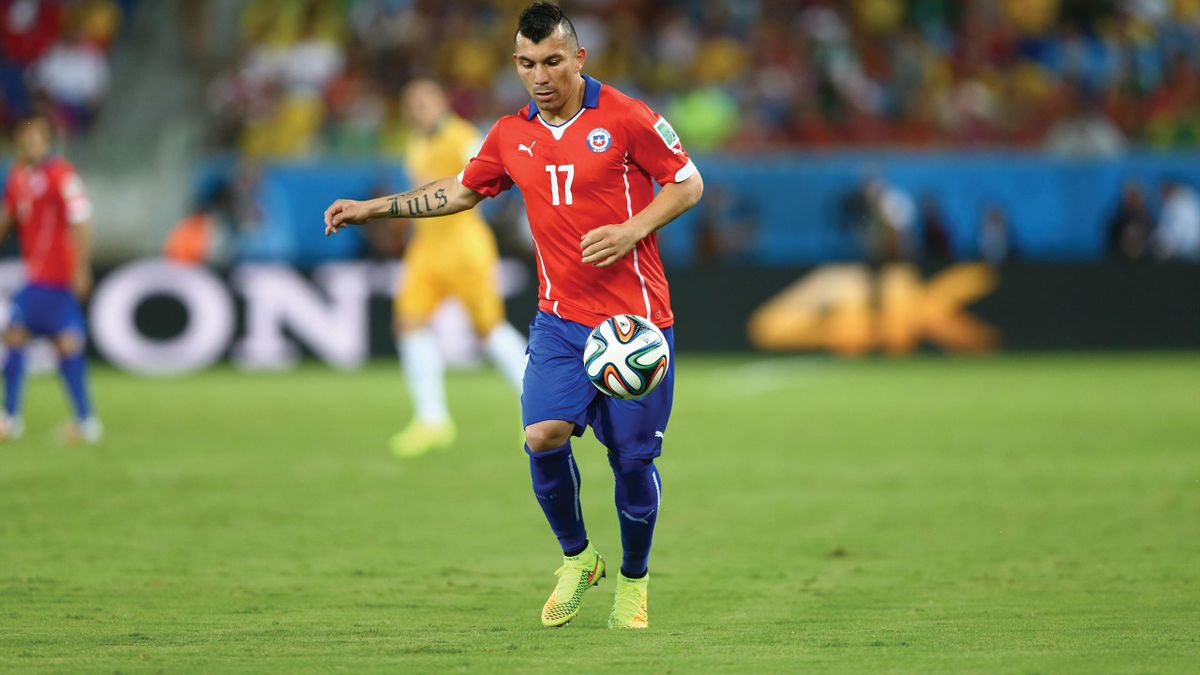 Andre Blake is one of MLS’s top goalkeepers as he helped send his team to their first ever MLS Cup Finals last Sunday, but lost in penalties to LAFC. He had 14 clean sheets and only conceded 26 goals this season. Jamacia’s number one goalkeeper, he hopes to one day send his nation to their first World Cup since 1998. They unfortunately failed to qualify in the top four of the CONCACAF World Cup Qualifiers and are not making the World Cup. One of his most iconic moments for the national team was beating Mexico to make it to the Gold Cup Finals in 2017, where they came in second place. Named MLS goalkeeper of the year for a second straight season, Blake has shown his resilience and talent over the last few seasons in the MLS that can help improve Jamaica’s national team in the next upcoming years.

Ever since joining New York City F.C, Callens has turned his career around for the better. He helped lead New York to their first ever MLS Cup title last season and was voted MLS All-Star for the first time in his career. Though he has played for Peru’s senior team since 2013, he was not used much and was even left off the World Cup roster in 2018. After 2019, Callens became a regular starter for Peru. He started and made one of the penalties against Australia during the playoff game that saw Peru lose. Despite not fulfilling his dream of playing in a World Cup game, Callens will continue to play for Peru and become a leader to the nation for years to come.

The 35-year-old would have been playing in his last World Cup, until Italy lost in the death to North Macedonia that saw them miss the tournament for the second straight season. He helped Italy to a Euro Cup victory in 2020 for his first international trophy with the nation. Along with that, he has eight Serie A titles with Juventus. This season he has racked up 32 clearances in a struggling Juventus side that were demoted to the Europa League. He is one of Italy’s best center-backs but may never get to experience World Cup glory in his career. With his career almost at an end, Bonucci will continue to give it his all for Italy until he decides to call it quits in the future.

Chile had an incredible run between 2014-2018 and with star defender Medel in the middle of it all. He led the team to their first ever Copa America title in 2015 after defeating Argentina in their home country. They later won it again in 2016 during the Copa America Centenario in the United States. This was something that has not been seen before in the history of the Chilean national team. However, the squad has not been the same since and the nation had failed to qualify and are not making the World Cup for the second straight time. This would have been Medel’s final World Cup with the 35-year-old almost at the end of his career. He is still playing at the highest level with a superb season at Bologna last year with 111 clearances recorded.

The Austrian right-back has not appeared in a World Cup yet but is hopeful that with the tournament expanding to 48 teams that there is hope for him in the future. The last time Austria appeared in a World Cup was in 1998. They lost the playoff game against Wales that saw their hopes for a World Cup tragically end. Alaba has been one of the world’s best right-backs during his time in Bayern Munich. He recently moved to Real Madrid in the summer and has recorded three assists so far. Only at 30 years old, there is still a chance Alaba can still play in a World Cup as he looks to continue to play for the national team for the next few years.

The Colombian superstar has done a fantastic job with Liverpool ever since last season. He has emerged as one of Liverpool’s best players with four goals and an assist in all competitions so far. However, is currently sitting out with a knee injury. Right now, Diaz is one of Colombia’s best players with the hopes of making it to the World Cup. Unfortunately, it has not gone the way Colombia wanted. They were stunned by Ecuador and Peru and failed to qualify for the first time since 2010. Diaz is still a huge part of the squad with his dynamic goal scoring abilities. He scored four goals during Copa America which saw Colombia take third place in the tournament in 2021. Diaz will surely make an impact on the Colombian national team in future tournaments.

Alex Iwobi has been a massive help to a struggling Everton side with already five assists on the year. He is also the team’s main source of chances created and has a great ability to win the ball back. Iwobi has 25 chances created at 25 tackles (12 won) so far. However, he will be missing the tournament after falling to Ghana on away goals during the AFCON World Cup qualifiers. This was a disaster for Nigeria as they are not making the World Cup for the first time since 2006. Iwobi already appeared in a World Cup back in 2018 but only started once and made two appearances off the bench. Iwobi helped lead the team to a third-place finish during the African Cup of Nations in 2019 while also being one of the best Nigerian players in the game today.

Riyad Mahrez is most famously known for leading Leicester City to an improbable Premier League title in 2016. Two years later he transferred to Manchester City and won three more titles, giving him a total of four Premier League titles. During his time with City, he also led Algeria to an African Cup of Nations victory in 2019. However, Algeria fell to Cameroon on away goals that eliminated them from the World Cup. This was a huge blow for the nation as they will miss the tournament for the second straight time. Mahrez has already played in a World Cup back in 2014 that saw the nation make it to the Round of the 16 losing to Germany 2-1.

Aubameyang may be one of the best players right now they may never get to play in a World Cup. Born in France, he chose to represent the African nation Gabon because of his father who played on the national team. Aubameyang recently spent a few seasons in Barcelona before transferring to Chelsea this summer. He spent most of his career playing for Arsenal, scoring 99 goals in all competitions. He has scored three goals in 12 appearances with Chelsea while also creating nine chances. Known for his humbleness and dedication, Aubameyang is a unique player in the game that chooses his passion for soccer over anything else.

Probably the best player not going to the World Cup, the future Ballon D’or has taken the Premier League by storm. In 12 appearances in the Premier League, he has scored 18 goals. He has either scored or assisted in 11 of the 12 games he has appeared in. Haaland is on pace to break the Premier League record for most goals in a single season, a record held since 1994. With Norway, he has scored 21 goals in 23 appearances with the senior team. They failed to get out of their World Cup qualifying group stage and also failed to qualify for the Euro Cup in 2020. Haaland has the potential to turn Norway around as he won the Syrenka Cup in 2016 with the U17 team.

Salah has been one of the best players in recent years. He led Liverpool to a Premiere League title and a Champions League title during his time with the club. He has 13 goals and four assists with 30 chances created in all competitions thus far. Despite Liverpool’s struggles, Salah is still performing at the highest level. Back in 2018, Salah led Egypt to their first World Cup appearance since 1990. He was the top scorer in that AFCON qualifying year along with two goals in the World Cup. However, Egypt lost to Senegal in penalties and failed to qualify for Qatar. They also lost to Senegal during the 2021 AFCON Cup of Nations. Salah has revived soccer in Egypt, giving the nation something to cheer for after years of no success.