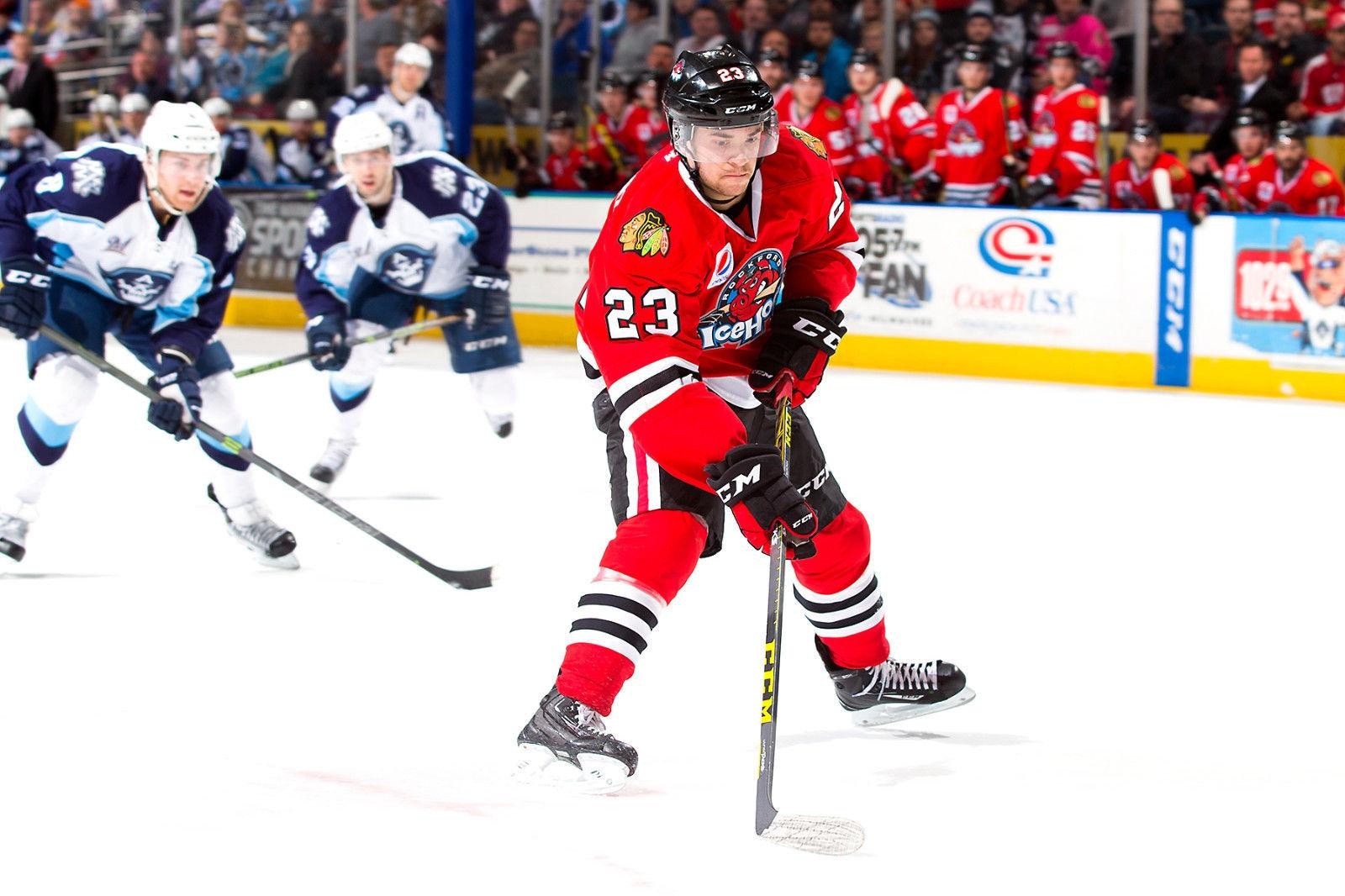 I still remember your NHL debut. I already planned to watch the Hawks game instead of the Cubs game that night. The decision was based on Brandon Saad’s return to the United Center, but I found another reason to watch while I was eating lunch at the Watterson Dining Center of Illinois State University.

I believe I was in line to get a cookie (because it was a Friday aka my cheat day) when I overheard a guy talking about how someone he knew in high school was making his NHL debut with the Blackhawks. Naturally, I was intrigued.

I sat on the couch in my apartment with a pizza and a bottle glass of wine (again, cheat day) and turned the pregame show on. The broadcaster’s discussed the return of Saad as well as a 21-year old from Bartlett, Illinois making his NHL debut with the Blackhawks. It was you.

Someone who was my age and grew up a few towns away from me was making his NHL debut with our hometown team, and it was unforgettable.

It’s nearly impossible to grow up in the Chicago suburbs without becoming a massive sports fan. I was always a hockey girl, and to this day I’m pretty sure I was the only little girl in the movie theater when I convinced my dad to take me to see Miracle when I was in fourth grade. I spent a lot of time as a little kid with my aunt and uncle, who are the most hardcore Blackhawks fans I know. My dad’s influence helped a lot too since I watched all three recent Stanley Cup Championships with him.

Sports are such a big part of the culture here. To see someone from here make it in the big leagues isn’t common and a unique experience we never forget. Seeing Chicago’s very own Jimmy Garoppolo get two Super Bowl rings with the Patriots was cool, but he didn’t do it with the Bears. Watching Scott Darling win a Stanley Cup with the Blackhawks was phenomenal. But watching someone my own age (or even super close to my age to be honest) make it and kick ass in a Chicago jersey was unforgettable.

You and fellow Chicagoan Ryan Hartman proved the Chicago dream was possible for three seasons. While you two divided your time between the IceHogs and the Blackhawks (let’s forget about Hartman being traded to the Preds for a second) for three years, it gave us all hope that if we worked hard enough, our dreams would come true.

That’s why it stung a little more than usual when you were traded to the Arizona Coyotes. Not a single person in my Twitter feed was happy with the news that day. Honestly, people were very disappointed, and I think that speaks to who you are as both a person and athlete.

It’s very clear how hard you work on the ice, but it’s also very clear how much you care about the fans and the city of Chicago. Professional athletes often have poor reputations, but you (and the rest of the Blackhawks honestly) completely defy the stereotype. From charity work to interacting with fans, you are the epitome of a class act in the hockey world.

So as you get ready to become the biggest hockey star in Phoenix, promise you’ll never forget the crazy people in Chicago who say “pop” instead of “soda” and refuse to put ketchup on their hot dogs (because it’s gross). You’re from this crazy city, embrace it.

Most of all, from the bottom of every Chicago hockey kid’s heart, thank you.