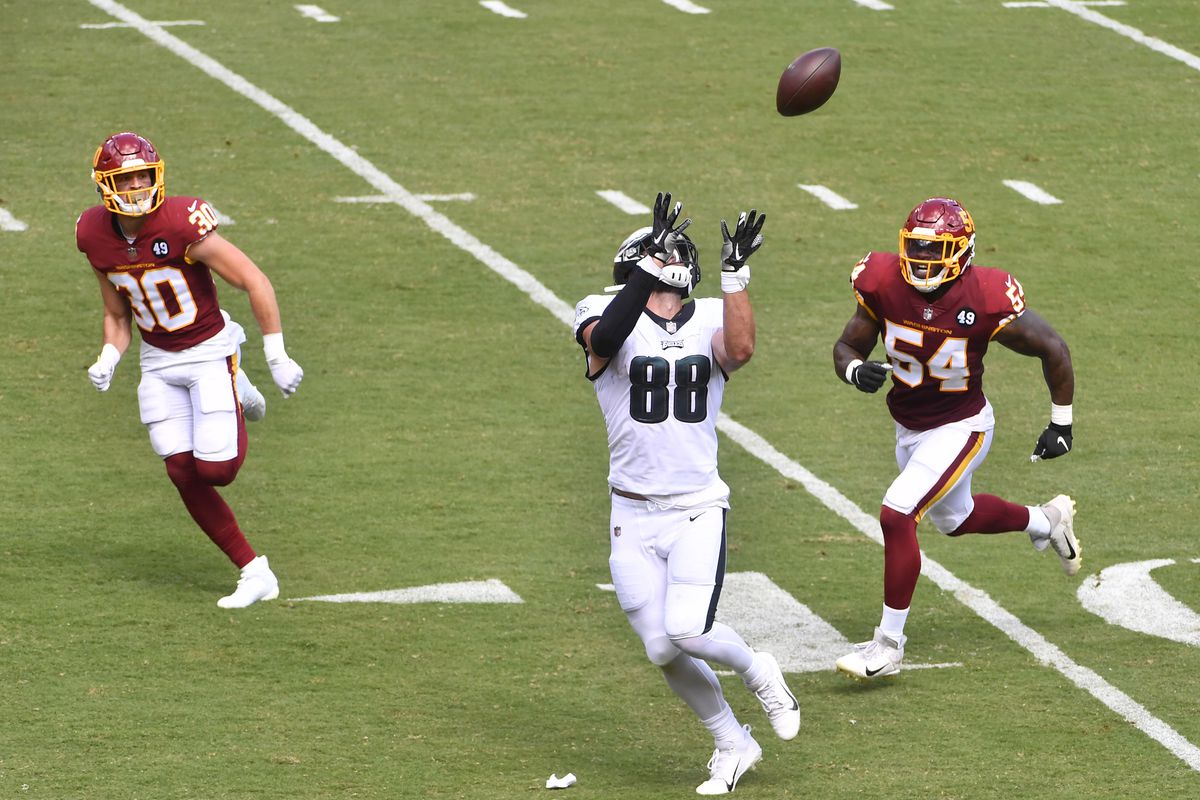 NFC East rivals clash at Lincoln Financial. Washington takes the hapless NFC East with a win here. On the other side, the Eagles will most likely want to lose to secure a better draft pick. The fate of the NFC East hangs in the balance!

The Football Team’s offense will be in a state of flux leading up to the game. Washington is expected to go back to Alex Smith after cutting former first round draft pick Dwayne Haskins. Smith missed the last few games due to injury, but has gotten in a couple limited practices. Break out running back Antonio Gibson has not practiced, but head coach Ron Riviera has stated that it is purely precautionary. Gibson played last week against the Carolina Panthers. On the other hand, star wide receiver Terry McLaurin is much more questionable. He didn’t practice all week, but did get moving around on Thursday. He’s been out with a high ankle sprain, but the Washington Post’s Nicki Jhabvala reports that McLaurin intends to play through it. Washington knows this is a win and your in game, so anyone that can play, probably will.

The Eagles don’t share the same urgency. Their list of injuries from Friday was extensive. Anyone who is even remotely hurt will most likely take a seat this coming Sunday. The already shaky WR corps will be without veterans Desean Jackson and Alshon Jeffery, along with rookie Quez Watkins who was starting to come into his own. They will also be missing starting TE Dallas Goedert, starting OT Jordan Mailata and starting RB Miles Sanders on offense amongst others. On defense they will be missing arguably the best player on the entire squad in DT Fletcher Cox, along with starting LB Duke Riley.

Put simply, the Eagles are probably trying to lose this game. They gain nothing from a win. A loss not only helps their draft position, but can also help stick it to their worst rival in the NFL, the Dallas Cowboys.

Of course, that’s only if the Cowboys win. The winner of the Cowboys-Giants matchup will be watching this game with bated breath. After all, if the Washington Football Team somehow blows this game, the winner will get the “honor” of representing the NFC East in the playoffs.