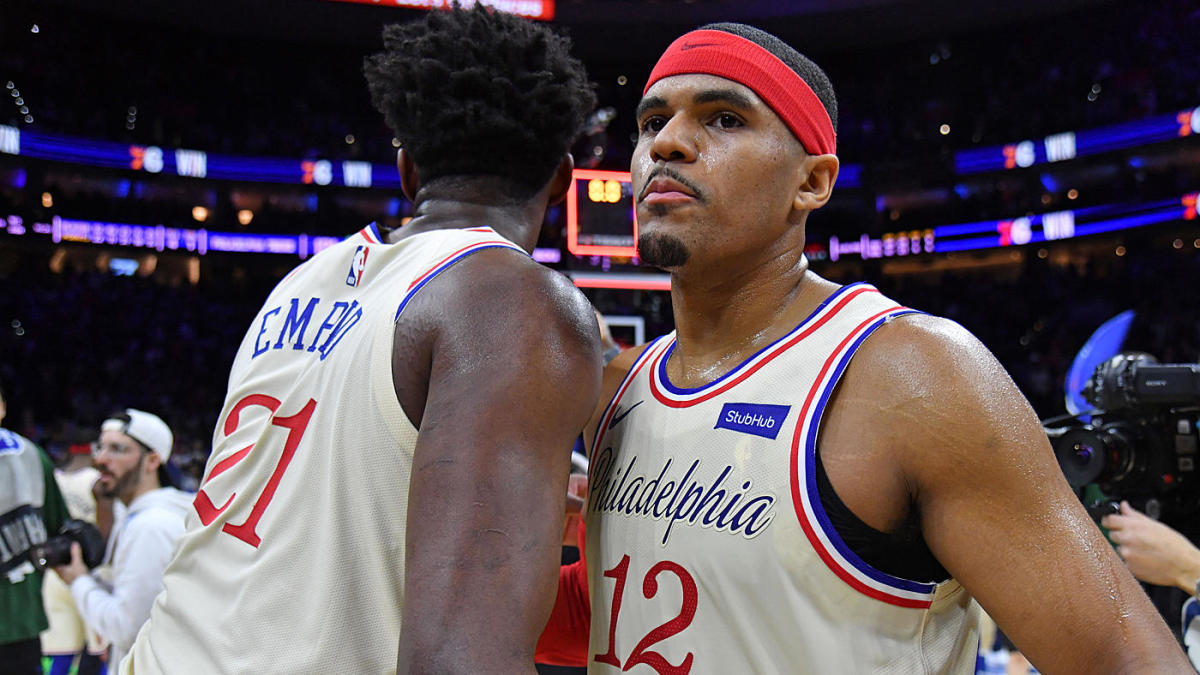 With how well the Philadelphia 76ers have been playing recently, especially Tyrese Maxey, many fans of the team have talked about if the 76ers even need their “stars” like Tobias Harris. They see Harris’ game as inefficient, or breaking up the flow of the offense. This line of thinking states that guys like Seth Curry, Shake Milton and the aforementioned Maxey can account for all of the contributions of the ball-dominant forward. The game against the Golden State Warriors showed why they still need guys like Harris.

You Always Need a Closer

Right now, with the prolonged absence of Joel Embiid, and even sometimes when he is in, Tobias Harris can fulfill the role of a closer. The guy that gets you a bucket when defense tightens up and you need someone to win one-on-one. Is Harris the best at it? No, of course not. Guys like Kevin Durant or James Harden or a healthy, energetic Embiid are much better at it than Harris, to name a few of many. When those players aren’t around however, and Embiid is tired, Harris is the next best option. Shake doesn’t have it, his creation skills are too limited. He might have it eventually but not right now. Maxey will probably be there one day, and sometimes he does quite well like in the fourth quarter against the Portland Trail Blazers, but he isn’t quite developed enough. His offensive skill set is still too narrow as well. During the course of the game he’ll flash the three pointer, or a pull-up mid-range game, but when the chips are down and things tighten up, Maxey still just has a straight forward “drive as fast as he can” and try to lay it up off the glass.

Harris on the other hand, has a decently well-rounded game and can take on lesser defenders off the dribble. He can shoot the three, drive the lane, cut off-ball, hit mid-rangers and post up on smaller, weaker guys. He shot nearly 50-40-90 last year for goodness sake! To be clear, this isn’t to say Harris is some god of isolation scoring (which by the way, is the most rare and coveted skill in the NBA), but amongst the 76ers current roster, he’s the one best suited to it.

The game against the Warriors was a perfect example. The 76ers shot just 4/19 in the fourth quarter while the Warriors ran circles around them, and the 76ers were outscored 30-12 in the final period. Seth couldn’t step up, going 0/2. Maxey went 0/3 with just one assist. There’s no guarantee they win with Harris in, but the quality of shots were extremely poor. It was just various guys taking turns isoing and trying to win one-on-one, which is what a lot of fourth quarter basketball becomes when defense tightens up. Harris at least has a chance to hit some of these contested shots, a much better chance than anyone else does.

Harris Can Use Some Work

This is a bit light on criticism for Harris, who absolutely does have his struggles. He’s really not a max contract player, almost the definition of a jack-of-all-trade but master of none, and in a league full of masters that’s not terribly impressive. At the end of the day though, with max contracts flying about, there wasn’t much better to replace him (that was available at least), and at the end of the day Harris can work as the closer and can be worth the contract. The Sixers have seen him do it. Even this year he’s scoring efficiently once again, posting a career high 20.6 points per game on 50/36/85 shooting, very solid splits.

The one area Harris, and the team (including Doc Rivers) needs to work on is better incorporating Tobi into the flow of the offense instead of making him the focal point when it isn’t needed. The 76ers’ offense does move better when both Harris and Embiid aren’t around. It doesn’t necessarily lead to wins, because at the end of the day there isn’t enough talent without those guys and the aforementioned late game issues, but the first half of the Warriors game was beautiful to witness. The ball was flying, the 76ers were scoring in a multitude of ways, with a multitude of guys. When the 76ers’ stars are in though, that often stops, as Embiid and Harris both like to take long possessions. They don’t need to though as they both have a skillset that can play off the ball, or move the ball around.

Look at Stephen Curry and the Warriors. Besides the occasional heat check, he’s always working within the flow of the offense. He’s not dribbling the air out of the ball in search of his own shots. He still ends up with the most attempts on the team, like Harris and Embiid, but his shots rarely feel forced unless he is actually feeling himself. There’s no reason Harris and Embiid can’t be that way as well. Work within the flow of the ball movement, and when things do get stuck, or the crunch time situations come, or when those guys are absolutely just feeling it, then they can go to work. They don’t need to until then though, which is the ideal form of 76ers basketball. The time without the stars has shown the good the offense can do, and it’s shown it’s limitations. They just need to marry the ball movement and the stars together, and this team can hit a new level.

At the End of the Day

Teams always need a closer, a guy that can reliably score a bucket with no help. Right now the current 76ers team (at least the one that played against Golden State) don’t have that guy. That’s why they still need stars like Tobias Harris, to make a play when the defense isn’t giving you anything. He’s not the best at it, (Embiid suffers at times too) but he’s the best they’ve got. Ball movement and getting everyone involved is good. It’s crucial even. The 76ers would be better off if they could incorporate more of it, even when the stars are in. At the end of the day though, it often only takes you so far, and you need a star to close the game. That’s what guys like Harris can bring.

The Philadelphia 76ers’ Five Straight Losses in Review
MLB is Headed for a Lockout. How Did We Get to This Point?