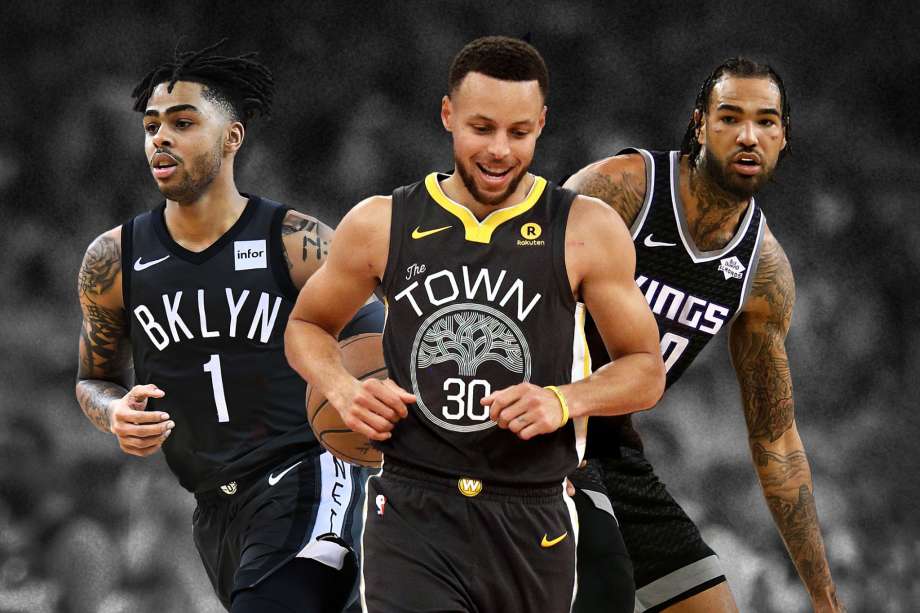 The last game of the 2018-19 season was not a pretty one for the Golden State Warriors. Kevin Durant’s triumphant return was expected to provide a fairy tale ending for the defending champs, but when he crumpled to the floor and had to be helped off the court it seriously threatened that expectation. When Klay Thompson also went down not long after, the dream was officially over. Now Durant is a member of the Brooklyn Nets and Thompson is sidelined until probably the All-Star break and the Warriors are no longer the clear cut favorites to win the Western Conference. Does that mean they will miss the playoffs, as some predict? Hardly.

The Warriors were champions before Kevin Durant came to town and there’s no reason to believe they can’t be again. Steph Curry is still the best shooter in the NBA and arguably the best player in the history of the Warriors, which is saying something. Add an underrated front court addition in Willie Cauley-Stein, another star-caliber guard in D’Angelo Russell and the Warriors should be able to hold their own until Thompson returns. Three-point shooting and veteran experience are still their biggest strengths.

The small forward position is the question mark for Golden State, with both of their rotation players from a year ago now playing elsewhere. Durant, as discussed above, was their starter last season, with former Finals MVP Andre Iguodala backing him up, and Iguodala was dealt to the Memphis Grizzlies to create cap space so the team could sign D’Angelo Russell. Durant and Iguodala took most of the team’s defense with them, so wing play and all-around team defense are the Warriors’ weaknesses going into the new season.

One thing that won’t change for the Warriors this season is their leading scorer. Steph Curry averaged a team-best 27.3 points per game last season, connecting on 53% of his two-point attempts, 44 % of his treys, and 92% of his free throws. With Durant gone and Thompson on the shelf, the Curry will no doubt be called upon to score a few more points, and there’s no question he’s up for that challenge. Offense won’t be an issue for the Warriors.

Golden State’s top two defenders are now playing elsewhere, but their defense is not completely lost. Draymond Green has been a pesky defender for Steve Kerr and his squad throughout his tenure there and new addition Willie Cauley-Stein will get his share of steals and blocks, as well. No doubt the Warriors are hoping Cauley-Stein will turn into more of a rim protector playing in a situation where wins are not as scarce as they for him in Sacramento.

For most teams the starting point guard in the leading playmaker, but the Warriors tend to run things more through Draymond Green. He led the team in assists last season with 6.9 dimes per contest, and his ability to score from anywhere makes him that much more effective with the ball in his hands. Newcomer D’Angelo Russell will also help out in this area, as he averaged 7.0 assists per game for the Brooklyn Nets

Few players are as effective in the clutch as Kevin Durant, but the Warriors were the top team in the NBA before Durant joined the team because Steph Curry has a flair for the dramatic, as well. Curry’s ability to pull up from anywhere out to the half-court line means defenders have to play out on him, which allows him to slip around and create offense at will if the three isn’t available. As unguardable as any player in the NBA, Curry will deliver for the Warriors once again in 2019-20.

As much as the Warriors will need Willie Cauley-Stein’s rebounding and presence in the paint, by far the best addition to the squad is crafty guard D’Angelo Russell. Last season he showed the ability to score at will and also create offense for his teammates, making him a great addition for Golden State. He shot 37% from behind the arch, and playing with Curry and Green will only get him more open looks. Once Klay Thompson returns from injury, the Warriors will be the most lethal three-point team in the league with their third “Splash Brother” in place.

Once Thompson gets back in the lineup, the Warriors should be golden, as it were. Unfortunately, the team will likely have played half of their game before he’s ready to take the court. Given the increased toughness of the Western Conference, it’s debatable whether the Warriors will be able to hold their own without a legit starting small forward. To their credit, the Warriors have the right coach and the right star player to give them a shot at staying relevant while they wait for Thompson to return.