Can The Clippers Finish Off Utah? 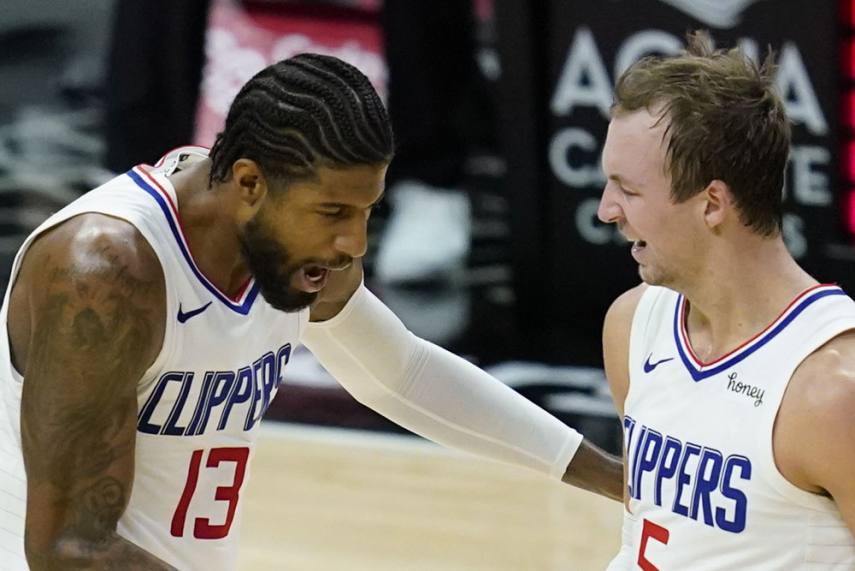 As the NBA Playoffs continue and the Los Angeles Clippers advance to the semi-finals against a scrappy, spry and hungry  Utah Jazz team. So far with the series at 3-2, albeit the first two games were extremely close and the last game was a complete shoot out from the entire Clipper squad.The Los Angeles Clippers appeared to be on the ropes after falling behind the Western Conference leading Utah Jazz 0-2 in the second round series. The resilient Clippers came back to tie the series, but the news that star Kawhi Leonard suffered a knee injury in Game Four seemed to doom them in the second round. That’s when Paul George stepped in, shooting the lights out en route to a playoff career-high 37 points. Still, if the Clippers want to get to the promised land and get past the Jazz there are a couple loose ends that must be tied up.

The first issue is perimeter defense; the Jazz have a deep bench of lethal shooters who can light the floor up when in rhythm, not to mention Donovan Mitchell, who is an absolute walking bucket. Along with perimeter defense, they really need to be more aggressive when defending Mitchell and make sure the ball is out of his hands, making sure to make life harder for him if he wants to get his. In addition Paul George definitely has to elevate his game in order for the Clippers to tie as well as win the series.

Since their bout with the Dallas Mavericks, the Clippers have shown immense resilience. Starting both series off with an 0-2 deficit but still showing large amounts of fight. Coming back to ultimately beat the Mavericks, and now they’re starting their comeback after beating Utah in Game Three. With the series sitting at 3-2 along with Kawhi’s ACL injury from Game Four, it’s imperative that the team locks in and get the win if they want to finish off Utah.

As long as Paul George comes through as the team’s number two star and produces like he did in Game Five this series should be finished and they can advance to go up against the Phoenix Suns who are currently waiting for them. The Los Angeles Clippers have everything they need to not only win this series but to win a championship, it’s just a matter of execution. Can they keep their foot on the gas to reach the Finals?