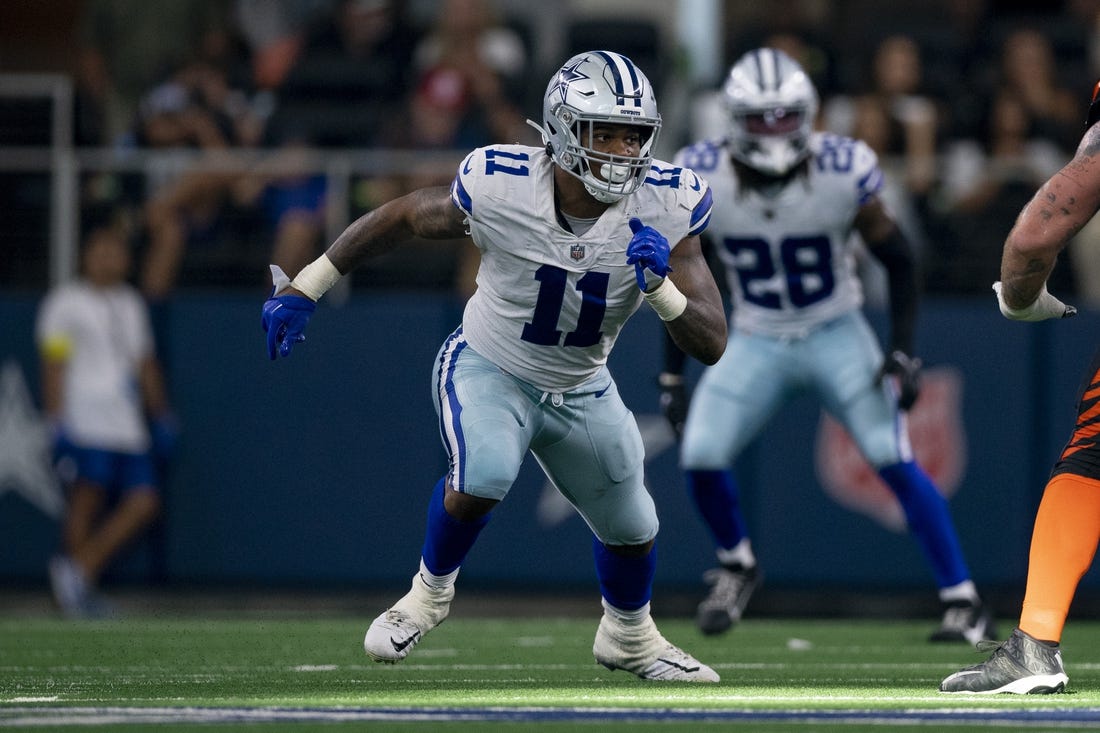 The Dallas Cowboys linebacker continues to make his case as the best defensive player in the NFL. Micah Parsons is leading the Cowboys’ defense in only his second season.

Parsons is currently third in the NFL with 10 sacks, three behind New England Patriots’ Matthew Judon. Realistically, Parsons could lead the league in sacks by the end of the season. He has had five games this season with exactly two sacks.

The former defensive rookie of the year affects the game in so many ways. If he is not making a play for himself, he is opening it up for his teammates to make a play. He also can move around the defense. Through ten games he has lined up on the defensive line 394 times, at linebacker 153 times, and at cornerback seven times. There truly is no one else in the NFL that is as versatile as Parsons.

Along with his 10 sacks, Parsons has two forced fumbles, one fumble recovery for a touchdown, 11 tackles for loss, and 19 QB hits through only 10 games.

The Cowboys are sitting at 7-3, second in the NFC East currently because of how well the defense was performing when Dak Prescott was out. They also put on a phenomenal performance on Sunday against the 8-2 Minnesota Vikings, holding their explosive offense to only 3 points.

The Cowboys’ defense also ranks ninth in total yards allowed and only gives up 16.7 points per game, the best in the NFL. They also lead the NFL with 42 sacks.

There is certainly a case to make for Parsons to earn defensive player of the year. Not only is he performing well himself, but the whole defense around him is also too. He is one of the best young talents in the NFL. If he can keep up these kinds of performances then he should win the DPOY at the end of the season.

On FanDuel Sportsbook Micah Parsons currently has the best odds to win the award with -350 odds, and Matthew Judon is second with odds of +600.

This upcoming game against the 7-3 New York Giants is an important one not only for the Dallas Cowboys but also Parsons. The Cowboys’ Thanksgiving games in primetime are nationally watched and he should be able to display his talents to a broader audience.

Christian McCaffrey Has Made The 49ers Elite
Zach Wilson Benched, But Mike White?