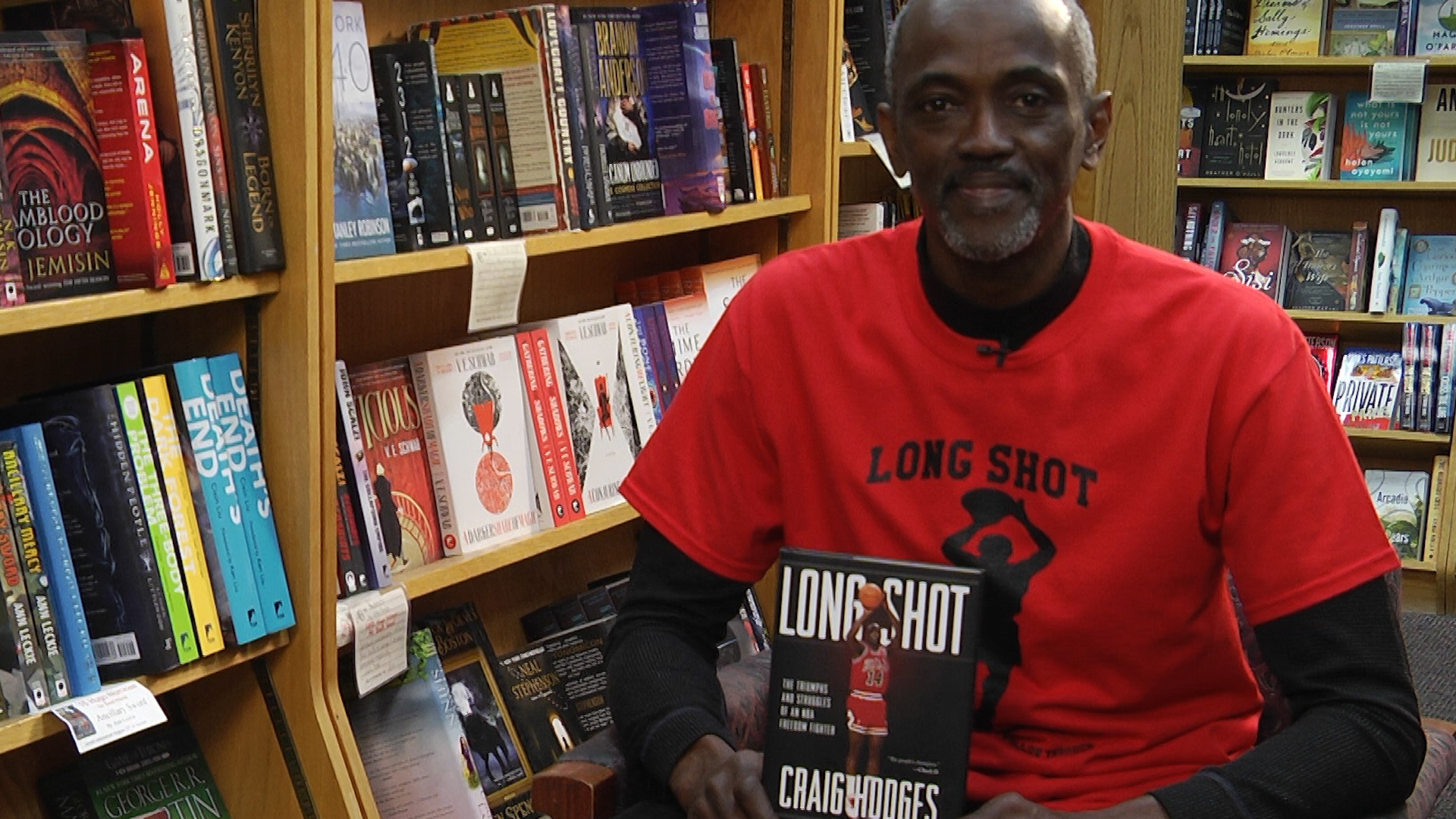 If you feel strongly about the NFL’s mistreatment of Colin Kaepernick, there’s another name you may want to be familiar with; Craig Hodges. Hodges is a retired NBA player who was subject to the same kind of treatment as Kaepernick 25 years ago to date. However, Hodges isn’t retired by choice; instead as a result of being blackballed by the NBA.

Still doesn’t ring a bell? Let me give you a little bit of background on him. He’s best known for being a 3x three-point contest champion and playing alongside Michael Jordan on the Chicago Bulls during their first three-peat as NBA champions. He was a solid role player who came off of the bench as a sharpshooting threat to whatever team they were going against. During his time with the Bulls, he won two championships with them. However, despite contributing to two out of their first three championships, the Bulls did not view him as an important enough piece to re-sign him once the 1991-92 season ended.

Interestingly enough, this was eight months after the Bulls visited President George Bush at the White House after winning the championship the year before. It is worth noting however that this was no ordinary visit to 1600 Pennsylvania Avenue. While everyone else was wearing their finest suits, Hodges wore a dashiki to embrace his African-American culture. In addition to his garb, he handwrote a letter and brought it with him, intending to give it to the president. The letter targeted the plight of Black and other minority communities. By bringing these issues to Bush’s awareness, Hodges simply hoped that this would speed up the process of bettering those communities.

“When you have an opportunity like that, you want to make the most of it,” said Hodges. “Winning championships, the birth of your children, those are standout moments and I’ve been blessed to have a couple of them and I think the White House is up there.”

Unfortunately, Hodges was the only one who viewed his actions that day as an innocent gesture.

From that point on (10 years into his career) he would never play another game in the NBA.

Might I remind you that the Bulls were just coming off of an NBA-best 67-15 season, after winning their second championship in a row, which Hodges contributed to. Therefore it was out of the ordinary that another team didn’t pick him up. Even his last coach, Phil Jackson thought so.

“He was a great team player, never caused any problems and I respected his views,” said Jackson. “But I also found it strange that not a single team called to inquire about him. Usually I get at least one call about a player we’ve decided not to sign. And yes, he couldn’t play much defense, but a lot of guys in the league can’t, but not many can shoot from his range, either.”

To thicken the plot, reportedly it wasn’t just the letter that put a bad taste in the NBA’s mouth when it came to Hodges. In a lawsuit that Hodges eventually filed against the NBA, the league referenced Hodges work with Minister Louis Farrakhan as one of their grievances against him. The former sharpshooter partnered with Farrakhan to empower African-American communities across the nation. Hodges’ particular interest was to challenge NBA players to uplift impoverished minority communities, especially if it is their own hometown. He even challenged the likes of his former teammate, Michael Jordan (who is from Brooklyn).

Needless to say the league took offense to this, due to Jordan being the NBA’s biggest moneymaker.

At the time Hodges had no clue that this would cost him his NBA career. However, despite him facing the consequences of speaking out, he has no regrets about the ordeal.

“For me I think the lessons are priceless,” said Hodges. “It wasn’t anything different or anything out of the ordinary. I didn’t feel crazy about going to the White House and writing a letter to the President. I felt like it was absolutely natural.”

Nowadays, both you and I (if we’re being honest) are more likely to run to our Twitter feed if we want to voice our opinion on any type of injustice. During his time, just think about how determined to be heard you have to be in order to handwrite a letter with the intention of handing it over to the leader of the Free World. Not to mention, to do this during a visit that not many people get to have.

Though according to Hodges, the importance of speaking up on his beliefs was something that was instilled in him at a young age.

“My mom and a brother by the name of Robert Lowe who was the president of the Civil Rights Organization. I was blessed to grow up watching him organize and see how passionate he was about getting civil rights issues done and organizing boycotts. I was right there in the midst of it as a five, six, seven [and] eight year old and it did something to me,” said Hodges. “I don’t really look at it as being outspoken as much as it is just speaking forthright between issues.”

Fast forward 25 years later, to 2017, with Colin Kaepernick facing the same exact struggles for speaking his mind on racial injustices, you may want to ask yourself one thing. What has changed?

Here we are as NFL training camps are already underway and today news broke that Kaepernick has reportedly agreed to sign a one-year deal with the New York Jets, 140 days into free agency, which began on March 9.

Hodges spoke on uplifting impoverished minority communities. Kaepernick refused to stand for the national anthem and spoke on the repeated instances of police brutality against minorities. Neither had the league that they played for (or even the team) get behind them to support their beliefs. Nor did they initially draw interest from other teams once speaking out.

Sure guys within each league liked to point out the on the court/field flaws of each player as the reason for their not being signed to another team. Let’s look a little closer though, shall we?

Hodges was coming off of back-to-back NBA championships as well as winning three consecutive three-point contests at All-Star weekend. The latter was something only he and Larry Bird had accomplished throughout NBA history.

Last season Kaepernick completed the season with 16 TDs and four interceptions. He also finished with more passing yards than Brian Hoyer, Jimmy Garoppolo, Nick Foles and Jared Goff (all who have contracts) just to name a few. Lastly, he had the second most rushing yards for a quarterback, only behind Tyrod Taylor of the Buffalo Bills.

While neither player was the best in the league at their position, one can make the argument that to disregard the talents that they had compared to others is an injustice in and of itself.

Hodges mentioned that people have told him that he should have waited until he got a larger contract to speak on his beliefs. If you hear Kaepernick’s name mentioned in your local barbershop, I’m sure you hear the same advice being given.

However, as any great activist will tell you, keeping quiet about injustices does more harm than good. For that very reason, Hodges hates when people make the cliché argument that athletes should just “stick to sports.”

“I would ask that same person what type of causes do they stand up [for] outside of their job? If you’re standing up for wildlife, whatever it may be, I think we all have a right to stand up for what we are passionate about,” said Hodges. “I don’t know if anyone would ever say or acknowledge the fact that the same people who are telling us not to stand up for human rights issues because you’re an athlete or whatever, whatever business they’re in they’re taking their charity and doing something with theirs and nobody’s captivating them about it.”

So there you have it, before you jump to the assumption that Hodges’ and Kaepernick’s situation are much ado about nothing, take a closer look. You are bound to see some double standards at some point.

If you would also like a closer look into the life and trials of Craig Hodges, go purchase his book that he wrote about his NBA career, including its abrupt ending, called Long Shot: The Triumphs and Struggles of an NBA Freedom Fighter.

What’s next for Hodges? He currently coaches basketball at his alma mater, Rich East High School, in Park Forest, Illinois.

Contrary to what you may think, he is not sitting around fretting about the past, but instead is proud and perfectly content coaching at his old high school.

However if the right opportunity presented itself, Hodges said he wouldn’t be opposed to coaching in the NBA again. He once served as an assistant coach on the Lakers from 2005-2011. Also surprisingly, although the Chicago Bulls were the last team that cut him, he thinks it would be cool to coach for them and turn that organization around.

Whether or not this is his next move, we’ll see.