Hockey Belongs in the Desert, But Not Like This 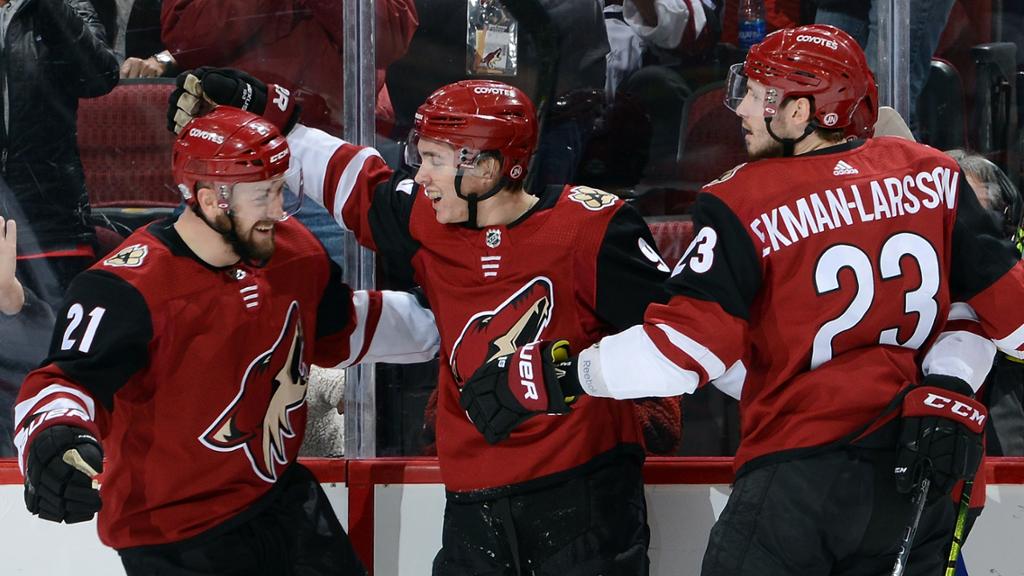 The Arizona Coyotes have released the prices of their season tickets for next year. It’s the cherry on top of what is an absolute joke of a franchise. From failing to pay team employees to breaking the simplest possible rules at the NHL Draft. There are no more excuses for them, they may be the worst franchise in North American pro sports.

To start off, I don’t want to say hockey doesn’t belong in the desert. Phoenix/Arizona does indeed deserve a team in the National Hockey League. Phoenix is the fifth most populated city in the country, with 1.6 million people, if you were to count its entire metro area it has 4.8 million. The city is indeed big enough, and fans in the area have proven that there is a local following for the Coyotes. Just look at their run to the Western Conference Finals in 2012. They packed that arena and the fans were passionate.

The problems for the team started with Jerry Moyes. Who bought the team back in 2005 and kept ownership until 2009. In the short time that he owned the team he ran it into the ground. During bankruptcy hearings in 2009 it was revealed the team hadn’t had a profitable season since moving from Winnipeg in 1996. In 2008 alone, Jerry Moyes and the Coyotes lost 54.8 million dollars.

Commissioner Gary Bettman had to step in, buying the team for 140 million dollars and the NHL keeping control and saving the franchise from practically folding. By 2013 it was looking up for the team with some playoff appearances since the league took over. But the league had to find a new owner. It was sold for $225 million to a new ownership group, and with that came a 15 year lease with the city of Glendale, just outside of Phoenix.

The next few seasons weren’t great, but it was far better than the Moyes years. The franchise was just kind of there, stuck in mediocrity. Never spending all the way to the cap ceiling and being overall irrelevant.

But the bubble of just staying mediocre instantly popped during the bubble cup of 2020. There were rumors checks were bouncing,  players checks included. In arena vendors supposedly were also not paid. The hockey community was getting a glimpse of just how bad of a situation the Coyotes really were in.

Then December 2021 hit, and it got so much worse. Turns out, the team wasn’t paying taxes to the city of Glendale, the city already losing money from keeping them there. The NHL and the team wrote off the unpaid tax as “human error” but the city wasn’t happy at all. While those taxes were paid back in full, the city ended their lease agreement. Making this season that we’re currently in their last at Gila River Arena.

The Arizona Coyotes, mid season, did not have an arena to play in next year.

They tried to get an arena out in Tempe but it wouldn’t have been done in time. They had to settle for whatever they could get, and boy did they settle. They’ll share an arena with Arizona State’s hockey team, a new venue that only holds 5,000 people, but that number will be lower by the time NHL standards are applied. For reference the current smallest arena is the Canada Life center in Winnipeg, which holds 15,000. Due to the financial history of the Coyotes the team had to pay ASU completely up front for all payments.

Plans for an arena in Tempe are still being worked on, but the coyotes will be in a college level arena until 2025. There’s no other way to describe this other than pathetic.