Hollywood On the Basketball Map 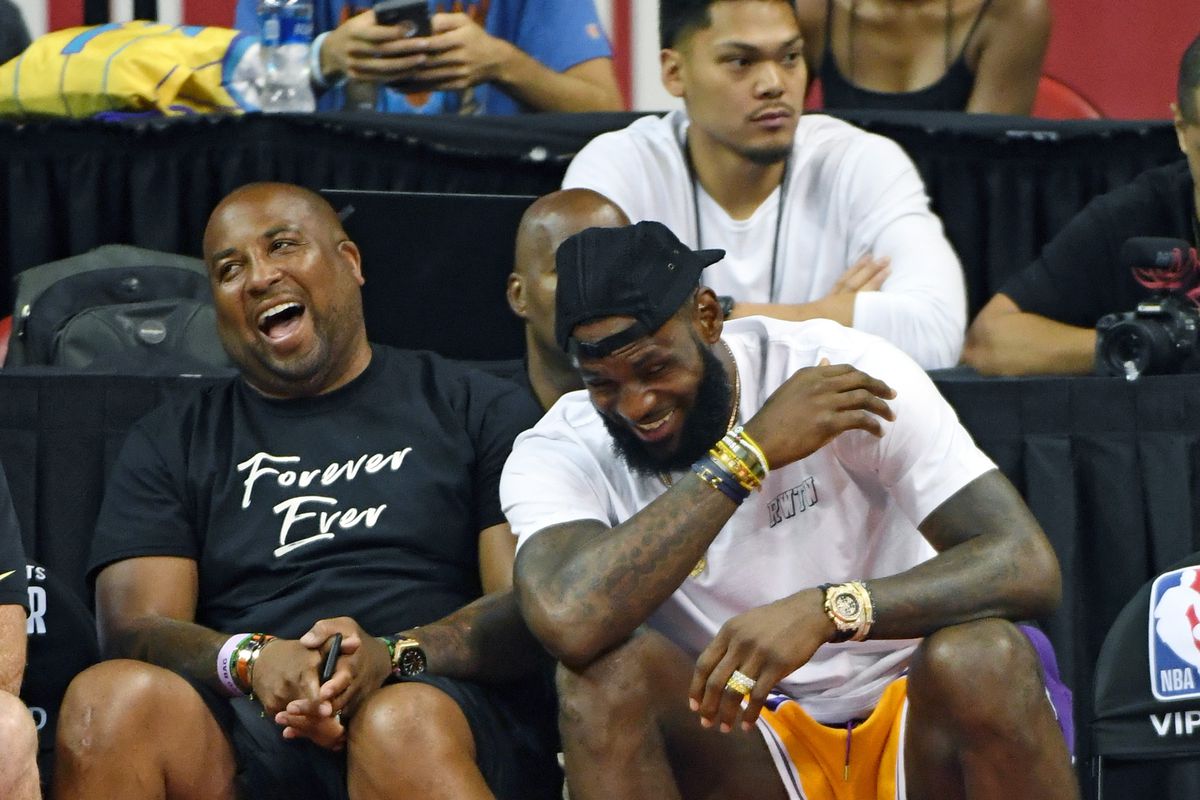 A summer full of surprises but none more polarizing than Forward (F) LeBron James joining the Los Angeles Lakers (LAL) this past July.

A team that was set up to make a strong league impact in two or three years with Guard (G) Lonzo Ball, Forward (F) Kyle Kuzma and Guard Forward (G/F) Brandon Ingram leading the pact: hit the fast forward button during the offseason. Big thanks to General Manager (GM) Rob Pelinka and President of Basketball Operations Magic Johnson the Lakers are must watch television once again.

Recently, shaving off Forward (F) Luol Deng’s 4 year/ $72 million contract over the course of next year sets up for another splash at a primetime player.

Signing Guard (G) Rajon Rondo, who is a beloved Boston Celtic and is better known for taking down the Lakers in the 2008 NBA Finals has joined his former team’s biggest enemy. He is looking to create something historical with James and pass on his basketball knowledge to that of promising Lonzo Ball.

Forwards (F) Michael Beasley and (F) Lance Stephenson signed one year deals this year to be part of something great but also to resurge their professional careers. They are additions that can guard players one through four on the floor and get into player’s heads throughout the course of a basketball game making the defense run more efficient.

Even with the addition of LeBron James, a promising core and well-rounded veteran role players the head of the Lakers’ office doesn’t look satisfied. A possible max player is in the mix or even two strong all star caliber players could look to call Los Angeles (LA) their home next summer.

The biggest debate going on since acquiring James for the Lakers is where do they land in playoff contention? Which for Lakers’ fans is ever-so pleasing to have to argue, since having missed the playoffs every year since the Kobe era.

For those fans still in rejection of James coming to the Lakers because of the greater conversation of Kobe v. LeBron will soon come to brighter side when winning basketball comes to play. Kobe himself has fully accepted, welcomed and endorsed LeBron with open arms.

Already, telling James on ESPN Radio with Stephen A. Smith: “Dude, as people, you got to help your brothers do well,”….”I had a great run, I played 20 years, it was awesome, I had a great time, we are fortunate enough to win five championships and all that. Now it is somebody else’s time. And that is what the Lakers have always been about.”

The Lakers might not have the best team on paper compared to the line up of the Golden State Warriors (GS) but have no reason to put a ceiling on their potential this season because with the roster they have no one is safe.

The season countdown is largely underway, the build up has been so high but the best is yet to come for the new-look Los Angeles Lakers.

Running of the Bulls
Giants -Jags Week One Coverage