Is Geno Smith a Franchise Quarterback? 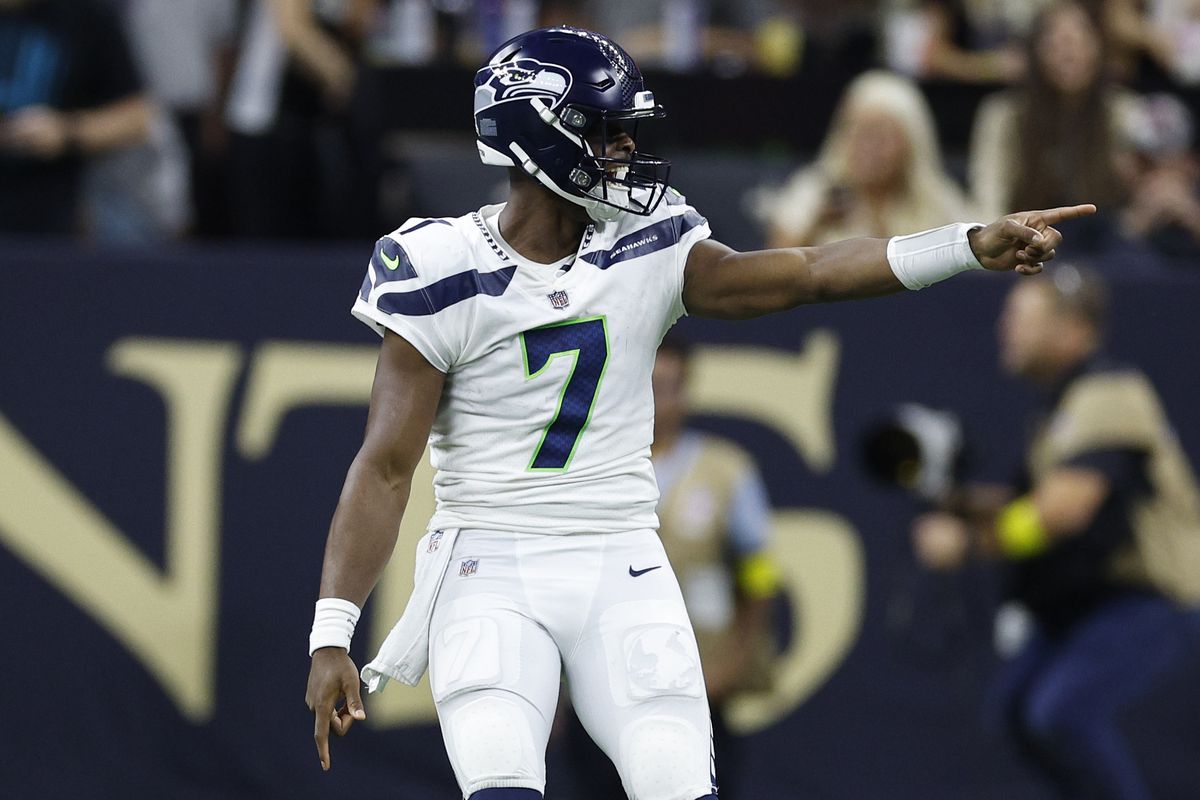 The Seattle Seahawks have an even record at three and three, which is perhaps better than expected. After trading away their star quarterback Russell Wilson this past offseason, most people believed they would be a pretty bad team as their roster wasn’t great even with Wilson. However, they haven’t played all that bad so far this season, they even defeated the Denver Broncos who they traded Russell Wilson to in Week One.

One of the reasons Seattle is playing better than expected is the surprising performance of backup quarterback Geno Smith. His stats are fantastic so far, completing 73.4 percent of his passes, with 1,502 yards, nine touchdowns, and just two interceptions. Geno Smith came in two the league ten years ago with some optimism for his career. He set a college football record at West Virginia when he threw for seven touchdowns in a single game. However, his professional career hasn’t necessarily taken off as he has been an average to below-average quarterback up until now. He is seen as a very solid backup quarterback.

What Does This Mean For the Seahawks? Or Geno?

With the way Geno Smith is playing right now, it is reasonable to wonder if that has all changed and he is ready to lead a good football team through the playoffs and beyond. Of course, it is still early in the season and we will need to see how he plays for the rest of it. If Geno Smith puts up these kinds of numbers for the whole year, it will something that needs serious consideration. Another thing to think about in that case is if Seattle is the right team for Smith because he is already thirty-two years old. This is definitely not old for a good pocket passer like Geno, but it’s definitely not young either. As currently constructed, the Seahawks are still an average team even with great quarterback play. Do they rebuild (which was probably the plan originally after trading Russell Wilson)? or do they go all in and obtain as much talent as they can for the next few seasons? Another approach would be to try and trade Geno to another good team in need of a good quarterback (New Orleans Saints, Indianapolis Colts, etc) for draft picks.

It’s good to see Geno Smith finally have some success in the NFL, but he will need to keep it up to really make something of it. If he does, it will complicate things for the Seahawks for sure. That said, if they do decide to trade him he will add some much-needed value to what the Seahawks can offer to teams for draft picks. If they keep him he is only under contract for about 1.2 million dollars for 2023, they will have a big decision to make once again. That is whether to re-sign him (it will be for much more if he continues to shine) or to let him go as a free agent.