Jacob deGrom’s Continued Domination Is Unlike Anyone Else in Baseball 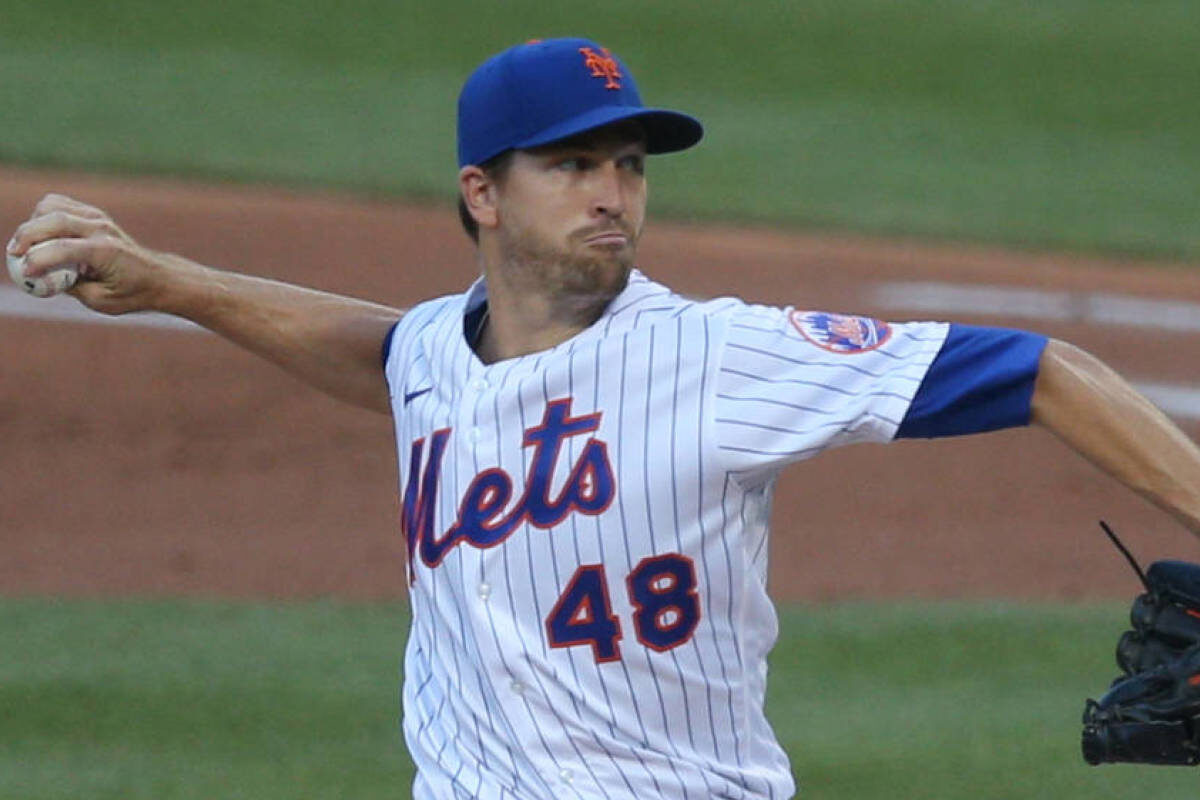 If you have followed the MLB at all, then you’re well aware of the utter dominance that is Jacob deGrom that is somehow not slowing down.

Jacob deGrom has established himself on a completely different tier of pitching talent in the bigs, but he has yet again one upped himself. After winning back-to-back Cy Young awards in 2018 and 2019, deGrom saw a drastic falloff in the shortened 2020 season by only finishing third. Even that was a debatable race in which he could have easily been granted his third straight hardware, a feat only accomplished twice in MLB history.

deGrom uses his rare, natural abilities to make even the best of hitters look silly. His fastball is like a laser flying through the air at speeds averaging around 100 miles per hour and being painted right on the corner. While his slider, which moves like a frisbee, averages velocities over 91 miles per hour and can also be pinpointed anywhere in the zone. This combination is something you only hear from relief pitchers, not starters that throw almost one hundred pitchers per start.

Jacob deGrom gets off to insane start to 2021

A lot people in the National League were unhappy when the league announced the removal of the universal designated hitter for the 2021 season. As much as I hope it never happens, the universal DH will seemingly become apart of baseball sooner or later. However, if or when it does, seasons like deGrom thus far will no longer shock the baseball world. deGrom has always handled the bat pretty well, with a career batting average of .203 and a total of three homeruns. These are clearly nothing too crazy, but for a pitcher, it is at least respectable. This season, though, deGrom decided he wanted to not just improve as a pitcher, but as a hitter too.

In the prior three season, Jacob deGrom had recorded a WHIP, walks and hits per innings pitched, below one. This alone is remarkable, but this year, with sixty-four innings pitched, he has almost cut that number in half. He currently sits at WHIP of 0.531, which is about 0.2 lower than the all time record set by Pedro Martinez in 2000. Similarly, deGrom hosts the best earned run average in baseball at 0.56, which is almost two full points lower than last season where he only threw an additional four innings.

There are countless other ridiculous statistics that are on a record-breaking pace in which I could mention. The craziest of them all, the thing that is almost incomprehendable unless your names are Babe Ruth or Shohei Ohtani, is the fact that he has driven in more runs than allowed. That’s right, on the season deGrom has recorded a solid five runs batted in on ten knocks. Somehow, though, this number is less than his insanely low four earned runs.

These numbers are truly something we have never seen before. If it continues somehow, it is clear that deGrom will not only receive his third Cy Young, but should also become the first pitcher MVP since Clayton Kershaw in 2014. Jacob deGrom truthfully embodies what the ideal pitcher in baseball could be. Hard throwing, zone controlling, and movement out of this world. This season has shown he is not slowing down and will continue to be the clear-cut best pitcher in baseball, if not the best pitcher of this generation, outside of the previously mentioned Kershaw. deGrom is on pace to set so many records, and don’t be surprised when he actually does.