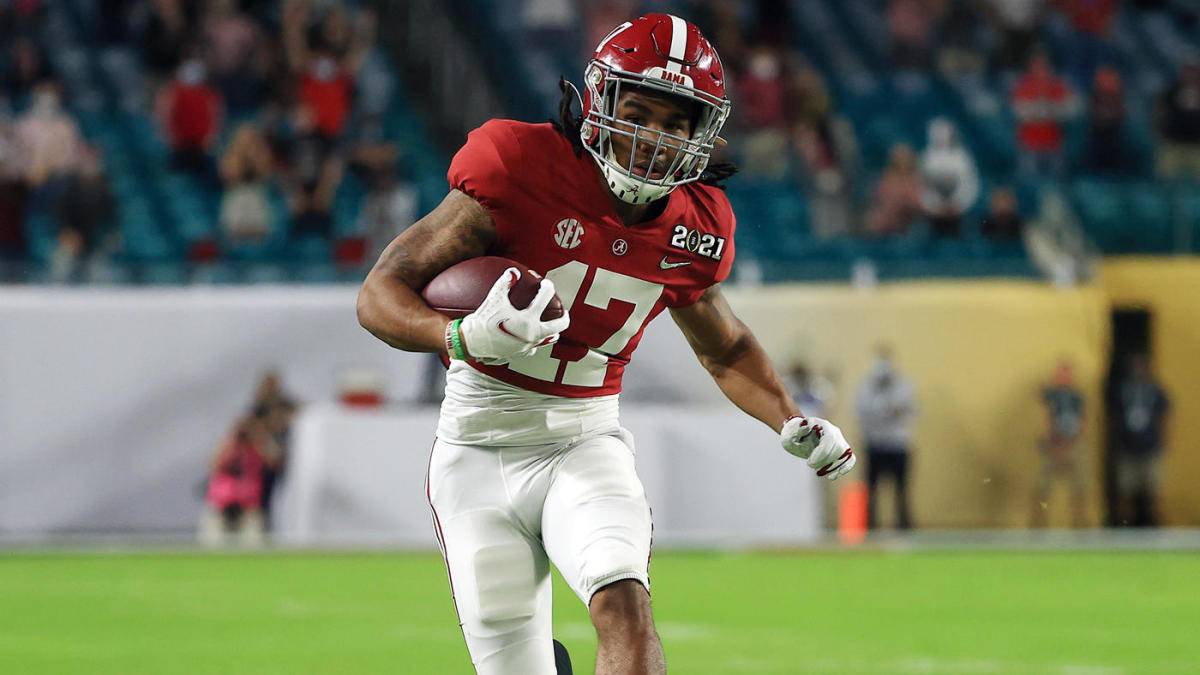 Jaylen Waddle is a dynamic playmaker with game-breaking speed. Prior to the start of the 2020 season, Waddle was viewed as a lock for a top-10 pick and the next best receiver behind LSU’s Ja’Marr Chase. After an ugly ankle injury in October on a kick return cut his season short. There is no doubt in my mind that if it wasn’t for his injury he would’ve led Alabama in receptions and possibly more. He has a deep route tree, strong hands, and displayed his ability to catch on the move and immediately turn it into a big gain, whether it was vertically or on a slant/swing pass.

As a freshman in 2018, Waddle averaged 19 yards per reception with 848 yards and seven touchdowns over 45 catches. As a sophomore, he hauled in just 33 passes for 560 yards with six touchdowns. Waddle was on pace to his best season in 2020 before an ankle injury caused him to miss the rest of the year. Waddle returned to play sparingly in the National Championship against Ohio State. This year he had 28 receptions for 591 yards, averaging  21.1 yards per catch with four touchdowns.

He is a true speed receiver who can score from any place on the field and his speed makes him a mismatch for most corners. Cornerbacks in college struggled to run with Waddle, other than his lightning speed he runs his routes full speed each play and is explosive in and out of his breaks. Which leads to him creating separation, and when he gets the ball, he is extremely deadly. Waddle displays tremendous yards-after-the-catch ability and is very elusive in the open field making him very difficult to tackle.

Cons: Tendency to round out routes, Undersized, Durability, Strength