No Timeline For Dennis Schröder To Return 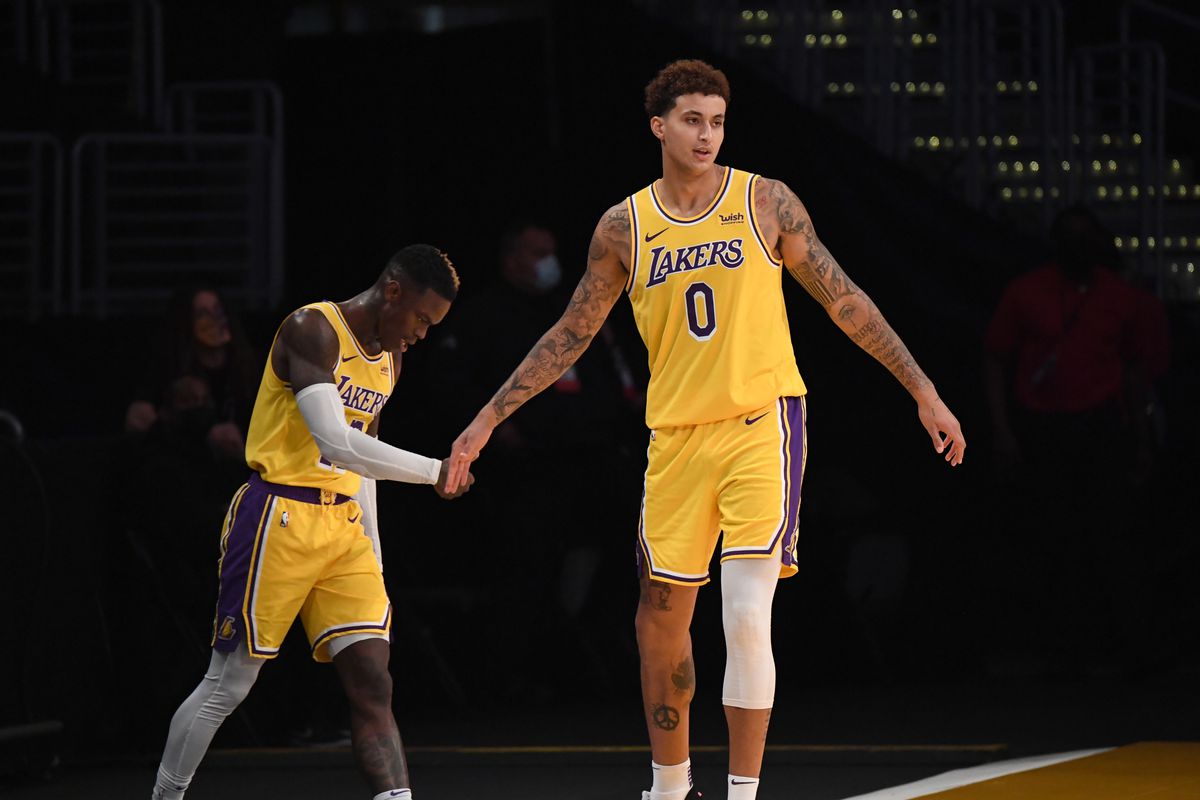 Los Angeles Lakers guard Dennis Schröder is out for the presumably near future due to Covid-19 health and safety protocols. Schröder was a late game scratch in the Lakers matchup against the Brooklyn Nets Thursday. Now due to the same circumstances, he will also be out Saturday in an NBA Finals rematch against the Miami Heat.

Head coach Frank Vogel made it clear that he does not know how long the point guard will be out.

“It’s still uncertain what the timeline is going to look like. For now all I can really tell you is that due to health and safety protocols he’s still out. He was not here at practice today and there is no timeline,” Vogel said.

This mishap could not have came at a worst time for the Lakers with Anthony Davis out for the next four weeks. Both Davis and Schröder are key pieces in the Lakers offense for the fact that they make LeBron James’ job easier. Both are able to create for themselves and others which allows James’ to sit back and coast. However now that these two are out, the Lakers will look to James to carry the offense until one returns.

Prior Lakers Out With Health & Safety Protocols

Earlier in the season, Alex Caruso was out for multiple games for contact tracing. Although Caruso did not test positive for the virus, the Lakers took the right precautions to prevent anything potential problems. Head athletic trainer Nina Hsiesh was another who missed a game to health and safety protocols earlier in the year, but she returned to the bench the next game meaning that she didn’t test positive either for the virus.