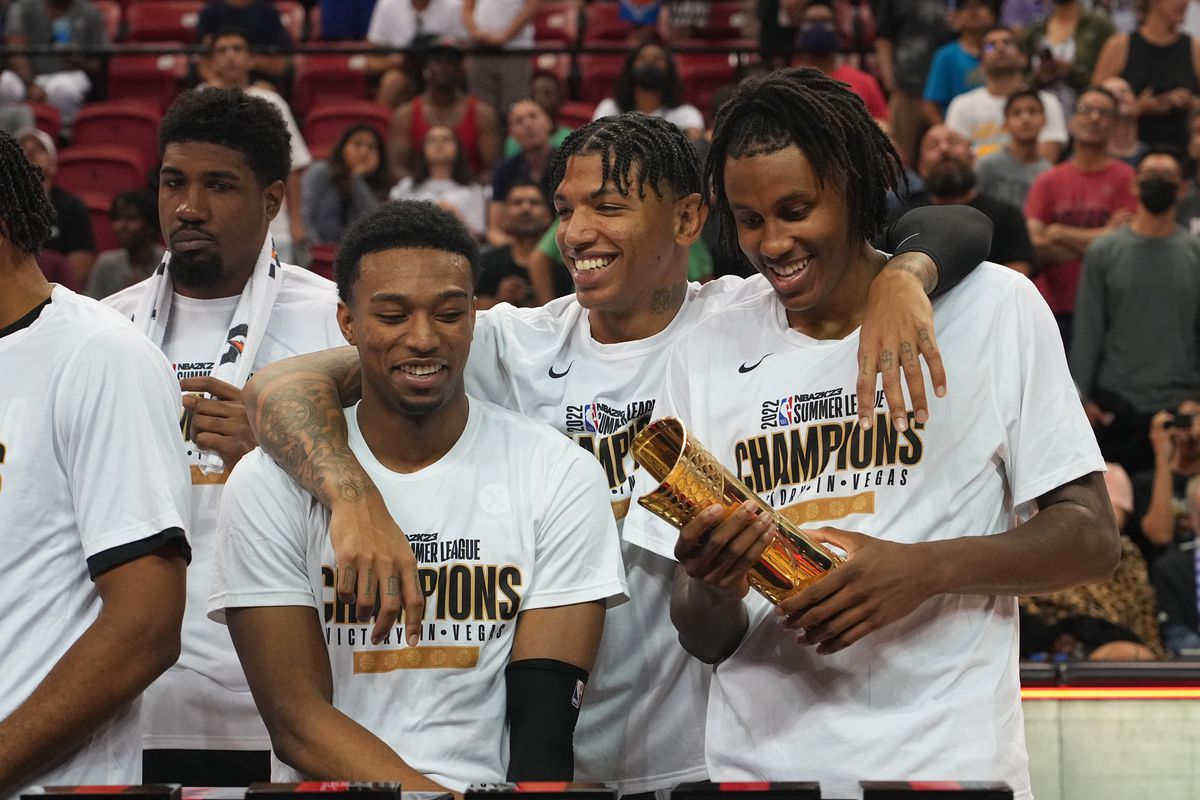 The Las  Vegas Summer League has closed, and the Portland Trail Blazers are the Summer League champions. The Blazers beat the New York Knicks 85-77. Brandon Williams led Portland in scoring with 22 points. Trendon Watford finished the game with 19 points and seven rebounds and won MVP honors.

Watford played in 48 games for the Trail Blazers in the 2021-22 season as an undrafted rookie. He averaged 7.6 points and 4.1 rebounds per game for the Blazers. In Summer League, Watford averaged 12.3 points, 8.0 rebounds, 1.0 blocks, and 1.0 steals per game. Keon Johnson led Portland in scoring with 17.3 points per game.

All game long, Portland was being disruptive on defense, and it resulted in forcing the Knicks into 18 turnovers. That’s been the theme for the Blazers throughout Summer League, and you could see the players buying into it in the title game. Portland made life difficult for New York to score. The Knicks shot 40% from the field and 24% from beyond the arc.

Portland’s bench did an outstanding job in helping the Blazers win. The Blazers got 36 points from their reserves, led by rookie Jabari Walker, who finished with 14 points and 11 rebounds.

Portland did this without rookie Shaedon Sharpe, the Blazers’ 7th overall pick in the 2022 NBA Draft. He went out in their first game, playing only 5 minutes, 33 seconds before falling to a shoulder injury. Instead, the Blazers focused on teamwork, rebound, and defense to win the championship. As a result, they are the first team to win Summer League championship rings.