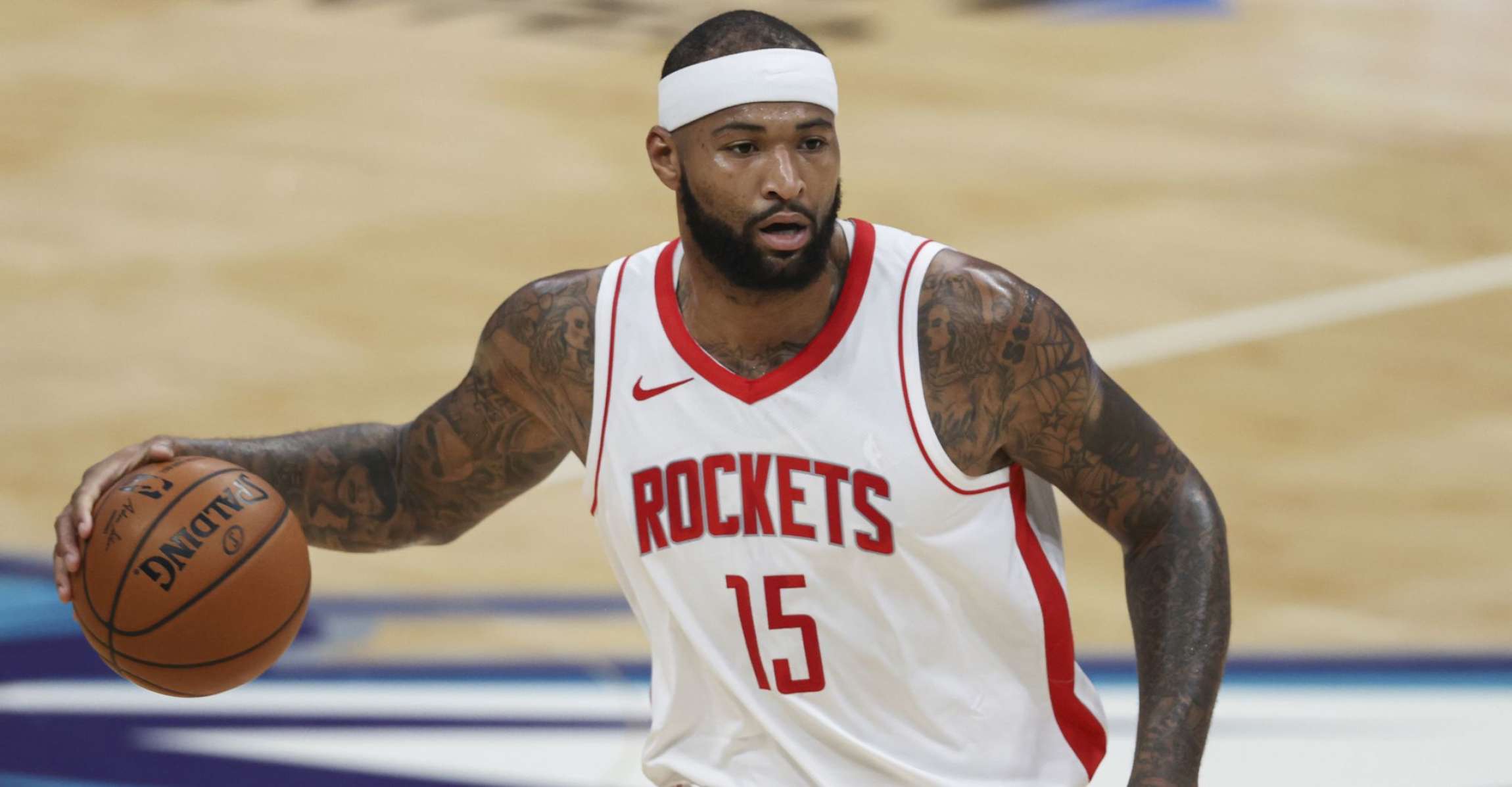 Demarcus Cousins is right up there with Derrick Rose and Brandon Roy as the biggest what-if stories had their careers not been plagued with injuries. Cousins was an absolute beast on the Sacramento Kings and earned a big trade to the New Orleans Pelicans in 2017 to team up with Anthony Davis.

His first season with the Pelicans started great but ended with him rupturing his achilles. Since that injury he has never been the same. In the past three seasons he has played for three different teams, most recently the Houston Rockets, who released him after 25 games with the team.

With all the contenders signing the remaining free agents, it could be Boogie Cousins’ time. Here are the best possible landing destinations for the big man.

The Clippers have been in need of a commanding big man and are widely reported to be near an agreement on a 10-day contract with Cousins.

Los Angeles is looking for a third center behind Serge Ibaka and Ivica Zubac. As good as Cousins once was, he cannot expect to be the starter on any of the teams on this list. Even so, he can still have an effect on a winning team. Before his ruptured quad with the Golden State Warriors, Cousins was starting to have a real impact on the court.

The Los Angeles Lakers and Brooklyn Nets made front court signings with Andre Drummond going to Los Angeles and LaMarcus Aldridge going Brooklyn. This could have pressured the Clippers into making a move after a quiet trade deadline, only acquiring Rajon Rondo.

The Celtics season has been nothing short of disappointing. Currently sitting in 7th place in the East, and really lacking an identity has, no doubt, put Brad Stevens on the hot seat.

Before the trade deadline, the C’s added some wing depth with Evan Fournier, while also trading away Daniel Theis to the Chicago Bulls. This should allow Robert Williams to get a lot of run as the new starting center. Tristan Thompson will slide to the backup and there is a spot for Demarcus Cousins as a rotation guy.

The Mavericks added JJ Redick and Nicolo Melli at the trade deadline, and while that did help with their frontcourt issues, they could still utilize Cousins. Kristaps Porzingis has had trouble staying on the court and Cousins could be used as handcuff for him.

Luka Doncic has looked like he has needed help on the offensive end when Porzingis is out. Cousins averaged just under 10 points and 8 rebounds per game this season. He still has a little left in the tank and with limited time on the court, Rick Carlisle may be able to get the best out of him.

The Heat had their sights set on LaMarcus Aldridge as their new big man, but that ship has sailed. After starting the season terribly, Miami has somewhat turned it around, but still sit in 8th place. They are making a strong push to win now with the acquisition of Victor Oladipo and Trevor Ariza.

Through those trades, the Heat lost front court duo Kelly Olynyk and Meyers Leonard. At the deadline the Heat also received forward Nemanja Bjelica. Miami is still looking for a solid center option when Bam Adebayo is on the bench. Demarcus Cousins is that guy. If there is any team and leader that can control Cousins, it is the Heat and Jimmy Butler.

Madison Square Garden was also a potential destination for Drummond that didn’t pan out. The Knicks have been the laughing stock of the NBA for years, but seem to finally have turned it around. Tom Thibodeau has gotten the best out of Julius Randle and Derrick Rose and has New York in 5th place in the East.

The Knicks are a definite destination for Cousins. This is the first time in nearly a decade that the Knicks actually are a destination for players. It is time for New York to go all in on this year. They won’t be winning the Finals, but making the playoffs is definitely something they need to pursue. Demarcus Cousins would help their bid for their first postseason appearance since 2013.

Phoenix is probably the most unlikely team to sign Cousins, but it could be a good fit. The Suns are the surprise team of the year, holding second position in the league. Chris Paul and first time All-Star, Devin Booker have played a large part in their success.

Deandre Ayton’s numbers have been a little down from last year, but he has still been productive. The problem lies in the fact that he is unproven on the big stage. This is where Demarcus Cousins could slot in. Granted, Cousins has not had many appearances in the playoffs, but he still is a 2-time All-NBA and a 4-time All-Star.

The Suns have a solid frontcourt lineup with Dario Saric as the backup five, so it looks as though anywhere Cousins goes, he will be a third option center. Chris Paul is still proving how good he is, and that kind of player could be just what Boogie Cousins needs.

The fall of Demarcus Cousins is sad for any fan of basketball to see. A once dominant big man who has been tormented by injuries, is now just looking for a team to take a flyer on him. A 10-day contract looks likely for Boogie and it could be the 10 days that could make or break the rest of his NBA career.