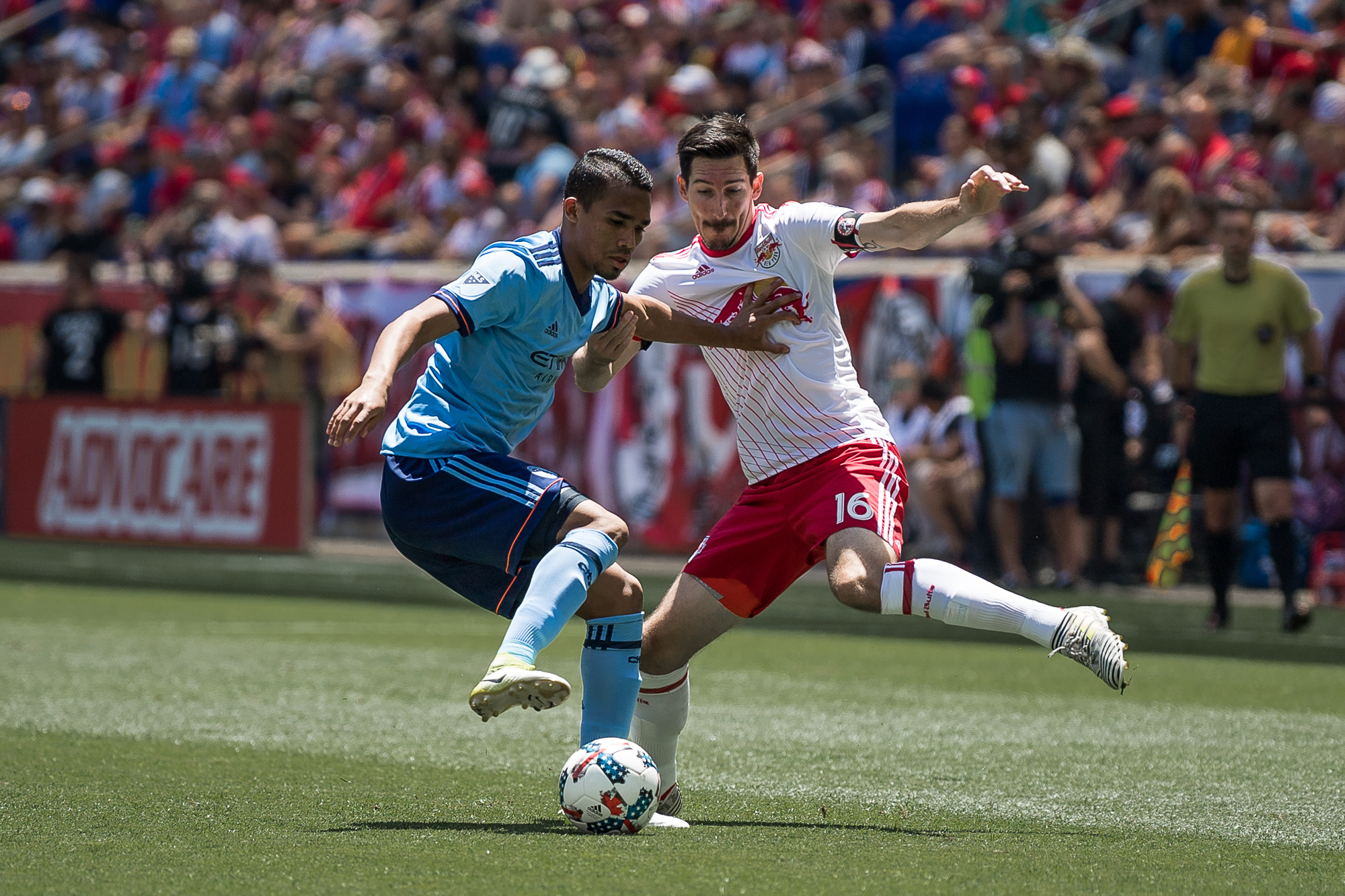 Soccer does not carry the same following in the U.S as it does in the rest of the world. Playing second fiddle to the “Big 4”, MLS does not receive the same coverage and attention the other professional teams do, especially in the New York/New Jersey area.

For me, I have often criticized the sport for it’s slow pace, low scoring, and frequent dramatic embellishments.

But there is an undeniable truth that I learned while covering my first professional soccer match this past weekend. 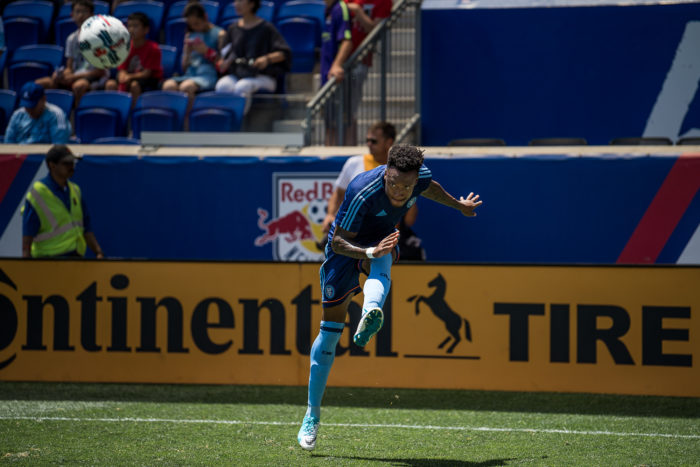 Soccer fans are insane, in the most delightful way possible.

I have covered and attended many sporting events on both the professional and amateur levels. I have seen rivalry matchups, playoff games, and some of the drunkest individuals this planet has to offer. But little has compared to the environment and atmosphere that I witnessed during the match between the NY Red Bulls and the NYC Football Club.

If you’ve ever attended a professional sporting contest of any kind, you will probably be familiar with the buzz of the crowd, the chorus of cheers for the big play, and the between play entertainment provided by a playlist of popular rock, rap, and country music.

But this was unlike anything I’ve experienced. There was no PA music, the hum was replaced by an unrelenting serenading of chants, cadences, and songs. And the persistent drum-beat gave the feeling of an army going into battle.

It started well before the opening kickoff and it sustained itself throughout the entire contest. This was quite impressive given mid-day heat of this late June afternoon.

I came to learn that the Red Bulls and NYC Football Club are the MLS equivalent of the Yankees/Mets, Giants/Jets, or the Devils/Rangers rivalries, which I’m sure played a huge part in the atmosphere. 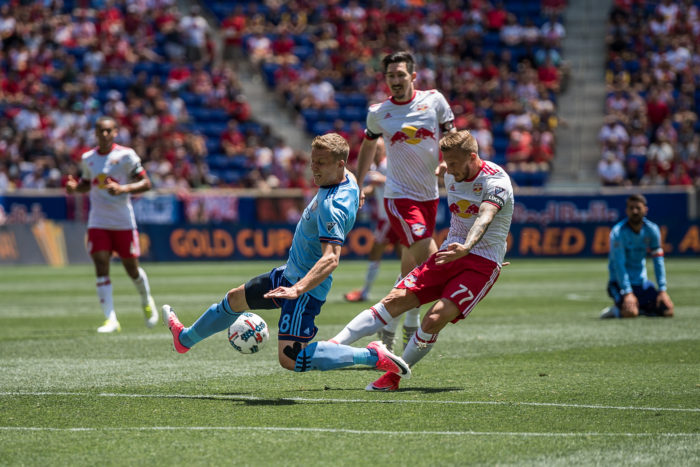 But my biggest surprise was that no matter how rowdy the crowd got, the fans remained respectful, and relatively well behaved. This was a fairly shocking revelation, considering the number of times I’ve seen or read about some soccer match escalating into a full blown riot. Yet to the best of my knowledge, no punches were thrown, no arrests were made, and everyone seemed to have a great time.

That is not to say there were not moments of bad behavior. But said behavior was isolated, and only a few individuals were responsible, and the surrounding spectators quickly condemned the actions, and those individuals were subsequently removed.

It was quite the experience, and I’m happy I got to see it from field level. I was surrounded by it, I was in the middle of it. I saw it from the perspective of the Athletes on the field, and it was exhilarating for me as someone who has little invested in the sport outside of my photography duties.

I can only imagine what this atmosphere does for the athletes themselves, and for the fans themselves.

Soccer is not a sport I have paid a lot of attention to in the past.

Perhaps that should change. 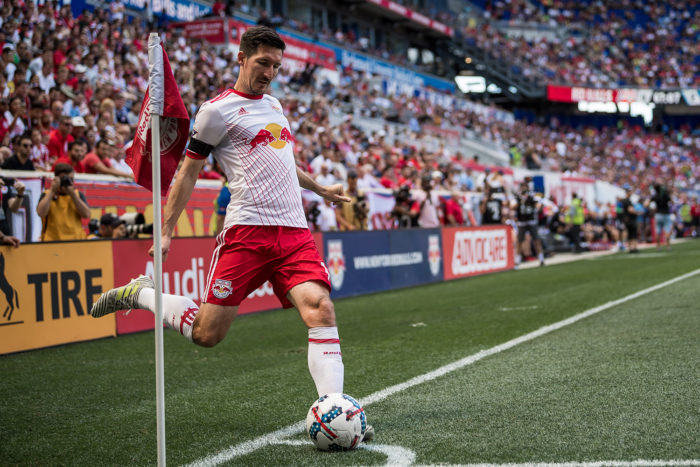 Fisch-Eye Sports is a segment of Back Sports Page that shows you sports through the eyes of a photographer.

NY Red Bulls vs. NYC Football Club – 6.24.17
The MLS is Using Rivalries to Bolster Fan Base